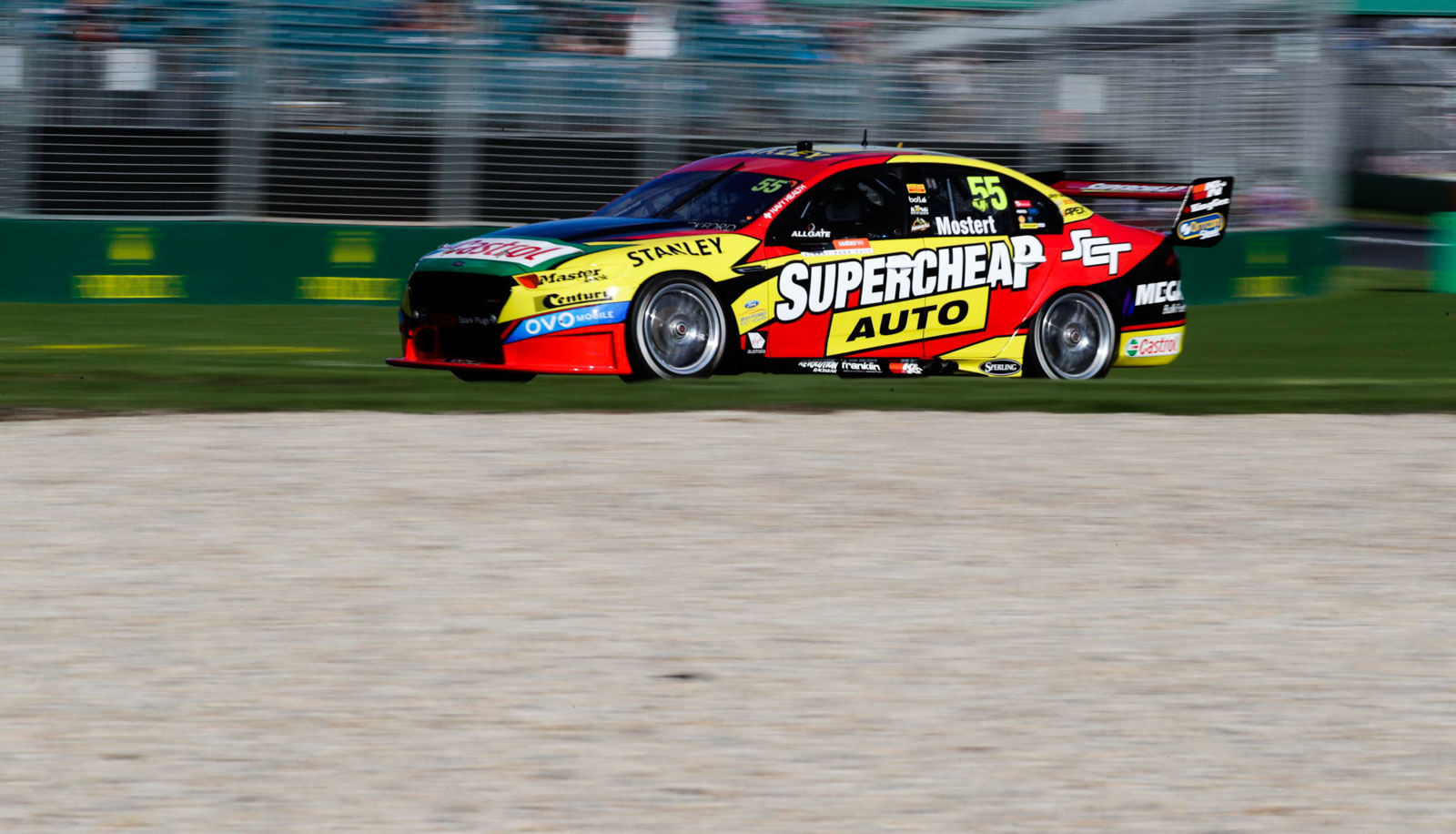 Chaz Mostert is confident that there’s plenty more speed to be unlocked from a new set-up direction that he and engineer Adam De Borre are exploring.

After a lacklustre 2016 for the Supercheap Auto Ford, Mostert has enjoyed a promising start to the new season, sitting fourth in points after a podium at the Clipsal 500.

More progress at Albert Park saw the 24-year-old sweep through for a drought-breaking win when the Shell V-Power and Red Bull entries stumbled in the final race.

Mostert’s resurgence has coincided with the return of De Borre following a single season for the engineer at DJR Team Penske.

“Each weekend we roll out we’re learning something new,” said Mostert ahead of this weekend’s Tyrepower Tasmania SuperSprint.

“The direction we’re going in is quite different to what we’re normally used to here at PRA.

“We’re having a real crack at it, but in saying that the more runs under your belt the more you learn about it.

“It’s not just about learning the positives, you’ve got to learn the negatives about it as well and fine tune the negatives out.”

Prodrive is yet to win a race at Symmons Plains since the Next Generation era began in 2013 and will head to Tasmania in the shadow of the fancied Shell V-Power and Red Bull entries.

While the two heavyweight teams have an imposing level of firepower behind them, Mostert has his head down focussing on his own efforts.

“If you worry about the other guys too much you’re not worrying about yourselves enough,” he said.

“All our focus is on us and on our performance and getting better.

“If anyone gets on top of us, good on them, but we know we’ve got to do a better job.”

Mostert is in for a busy three weeks, with his Symmons Plains and Phillip Island Supercars commitments split by the Bathurst 6 Hour.

As previously reported, Mostert and co-driver Nathan Morcom will defend their Bathurst title in a brand new Ford Focus.