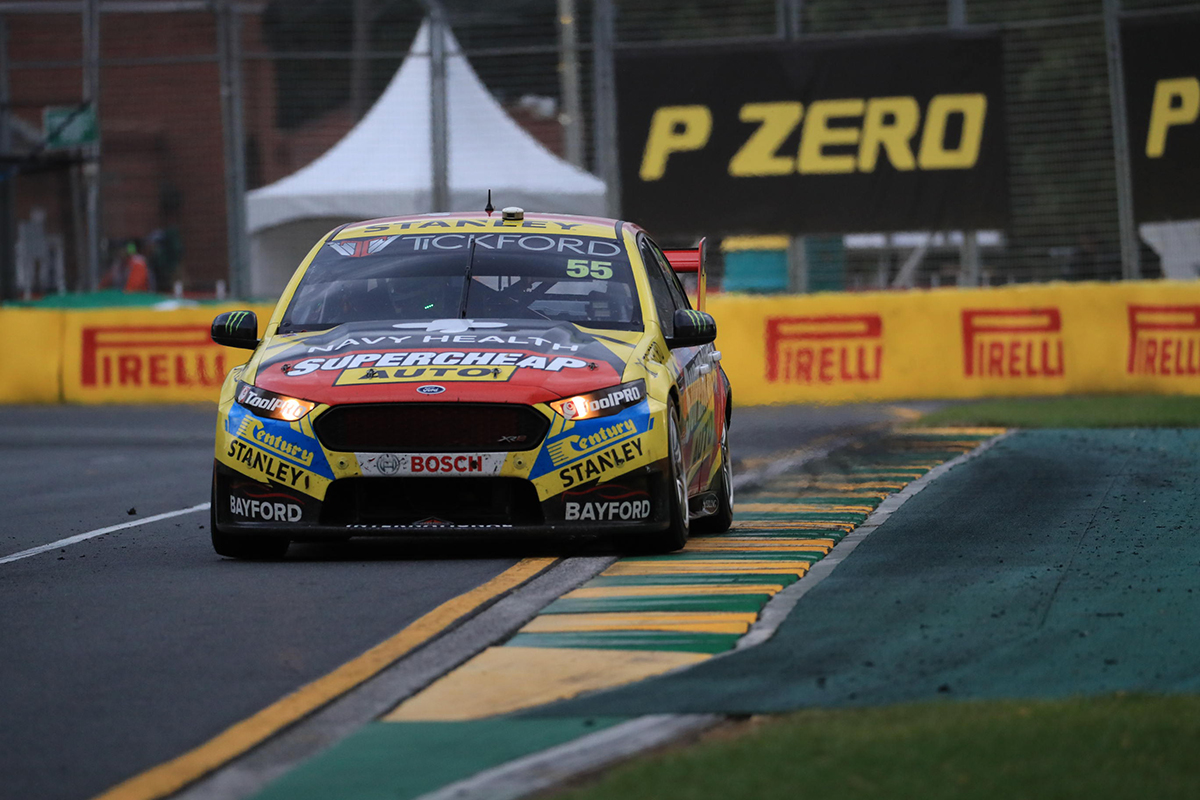 Tickford Racing’s Chaz Mostert says missing out on a shot for victory in the Coates Hire Supercars Melbourne 400 due to his pitstop for wets was a “real punch in the gut”.

Mostert started the third race of the Albert Park weekend in sixth place, having finished fifth and sixth in the first two legs.

After running seventh early, the undercut from an early stop vaulted the Supercheap Auto Falcon up what became third, 7.5 seconds behind eventual race winner Scott Pye.

Traditionally strong in wet and greasy conditions, Mostert was also just ahead of Nick Percat, who finished right behind Pye and Jamie Whincup, but pitted for wets with seven laps remaining.

Mostert ultimately had to settle for 10th, the first driver home on wets.

“The evening race was a real punch in the gut,” he said.

“The boys did a great job to get us out in P3, but when it rained we made a split-second call to pit for wets.

“Obviously it dried up a few laps later and we had just handed over heaps of track position.

“If it had stayed wet I think we would have been on for the win, but it didn't pan out.

“We battled back to a top 10 but the car was good enough for a podium which is tough.

“Sometimes when you gamble it backfires, that's just part of the game, but this one's really frustrating.”

Tickford’s rookie Richie Stanaway had a day to forget, not classified in the afternoon and 25th in the evening.

Having starred in the wet as a co-driver last year, a broken rain light at the start of the afternoon race left him four laps down from the outset. 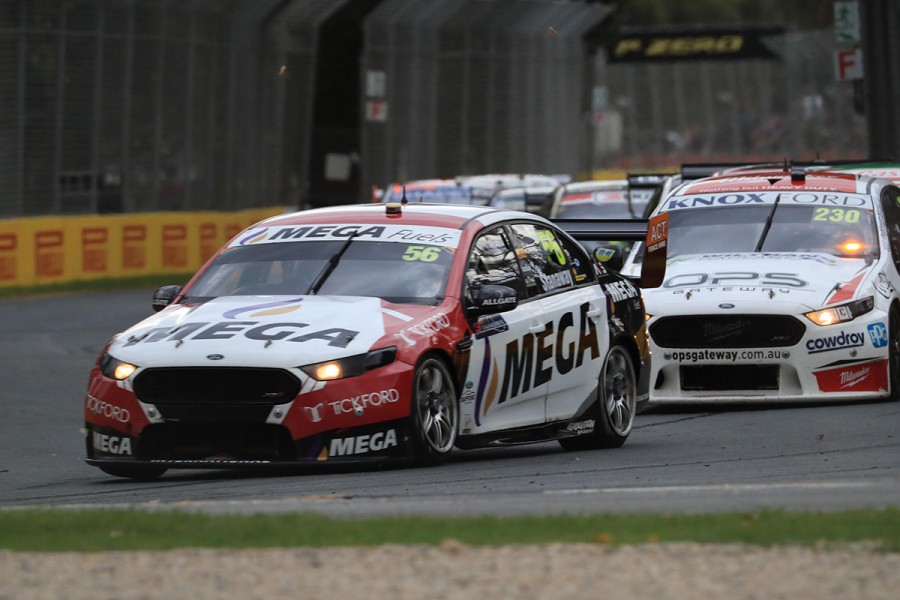 In the evening, Stanaway was running 20th before he pitted, but incurred a drive-through for speeding in the lane.

“Consistency is key in this sport, but the only thing we've done consistently is find new ways to have a race ruined,” he said.

“Our first race was done in because the rain light wasn't working, which should be a small fix but it went deeper than it needed to, so that race was basically just a practice session.

“I actually picked off six cars on the start of Race 5 and we had good pace like yesterday, but we made the call to pit when the rain started coming down, and I got hit for speeding.

“At this point we just need a clean race. We start towards the back again, but hopefully we can finish the weekend with something positive."