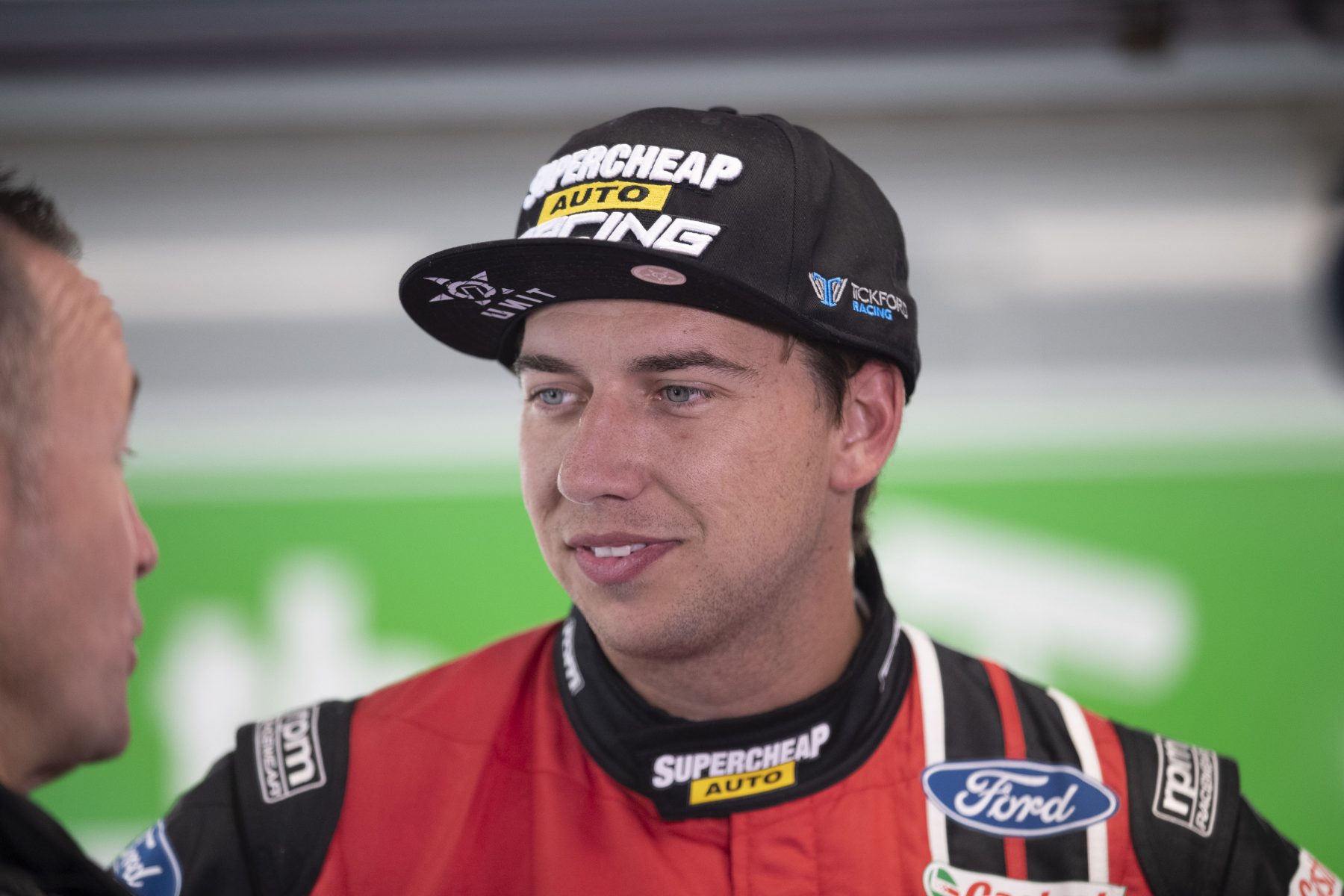 Chaz Mostert heads to a happy hunting ground at Queensland Raceway, as he attempts to avenge what he feels was a lost victory last time out in Townsville.

The Supercheap Auto Mustang finished fifth on the Sunday after requiring a late extra pitstop to make the fuel-drop requirement in the rain-hit race.

He’d charged from 16th on the grid to fourth in the opening four laps, showing off his skill in the damp conditions while on slick tyres.

Mostert and Tickford’s only win of the season to date remains the Saturday evening race at Albert Park in March, where Scott McLaughlin was a non-starter.

Gold Coast-based Mostert has a strong record in Ipswich, taking his first career win at the venue in 2013 while driving for Dick Johnson Racing.

He scored subsequent victories in the Sunday races with Tickford in 2015 and ’17, while a third on the Sunday in ’18 marked his first podium of a tough season.

“QR is a special place for me,” said Mostert, whose expected move to Walkinshaw Andretti United for 2020 has made headlines in recent weeks.

“Obviously I got my first win there back in the day, and we’ve had a fair bit of success over the years, hopefully we can add to it this weekend.

“Townsville was overall pretty positive but I feel like we let a win slip out of our hands there, so we’re pretty hungry to go out and get the most out of it this weekend.”

Tickford’s Townsville was highlighted by a Sunday ARMOR ALL Pole for Cameron Waters, which adds to the poles Mostert scored at Albert Park and Winton.

The team had a representative on the podium in Townsville both days; Mostert third on Saturday and Waters third Sunday.

Although in enemy territory, Ipswich being the test track for Shell V-Power Racing and the Red Bull Holden Racing Team, Tickford boss Tim Edwards is confident of more progress.

“It’s another opportunity for us to continue chipping away toward the front, so we’re looking forward to getting out on track,” he said.

“We’ve found some notable gains in the cars over the past few rounds, and it’s shown on the track so hopefully we can continue that trend.

“We just want to keep taking forward steps and I think we’re well placed to do that this weekend.”

All four Tickford drivers are in the top 10 of the championship, with Mostert fourth, Waters seventh, Will Davison ninth and Lee Holdsworth 10th.