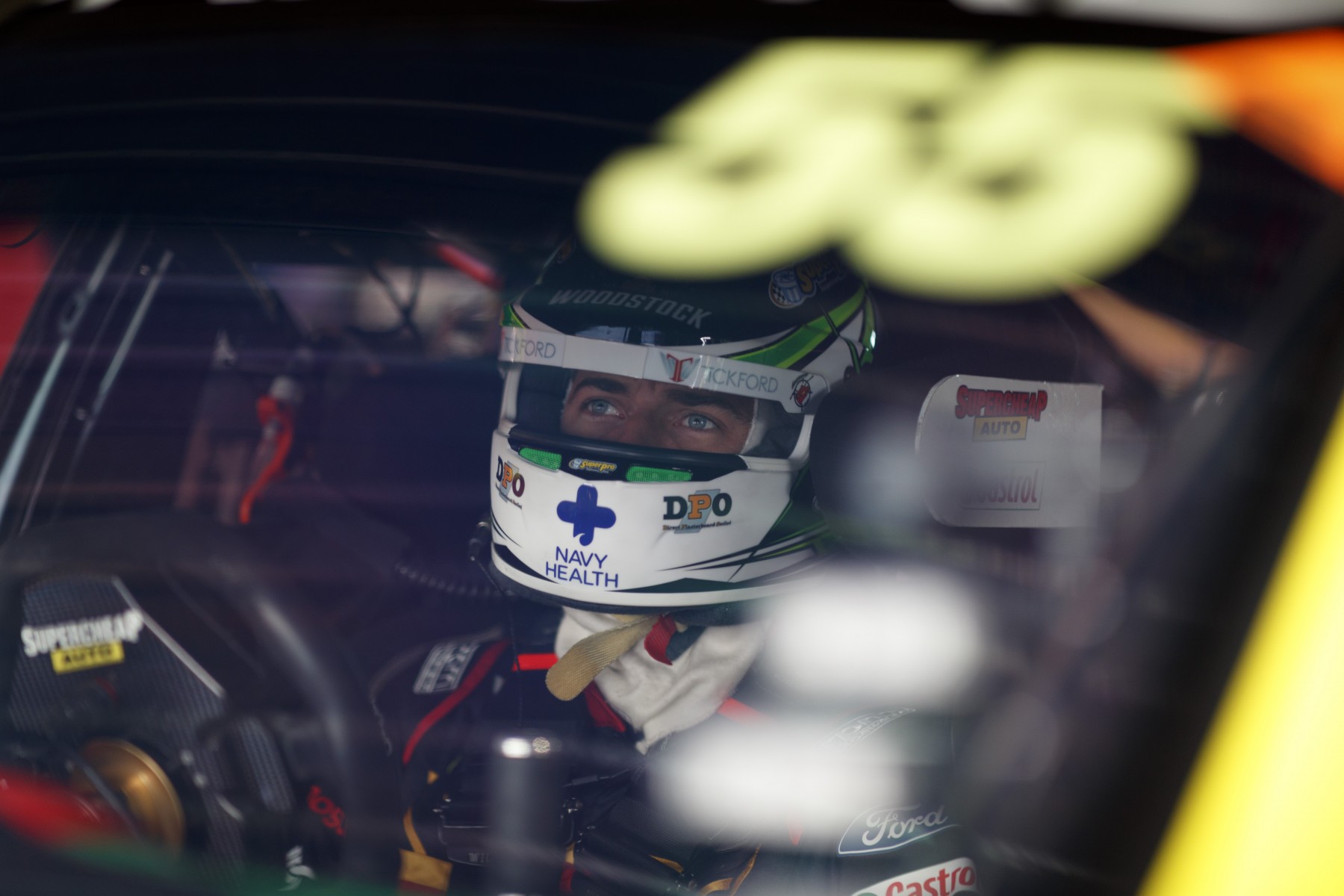 Chaz Mostert says Tickford Racing has taken “a different approach” to set-up for this weekend’s WD-40 Phillip Island 500 after a thorough debrief of a horror Symmons Plains.

The four-car squad failed to qualify a car in the top 10 for either race, with a 10th for Mostert in the 200km Sunday encounter the best showing from its weekend.

Mostert had been just 17th in Saturday ARMOR ALL Qualifying before retiring from that afternoon’s race after exhaust damage caused a fire at the left-rear of the Supercheap Falcon.

That incident aside, Mostert felt something was broken in the car throughout the weekend, such was its lack of speed.

The 26-year-old says the team’s post-event debrief did not reveal any such issues, but is hopeful that a set-up rethink can put the team back on track at Phillip Island.

Mostert is the reigning Sunday winner at the venue, having bounced back after being one of many to be struck down by a tyre failure in the Saturday encounter 12 months ago.

“I don’t want to talk too much about it until we roll out this weekend and see if we’ve gotten out some of the demons in the car,” he said of what went wrong in Tasmania.

“For me, the way the car was feeling, I swear something was broken in the car all weekend, but they’ve gone back to the workshop, looked at the car and everything seems to be in shape.

“Obviously some set-up trends that we went there with just didn’t work around Tassie, and that kind of scares you.

“A track that kind of has three main corners there, obviously start-stop, quite sharp, and obviously quite flowy as well, it’s not really going to be good here if we have the same car as Tassie.

“I trust in Adam [De Borre, engineer]. He has gone back and taken a different approach to it this weekend, hopefully gone back 12 months to where we were here, we had a good, reliable car that looked after its tyres.

“If we can’t get a result this weekend, then it’s back to the drawing board.”

Mostert took time out during his Phillip Island track walk on Thursday to pose for a photo with an ongoing reminder of his 2017 victory.

He had celebrated the win by performing a spectacular burnout in the Turn 1 run-off area – a move for which he was promptly fined $3,000.

Teams had been warned that no stationary burnouts would be permitted at the circuit, due to the potential for damage to the tarmac.

Describing it on social media today as “money well spent”, Mostert quipped that a repeat could be in store if he was to win again this weekend.

“If I did win I’d probably forget all that again and get another fine,” he laughed.