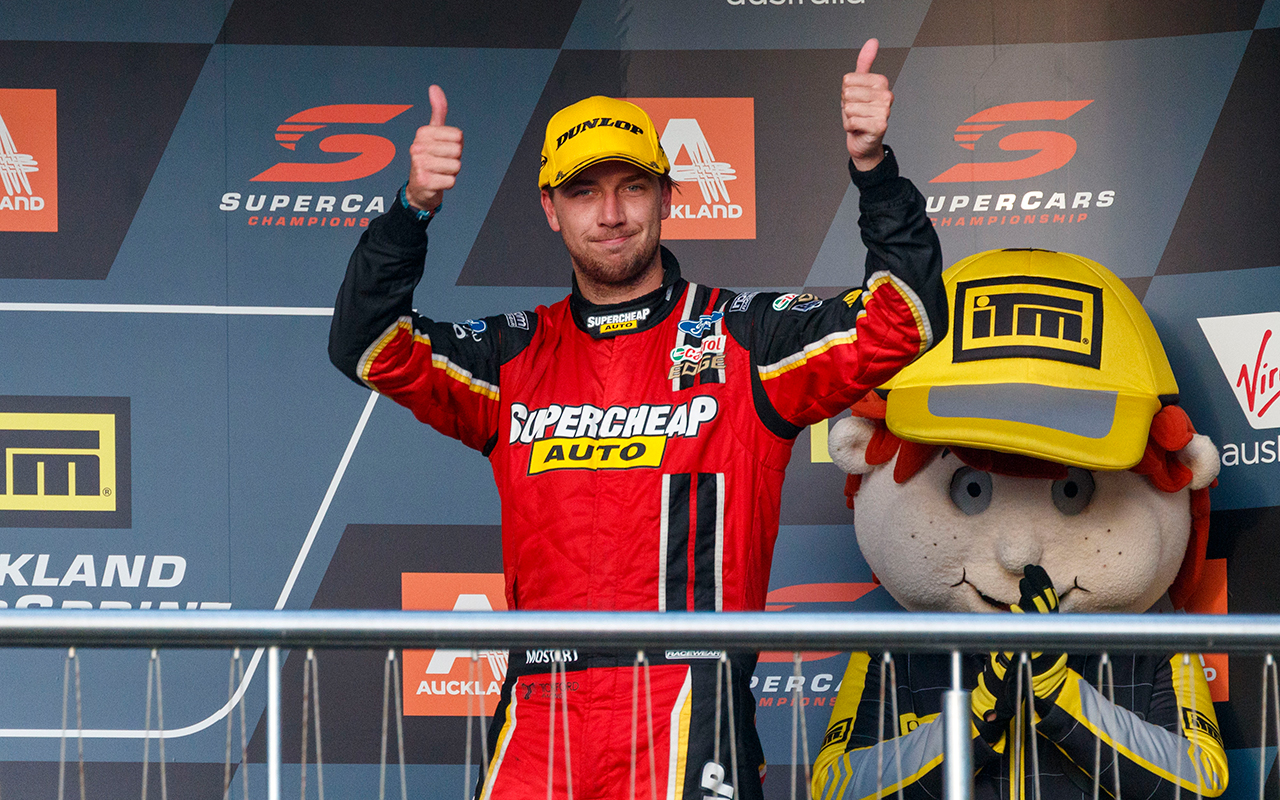 Chaz Mostert described his podium place in Sunday’s Pukekohe finale as “all for Lee Holdsworth” on a dramatic day for Tickford Racing.

The team’s day was heavily impacted by the Safety Car deployment that defined the 200km race, with three of its cars caught in the drama.

Starting second, Holdsworth had joined Jamie Whincup in pitting early and was running behind the Holden when the Safety Car was called.

While Whincup overtook the Safety Car and was later penalised, the delay dropped The Bottle-O Mustang to 11th.

Cameron Waters and Will Davison were likewise shuffled outside the top 10 having also pitted early in the race.

That meant all three were at a fuel deficit to those who took on an extended fill under the yellow, compounding their woe.

The trio eventually greeted the flag 13th through 15th, with Davison leading Waters and then Holdsworth. 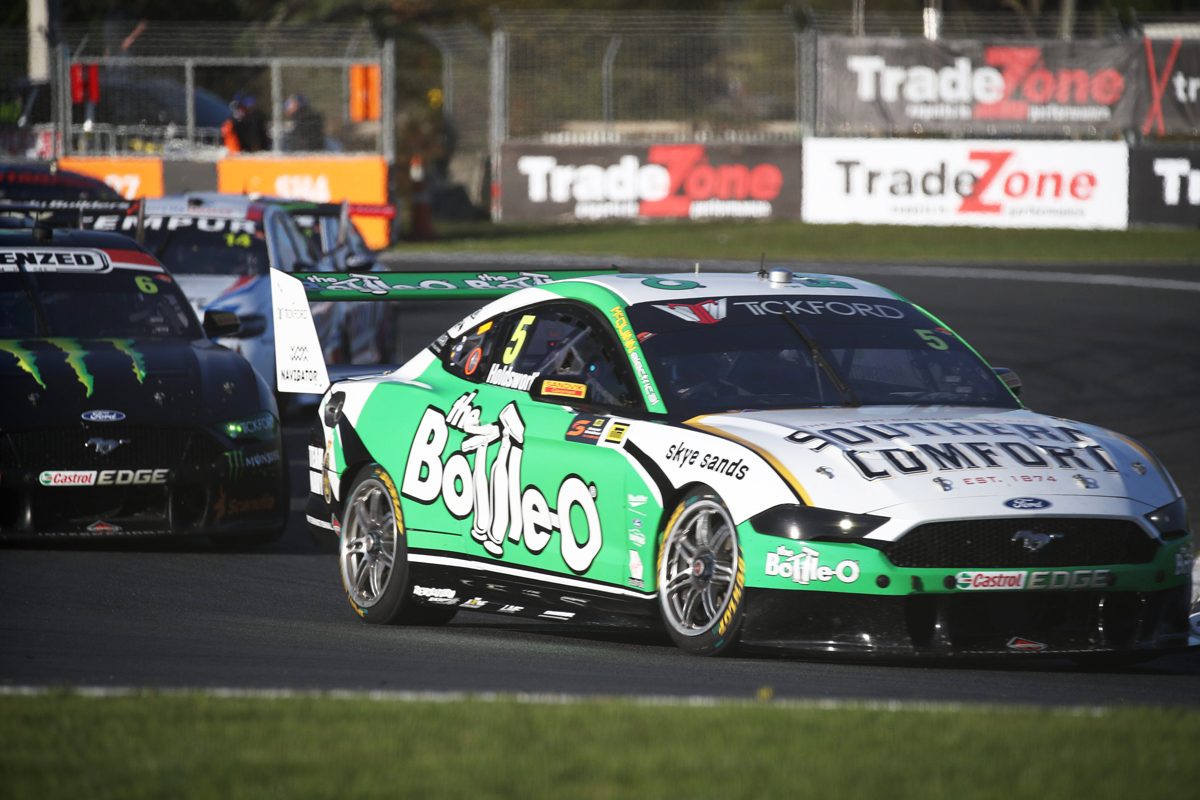 “This is probably bittersweet, I don't deserve this trophy today, this is all for Lee Holdsworth,” said Mostert of his podium.

“I mean, what happened in the race just shouldn't happen and he deserves this podium more than us, he was in a better spot, so it's a shame.

“I’m lost for words because this is for Lee Holdsworth, this is his trophy.”

Holdsworth was furious post-race, describing it as a “stuff up from race control” - an assertion that CAMS officials have defended.

“I’m looking forward to an apology from them, I think a fair few of us can expect that,” he said.

“It's just such a shame for my sponsors and my team. We were on for some silverware there, so not much more you can say.”

Tickford boss Tim Edwards admitted that Holdsworth, Waters and Davison were always going to be disadvantaged by the Safety Car, due to their fuel situation.

However, the nature of the deployment meant they were unable to use their speed at the front of the pack, as Whincup had done on Saturday.

“We were already going to be on the back-foot slightly because obviously we didn't get to put all that extra fuel in that the others put in under the Safety Car,” Edwards said.

“You saw [on Saturday] you can overcome that, because obviously Jamie [Whincup] and that found themselves in the same situation yesterday.

“But for us, as soon as all the confusion with the positioning and we got bumped to the back of the field, our day was over.

“It's pretty tough, the drivers are beyond angry, they're just livid about the situation.”