Running for the first Supercars night race in Australia since 1997 started with a 40-minute session under lights at Sydney Motorsport Park.

To that extent, some teams opted to focus on pitstop practice in the floodlit pitlane in the opening stanza.

Mostert was still on top entering the final 10 minutes, 0.0381 seconds ahead of Scott McLaughlin, with David Reynolds fourth behind van Gisbergen. 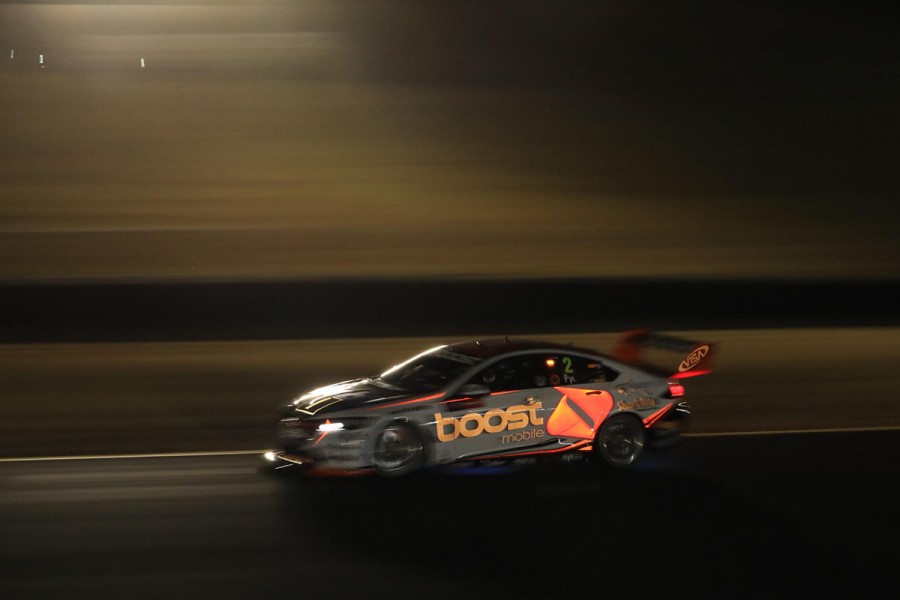 That put the Supercheap Auto Ford 0.2047s clear of Pye's Mobil 1 Boost Mobile Commodore at the end of the night's running.

“We’re probably one of the only cars to run tyres, so we popped up there at the end, but it felt OK on the used tyres, it was fairly comfortable,” said Mostert.

“It felt really quick out there, probably the fastest a Supercar has ever felt for me, flashing in and out of the light.”

Mark Winterbottom made it a pair of Tickford Falcons in the top three with third place, 0.4514s adrift, shading Rick Kelly in his Castrol Nissan.

“To go down that straight on the first lap, I was actually a bit nervous… it was like someone turning all the lights on when you’re asleep and waking you up.”

Championship leader McLaughlin wound up fifth, ahead of Nick Percat and Jamie Whincup.

"That is wild. It’s the coolest thing I’ve ever done,” said McLaughlin.

“Down the chute, you go into [Turn] 1 and the first couple of laps I missed all my markers and was caught out by it all.

“I got held up really badly in the second sector, there’s still a fair bit to play with, but finding those marks… it feels like you’re doing 400 clicks, it’s crazy.”

Whincup spent most of the session focusing on a longer run, and was 23rd starting the final minute before improving to seventh.

James Courtney, van Gisbergen and Reynolds rounded out the top 10.

The fastest 10 drivers in the combined order from this session and Practice 2 on Saturday morning will skip the first phase of the knockout ARMOR ALL Qualifying.

Just beyond that current cut off, Anton De Pasquale was the top rookie in 11th, while Craig Lowndes was 12th and Fabian Coulthard 19th.

Andre Heimgartner had a delayed start, missing the first half with an electrical problem on his Plus Fitness Altima, but improved late to take 18th.

Lee Holdsworth lost running through a power steering problem with his Preston Hire Racing Commodore, and wound up 24th.

Practice 2 starts at 1:20pm on Saturday afternoon, before qualifying and the 77-lap race at 7:20pm.