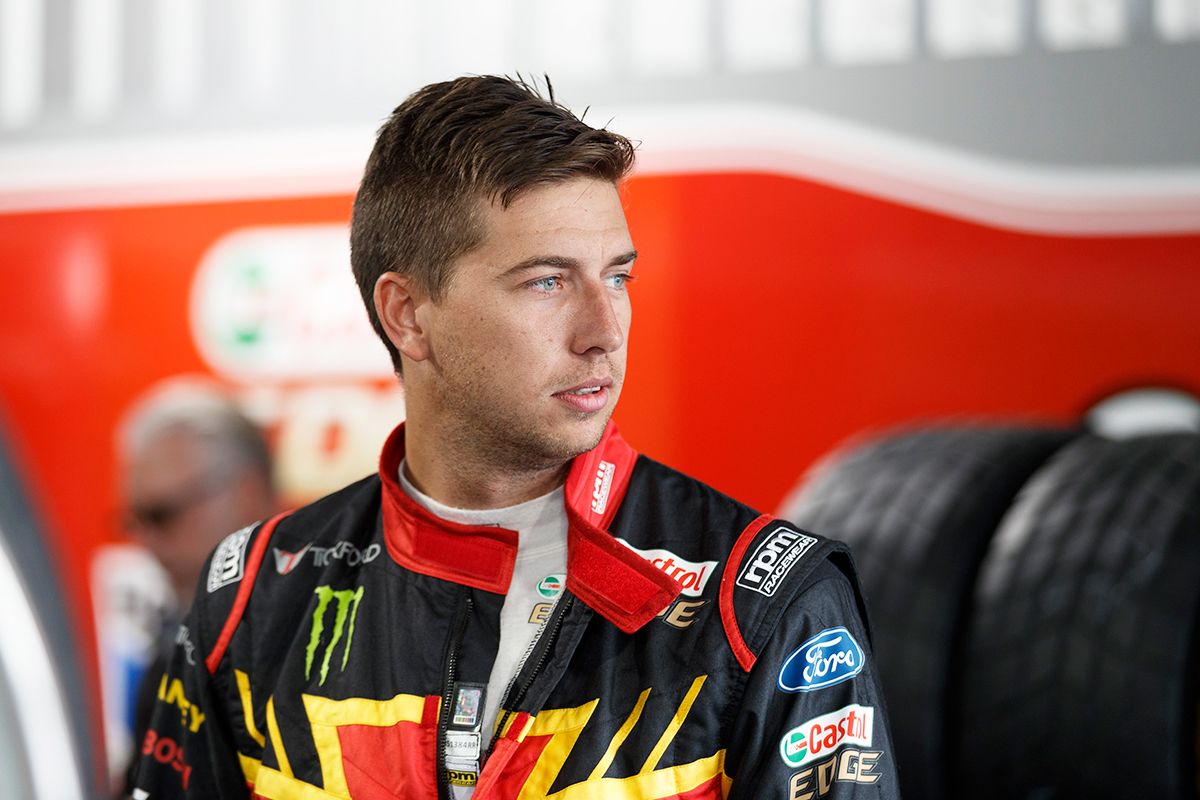 Tickford Racing's Chaz Mostert admits his off on the opening lap of Sunday's Truck Assist Winton SuperSprint race was simply a "balls-up".

After finishing second on Saturday, Mostert started fifth on Sunday only to fire his Supercheap Auto Mustang into the gravel at Turn 7 on lap one.

He fell to the back of the pack and picked up a spot before firing wide again at Turn 3 the next time around.

Even with a 15-second penalty for a Turn 10 clash with James Courtney, Mostert worked his way back into the mid-teens.

He then opted to pit during the late Safety Car period for fresh tyres and advanced from 15th to salvage 10th after the restart.

"First lap, what a balls-up from me," Mostert said.

"Pretty aggressive over that kerb, tyre pressures not quite up, just bucked-off there and skated me a bit wide.

"It happens, it happens to everyone out there, but today it bit me.

"We obviously went aggressive [with the] strategy to pit early and try to get some clean air and run, and I think it was working for us.

"The Courtney thing, I don't know, we're here to race, we're not here to just sit behind each other and make it boring.

"That was a bit rude, and then we were very lucky with the Safety Car, or else we probably would've been 16th at the end.

"Someone was looking down on us today to put another set of tyres on and get some more points, but it was a tough race for us."

The Safety Car was the result of Will Davison's Tickford Mustang stopping on track with a suspected transaxle failure.

Davison was running sixth at the time, between team-mates Lee Holdsworth and Cameron Waters, who ultimately finished fifth and sixth.

"Certainly the first couple of laps didn't quite go to plan, but you know, he got caught out a little bit with the cold tyres," Edwards said.

"I'm sure he'll look at the footage tonight and go 'geez, why did I do that?'

"But he's a race-driver, he was having a go and pushing hard a little bit too early there."