The three-part, knockout ARMOR ALL Qualifying session was peppered by light rain, which began falling partway through Q2.

It appeared unlikely to stop practice pacesetter McLaughlin, who clocked a record-setting 1:47.6968s early in Q3, to be 0.7624s clear of nearest rival Mostert.

Without enough fuel to complete another run, McLaughlin then parked his Shell V-Power Mustang as the remainder of the field returned to the circuit.

Mostert subsequently recorded 1:47.5227s to take a surprise pole by 0.1741s ahead of McLaughlin, while Mark Winterbottom rocketed to third.

“I don’t know what happened out there to be honest,” said Mostert of his third ARMOR ALL Pole of 2019.

“The car was pretty good at the end there but yeah, it’s pretty sketchy.

“When you see drops on the window around here and such a smooth surface, you know that it’s going to be really slippery when you don’t realise it.

“For me it was just stay on the black stuff.”

McLaughlin blamed himself for the lack of opportunity to do a final run, with refuelling prohibited during the session.

“We ran out of fuel so we didn’t have enough fuel to go out and have another lap,” he said.

“That’s probably my fault because I stuffed up the first session [Q2] so just did an extra lap, but a bloody good lap by Chaz, so well done to him and his guys.

“We’re still P2 and a good chance to win the race.” 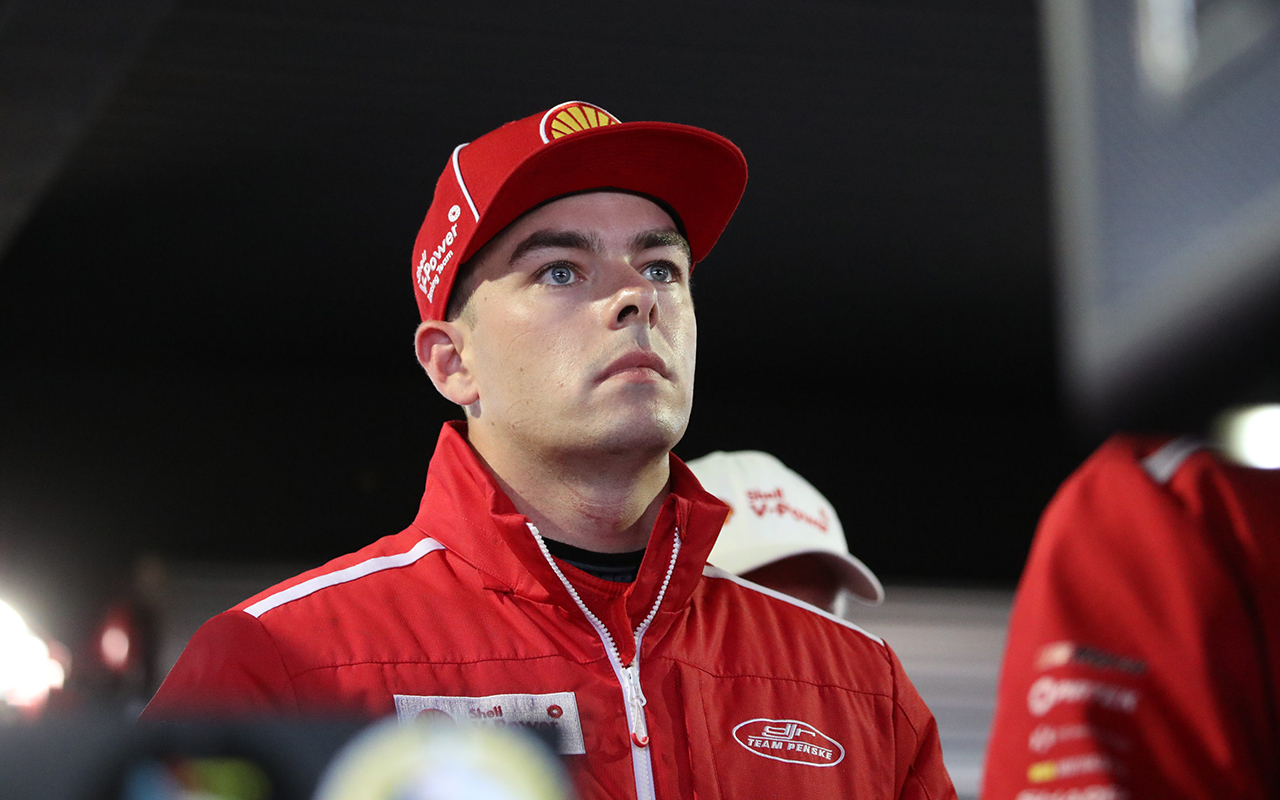 Will Davison will start behind the Red Bull pair in 10th after stopping on track when his engine cut-out during his final Q3 run.

Van Gisbergen and Whincup had appeared in jeopardy of being knocked out in Q2 having not set a time when the light rain started to fall, but the track proved dry enough for late improvements.

The big victim of Q2 was David Reynolds, who could only manage 12th, behind Tickford Racing’s Lee Holdsworth.

Simona De Silvestro had sat 10th before the final Q2 runs but fell to 13th, ahead of wildcard Thomas Randle, Rick Kelly and James Courtney.

For De Silvestro, who like Courtney had progressed from Q1, 13th marks a career-best qualifying during her third full-time Supercars season.

It was a tough session for Brad Jones Racing, with Tim Slade, Macauley Jones and Nick Percat starting 17th through 19th after failing to progress through the opening segment.