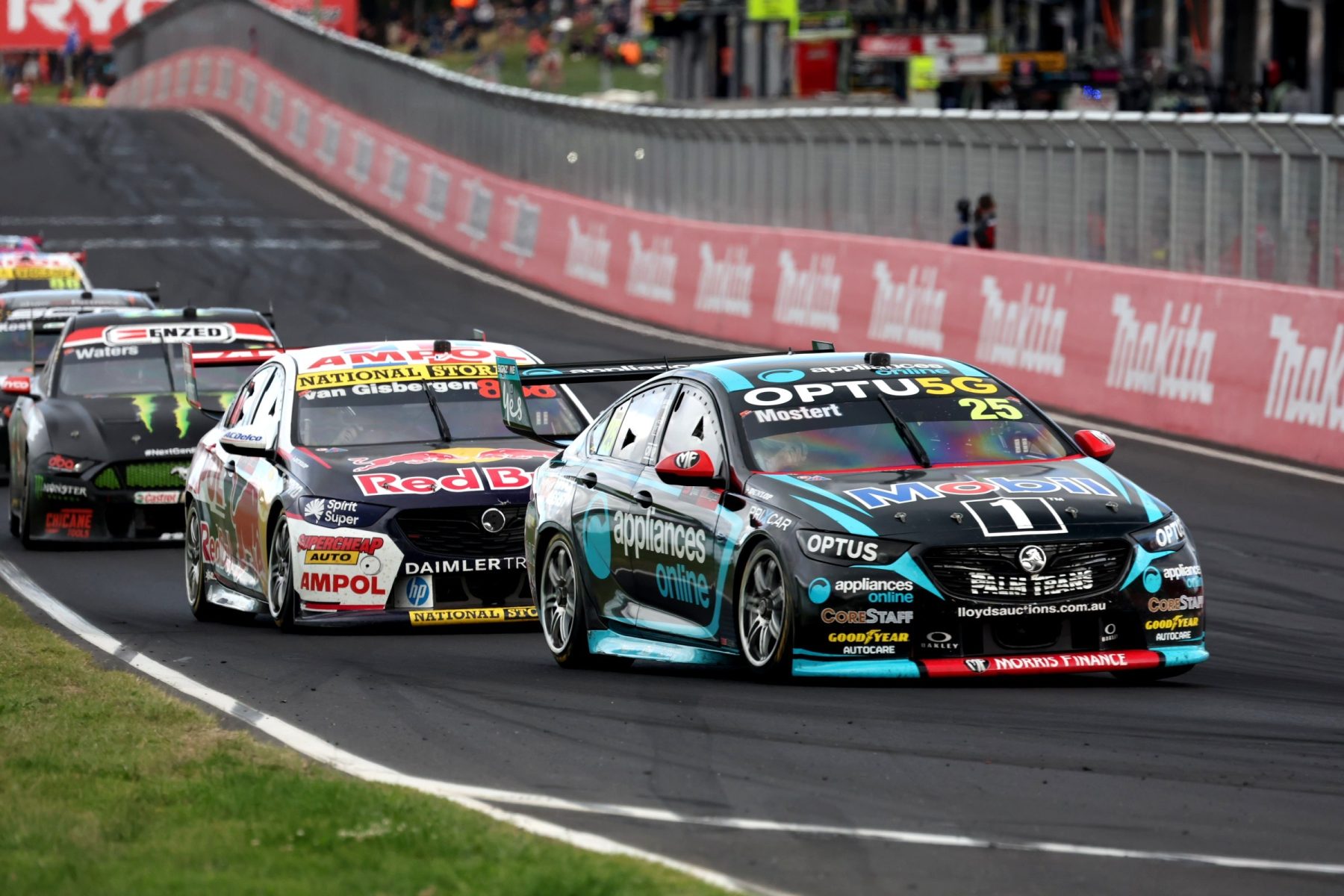 It came after the car suffered a puncture in the opening half of the race.

As the pit sequence played out, it was Mostert being chased by van Gisbergen, who dropped out of contention with a puncture of his own.

Time after time, restart after restart, Mostert was forced to hold off van Gisbergen, who officially claimed the 2021 title.

"I don’t know what stint it was, but he was ahead of me and tried to play silly buggers,” said Mostert, who secured third in the 2021 standings.

"He blocked me and the cars behind me got into the back of me and it could have ended pretty badly at that point.

"When he was doing that, for me that was confidence building even though I lost a few positions.

"Because for him to do that he knew we had a fast car and if we got anywhere around him he knew he was going to have to work really hard to beat us today.

"So even though I was a little bit annoyed at him at that point, I drew confidence from the situation.”

The win capped a remarkable week for Mostert, who lowered the Supercar lap record to score pole on Saturday.

Earlier in the week, he clinched the TCR Australia title.

“You think you’re pretty lucky to get two achievements so you think a third one’s not going to happen, so you’re fighting that mentally all day,” he continued.

"At the end of the day to win Brocky’s trophy it’s overwhelming. Three big achievements this week is just awesome.

"It’s been such an enjoyable week. I’ve probably been more relaxed than I’ve ever been because the car has been doing what we want it to do.

"To finish there with a few seconds breathing room so you could enjoy those last couple of laps… was a real credit to the car speed we had."