Tickford Racing's Chaz Mostert denied Fabian Coulthard a run from Q1 to P1, to take a second ARMOR ALL Pole of 2019 at the Truck Assist Winton SuperSprint.

Mostert turned a 1:20.6224s lap after the chequered flag flew in the final phase of ARMOR ALL Qualifying to depose Coulthard, who had to navigate the first segment.

The final margin was 0.2695 seconds in drying conditions, Mostert's other pole of 2019 coming at Albert Park in March.

While the Mostert-led practice finished in largely-dry conditions, rain fell again at Winton between the sessions.

That made wet tyres the preferred option for the first two phases, before drivers switched to slicks for the finale. 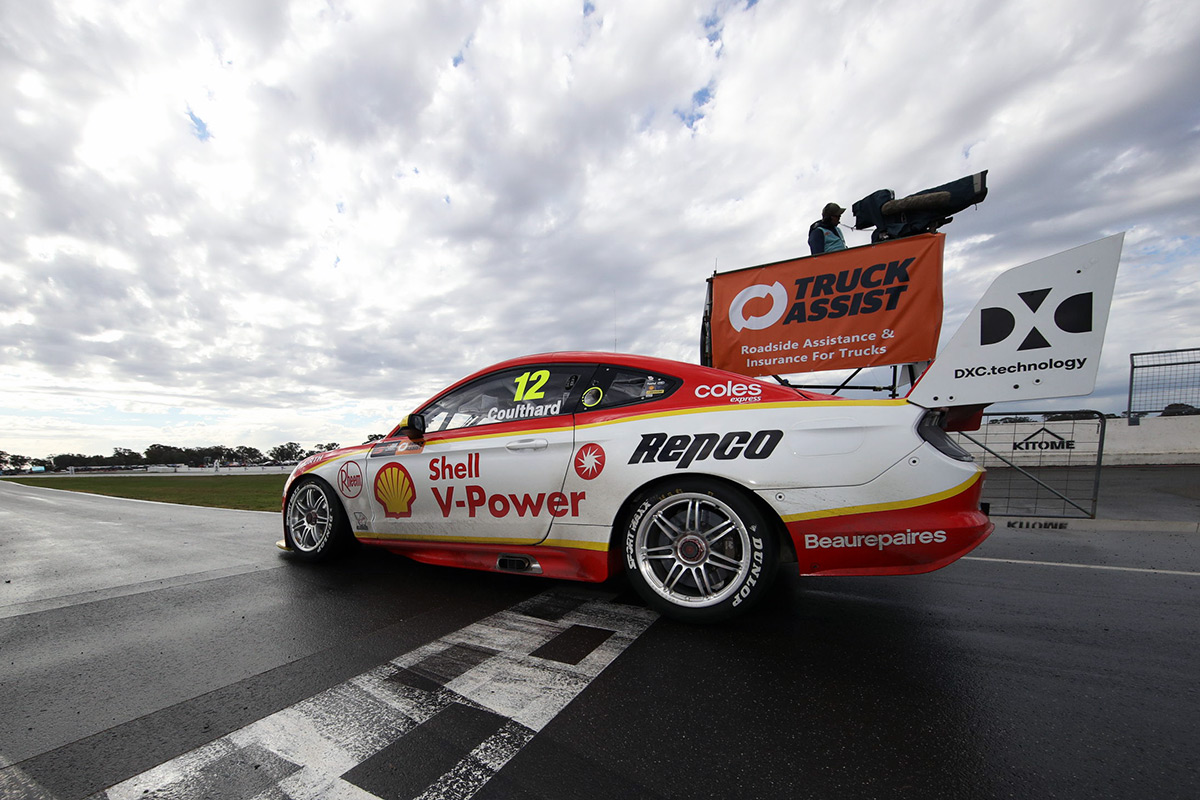 Coulthard then had a stint at the top, before McLaughlin turned a 1:21.3879s with four minutes remaining.

Subsequent improvements put Coulthard back in P1 and down to a 1:20.8919s just before the chequered flag flew.

Mostert was not done, and took his Supercheap Auto Mustang to a 1:20.6224s to secure an 18th Supercars pole.

“This is for all the boys and girls at Tickford,” Mostert said.

“It’s been a bit of an up and down year for us and these poles don’t come easily.” 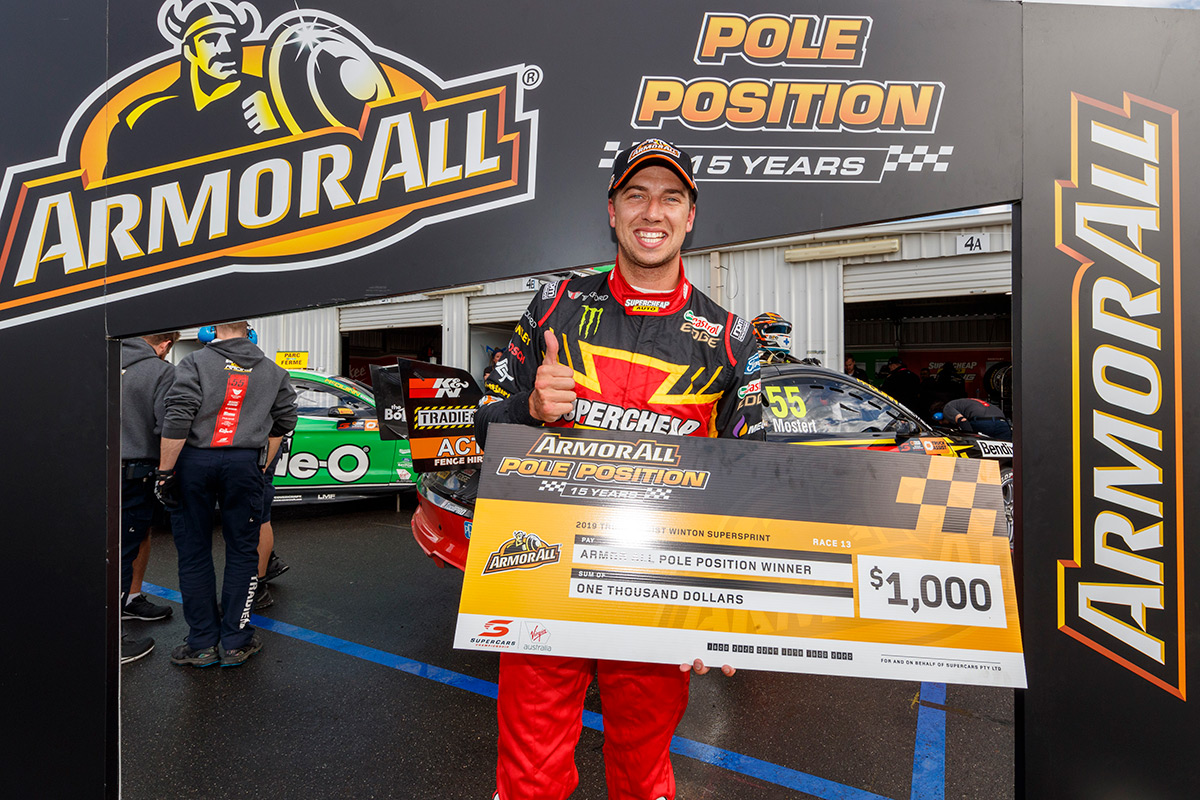 Coulthard had to settle for second, while McLaughlin abandoned his final flying lap after a slow middle sector and fell to fifth.

David Reynolds joined Coulthard in coming from Q1, and qualified third in his Penrite Racing Commodore, 0.5586s off Mostert.

“I think I should have come and put new tyres on with five minutes to go,” said Reynolds.

“Al (engineer Alistair McVean) asked if I wanted to and I said no at the time. In the moment I was just trying to maximise the track and thought that’d be good enough.

“But Chaz came in and put new tyres on and did the best job, it’s a credit to them.”

Mobil 1 MEGA Racing had James Courtney and Scott Pye a morale-boosting fourth and seventh amid a tough start to 2019. 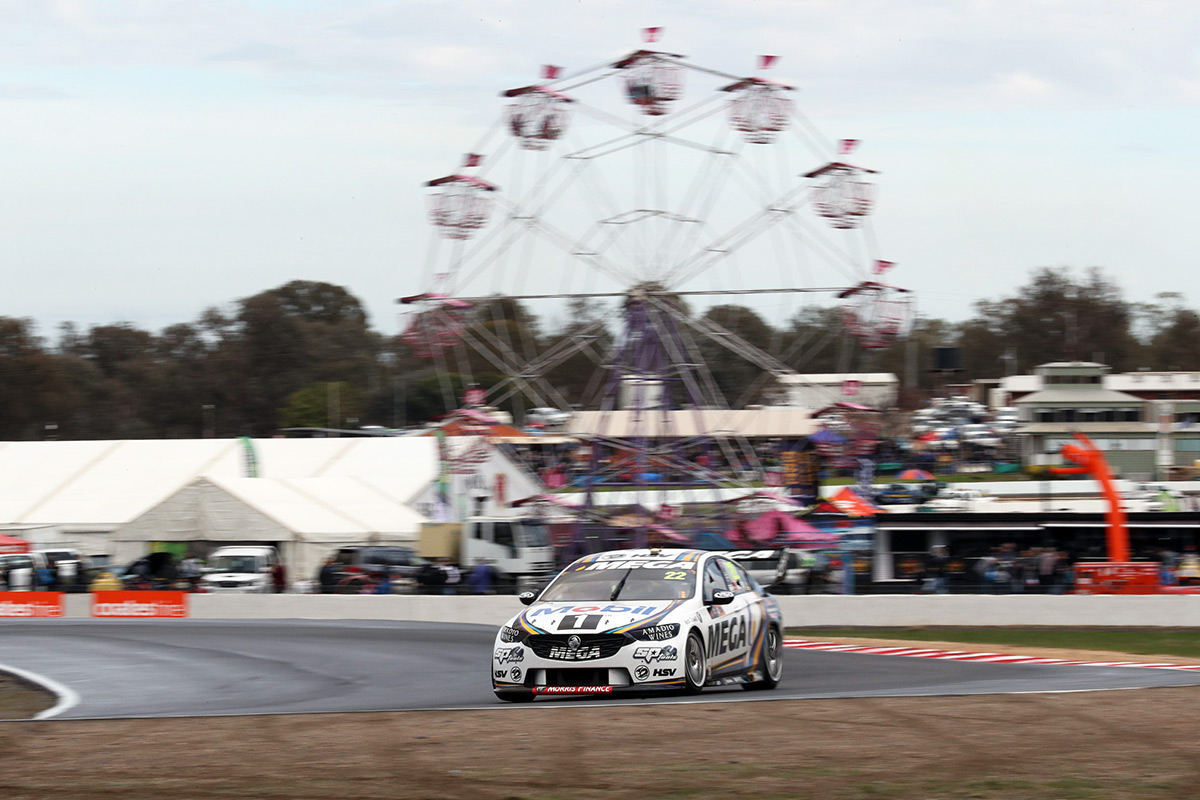 Sixth went to Mark Winterbottom, while Garry Jacobson, James Golding and Whincup were the other Q3 runners, Whincup after an off at the sweeper.

Jacobson and Golding also had to advance from Q1, with eighth a career-best for Kelly Racing Nissan rookie Jacobson.

“It’s a rookie season, you treat every little win like a big one because you have to keep positive and keep the momentum going,” Jacobson, who lives in nearby Shepparton, said.

“As much as it’s a tough championship to break into, I’m starting to get better in the dry.

“In Perth, a top 15 was good there, and here to break through for Q3 at my home event with all my family and friends watching was an awesome experience.” 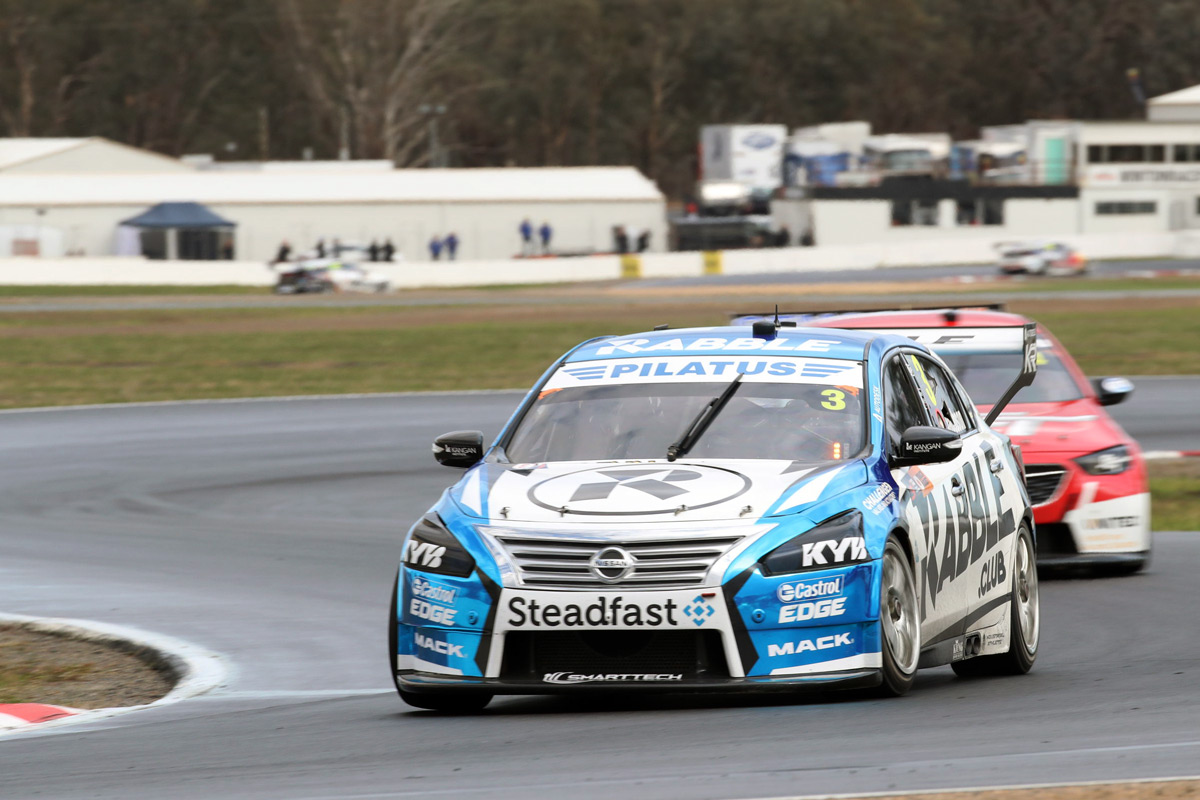 Cameron Waters and van Gisbergen were bumped out of Q3 spots in the closing stages of Q2 and will start 11th and 12th.

They were joined in exiting the session there by Q1 graduate Anton De Pasquale, Lee Holdsworth and Rick Kelly.

Will Davison could not progress from Q1 and will start 16th, joined down the order by Brad Jones Racing pair Nick Percat and Tim Slade in 17th and 19th.

Jack Le Brocq gambled on slick tyres in Q1, but that did not pay off and the Truck Assist Tekno Commodore will start 25th and last.