Chaz Mostert has extended Tickford Racing’s early stranglehold over the ITM Auckland SuperSprint, becoming the team’s third different driver in as many sessions to top practice.

Mostert logged his 1:01.8983 lap with just over a minute remaining in Practice 3 to knock teammate Will Davison off the top of the leaderboard, the latter having taken the honours in the opening session of the weekend yesterday.

Mostert’s time still was nearly three tenths slower than the record lap set by Lee Holdsworth in Practice 2 on Friday as sunshine bathed the Pukekohe circuit this morning.

“Every time we touch the car we make it go slower,” Mostert said, who ended Friday outside the top 10.

“The car rolled out of the box here the best it’s been.

“We keep trying to make the car better in little areas, but we’re just mad for a detune, so we just put it back to how it came over on the aeroplane and send it.”

Brad Jones Racing form man Nick Percat proved the #55 Mustang’s nearest rival, moving into second with a time just 0.0267s off the pace to end practice as the lead Holden.

Percat was the sole Commodore in the top five, followed by Davison, Scott McLaughlin and early pacesetter Holdsworth. 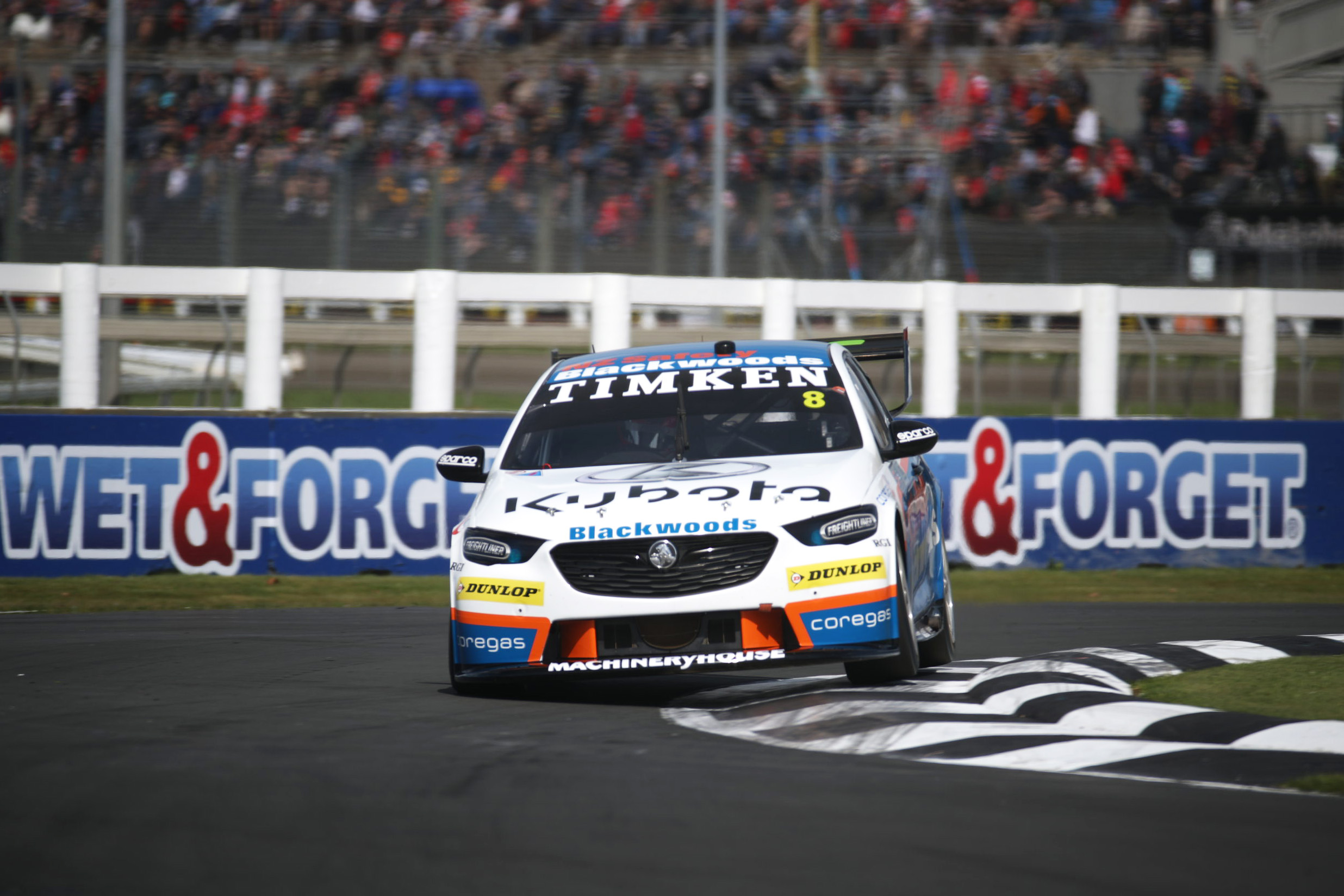 Rounding out the top 10 was Jamie Whincup, Cameron Waters, Shane van Gisbergen, Fabian Coulthard and Anton De Pasquale – the last three of which were shuffled down significantly during the late flurry of flyers.

Whincup received a post-session visit in pit lane from McLaughlin, the Shell V-Power Racing star checking after finding himself in the former’s way.

“Into Turn 5 I had another car right up my backside and I couldn’t see through him and then Jamie had his lights on, but he was on his in-lap,” said McLaughlin, who reported a positive session after losing track time yesterday.

“I just wanted to check we’re all good, but we’re fine.”

Simona De Silvestro was the lead Nissan in 15th, having sat as high as fifth at one point.

Her Kelly Racing teammate Rick Kelly was among the drivers to have an off-track moment, along with Richie Stanaway and van Gisbergen, whose Red Bull Holden Racing Team Commodore kissed the tyre barrier at Turn 4 but escaped without damage.

“Just trying, you know. It was Roland’s idea, he was trying to tell us the Fords were using more kerb at Turn 2 and that doesn’t work!” van Gisbergen explained.

“We don’t know who was on what tyres, we ran a better set but not new. It feels good, but there’s a big gap to P1. Those guys are quick, so we still need to find a bit.

“It’s loose in the low-speed, wets on the front [understeering] in the high-speed. We need to balance it up a bit.”

ARMOR ALL Qualifying will begin at 1.55pm local time ahead of a 4.10pm race start.