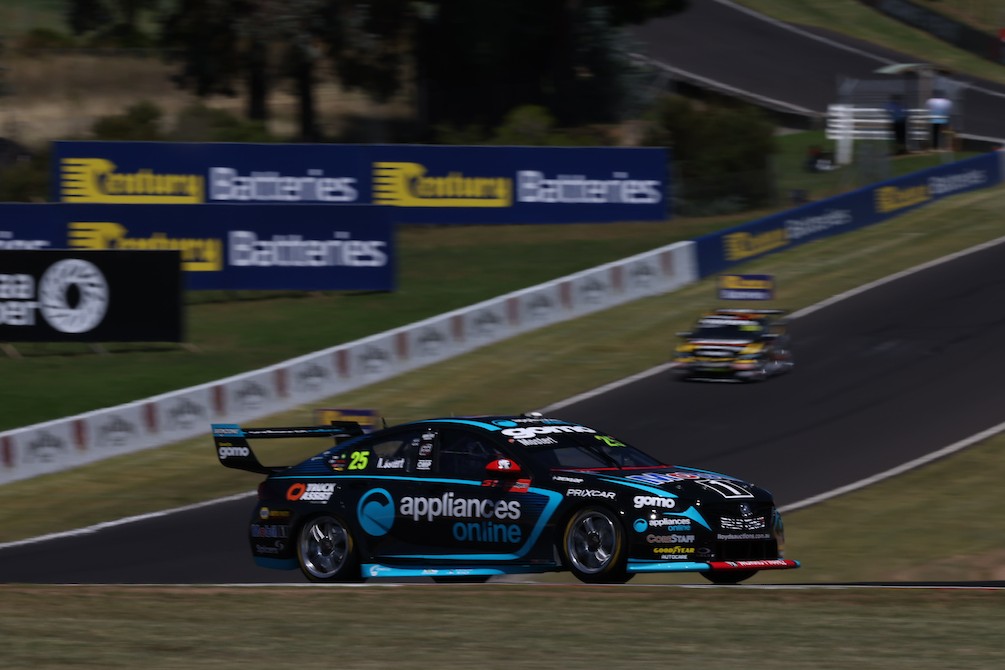 A dramatic opening practice for the Repco Mt Panorama 500 has been topped by Chaz Mostert.

Shane van Gisbergen's early flyer of 2:06.5262s held firm for much of the session.

However, a thrilling final stanza of the session saw Mostert put half a second on the field.

The 60-minute session was punctuated by several offs and a heavy crash for Erebus Motorsport rookie Will Brown.

Brown also demonstrated impressive pace and was running in the top three, on a 2:06.8280s, at the time of his crash.

With just under 28 minutes remaining, the 22-year-old clipped the inside wall at the Dipper.

Brown's WD-40-backed car fired into the outside wall, just missing the tyre barrier, with the #9 coming to a rest at corner exit.

Several drivers hit trouble at the Chase in particular as they pushed the boundaries of the Mount Panorama Circuit.

The final minutes of the session saw drivers attack the time sheets, with a fast lap at the death launching Mostert to the top. 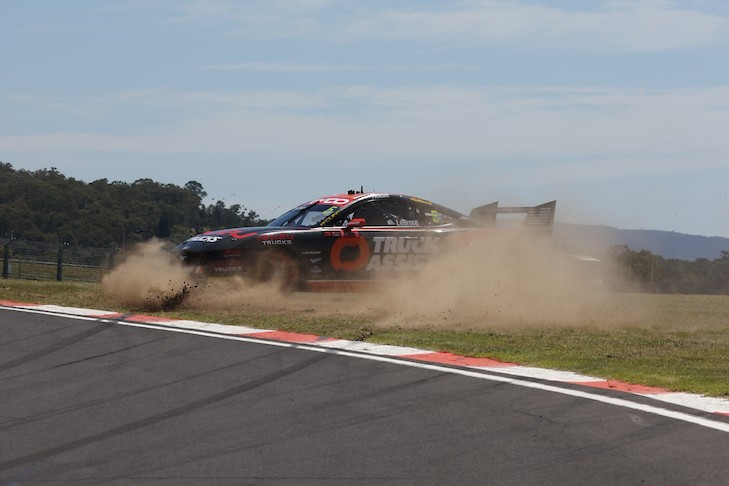 Such was the late flurry of times that van Gisbergen was 12th by session's end.

Cars will return to the circuit for Practice 2 at 4:05pm AEDT.