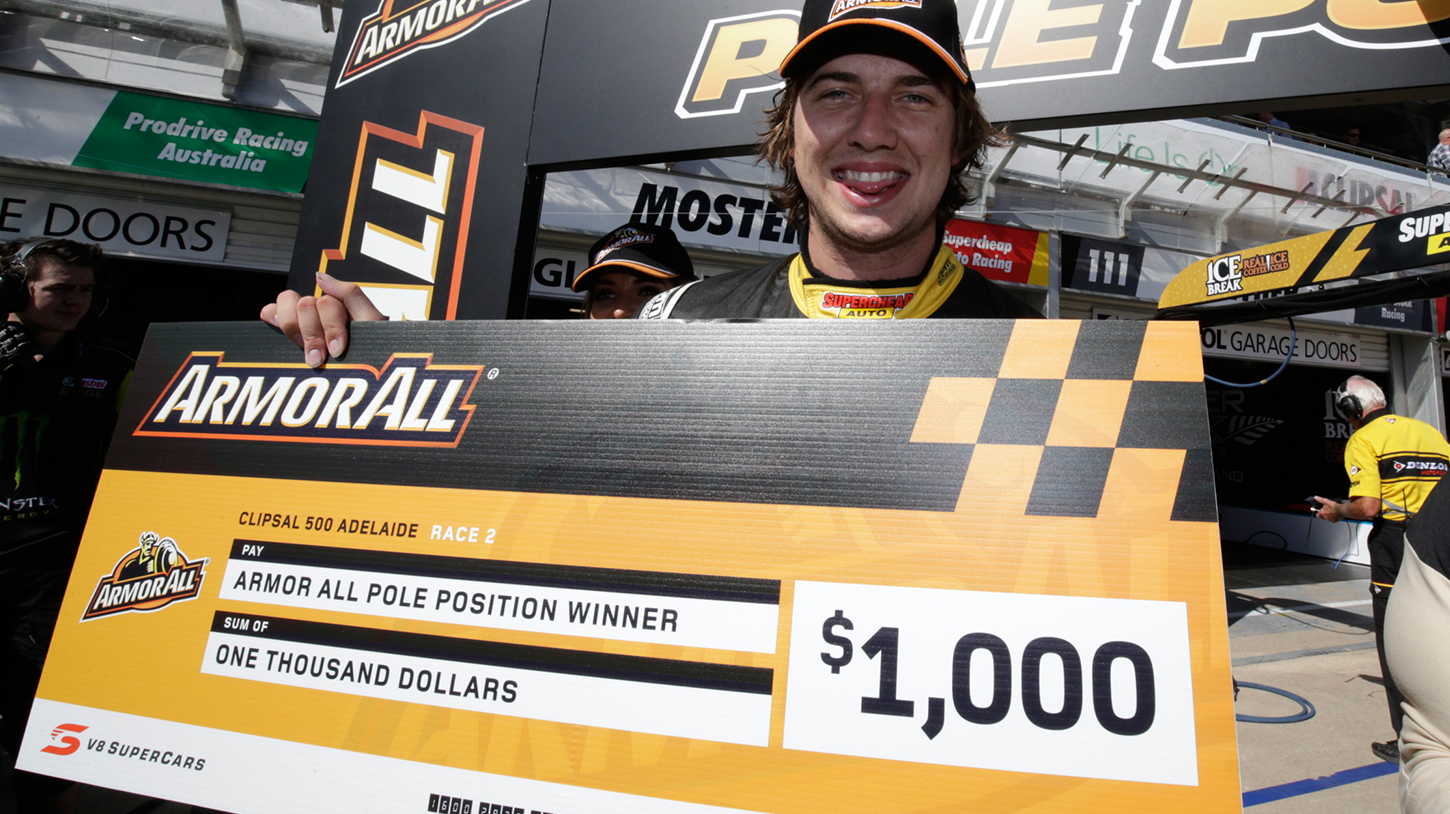 Chaz Mostert made a stunning return to V8 Supercars at the Clipsal 500, claiming ARMOR ALL Pole Position for tomorrow’s second race.

Five months on from his horrific Bathurst crash that left him with a broken leg, wrist and knee issues, the 23-year old has silenced the doubters, showing he has not lost any speed.

After the chequered flag flew in the second qualifying session of the day, Mostert smashed his 1min20.3724 lap to knock all-time champ Jamie Whincup from top of the times by 0.0828 on the hard Dunlop tyre.

A new car, new sponsor in Supercheap Auto and new level of excitement for his racing, Mostert even surprised himself by locking in the front-row start.

“Didn’t really see that coming this weekend, just wanted to ease back into it,” Mostert said.

“I’ll still be up the pointy end which is great ... I’m a bit lost for words, I can’t really describe it. It’s kind of like my first pole all over again.”

Starting on the second row will be early fast man Scott McLaughlin, with last year’s Clipsal 500 winner James Courtney alongside.

Last year’s championship top two Craig Lowndes and Mark Winterbottom will start next to each other, in positions nine and 10.

After his performance in the earlier session, Scott Pye will start from pole for tomorrow’s first race on the soft Dunlop tyre.

Drivers have a 20-minute practice session tomorrow morning before contesting the two races.