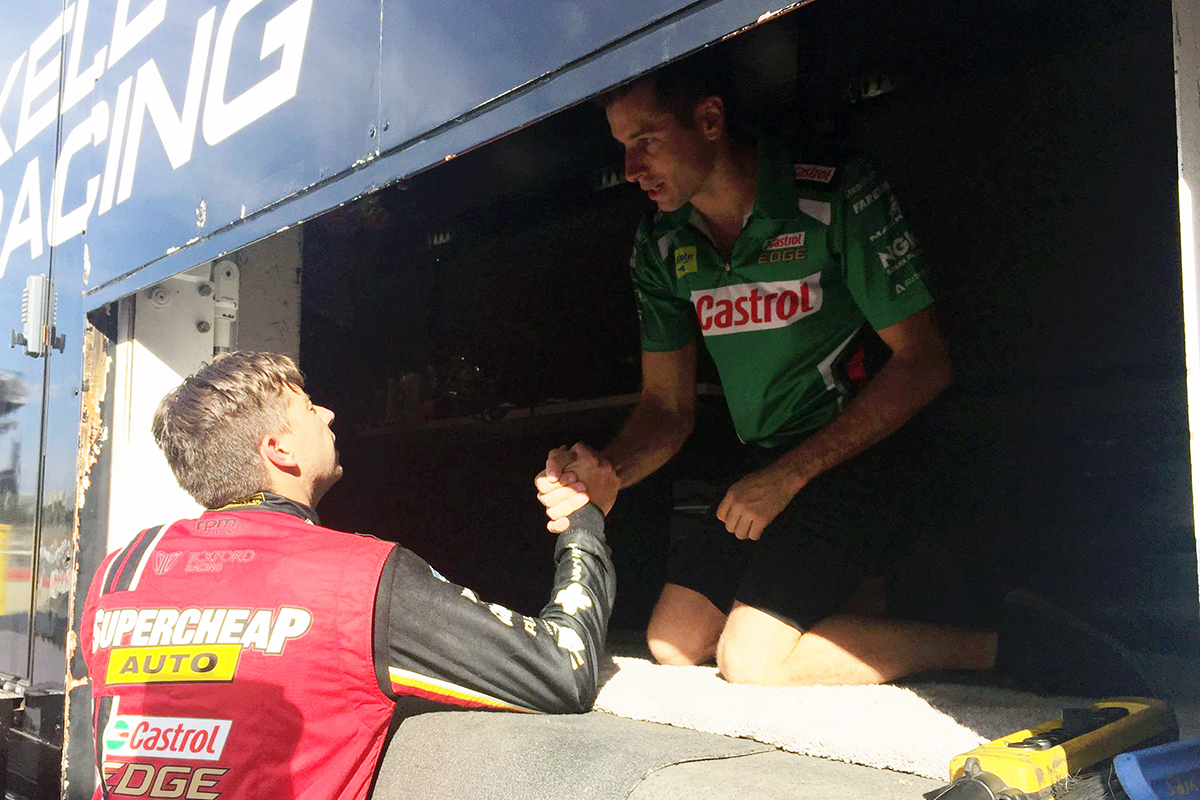 Chaz Mostert apologised to Rick Kelly following an incident in pitlane during the second leg of the Superloop Adelaide 500 that cost both drivers dearly.

A flurry of pitstops under the race’s only Safety Car on lap 27 caused congestion, as several teams elected to double-stack their cars.

Having been forced to park at an angle, Mostert was unable to make a clean getaway from his pitbox – needing to be pulled back by his crew in order to get around Fabian Coulthard.

Mostert was then released directly into the path of Kelly’s Nissan, with contact spinning the Supercheap Auto Mustang 90 degrees to the traffic.

While he eventually rejoined the circuit, Mostert was handed a drive-through penalty, and Kelly’s car was forced to the garage with damage.

Having recovered to finish 15th, Mostert went and apologised to Kelly, who was 24th and last in the final results.

“It was just a lack of communication. At the end of the day, definitely our fault,” said Mostert.

“You can’t blend into the fast lane when there’s another car there.

“It was a really tight pits for me, I tried to get into the box at the best angle I could. I had to get pushed back and it was just a lack of communication on our part.

“I thought I was good to go, but I couldn’t see much either.

“At the end of the day I ruined Rick’s race, I’m really apologetic for that, I never want to do that.

“It’s the first time I’ve had a spin in pitlane, so I’ll put that on the credentials.”

Although appreciative of the apology, Kelly laid the blame on the Mustang's car controller, and not Mostert himself. 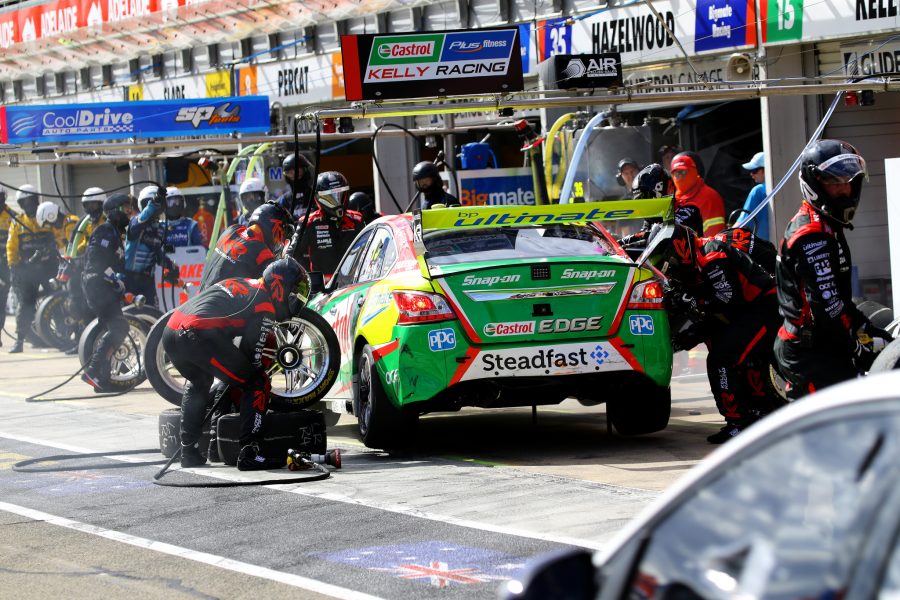 “He's come down and apologised, which is really good, it's pretty rare these days. But it's really not for him to apologise,” said Kelly.

“It's one of those things that I believe at that point should still be in the control of his car controller, who obviously didn't alert him to the fact I was next to him.

“There's not much he could have done in that situation.”

Kelly meanwhile denied that he could have tried harder to avoid spinning Mostert.

“It was an awkward hit. For the first impact no, because I was that far up,” he said.

“Normally it's a close call, but this one wasn't. I was right up alongside him when we hit.

“Once we hit, I thought 'he knows I'm there now, he'll straighten back up', but he didn't, he belted back into me a second time.

“I thought 'he knows now', and then a third time, which spun him around in front of me. It was awkward for both of us.

“It's unfortunate, because with the pace we had and the strategy, we were in a good position today.”

Mostert meanwhile was hesitant to apportion any blame to his rival.

“I don’t know, it’s a better question for him,” he said when asked if he felt Kelly could have backed out.