James Moffat will race in the colours of his legendary father Allan at next month’s Penrite Oil Sandown 500.

The original Coca-Cola-backed car debuted at Sandown 50 years ago with a trio of victories, famously going on to record 101 race wins from 151 starts. 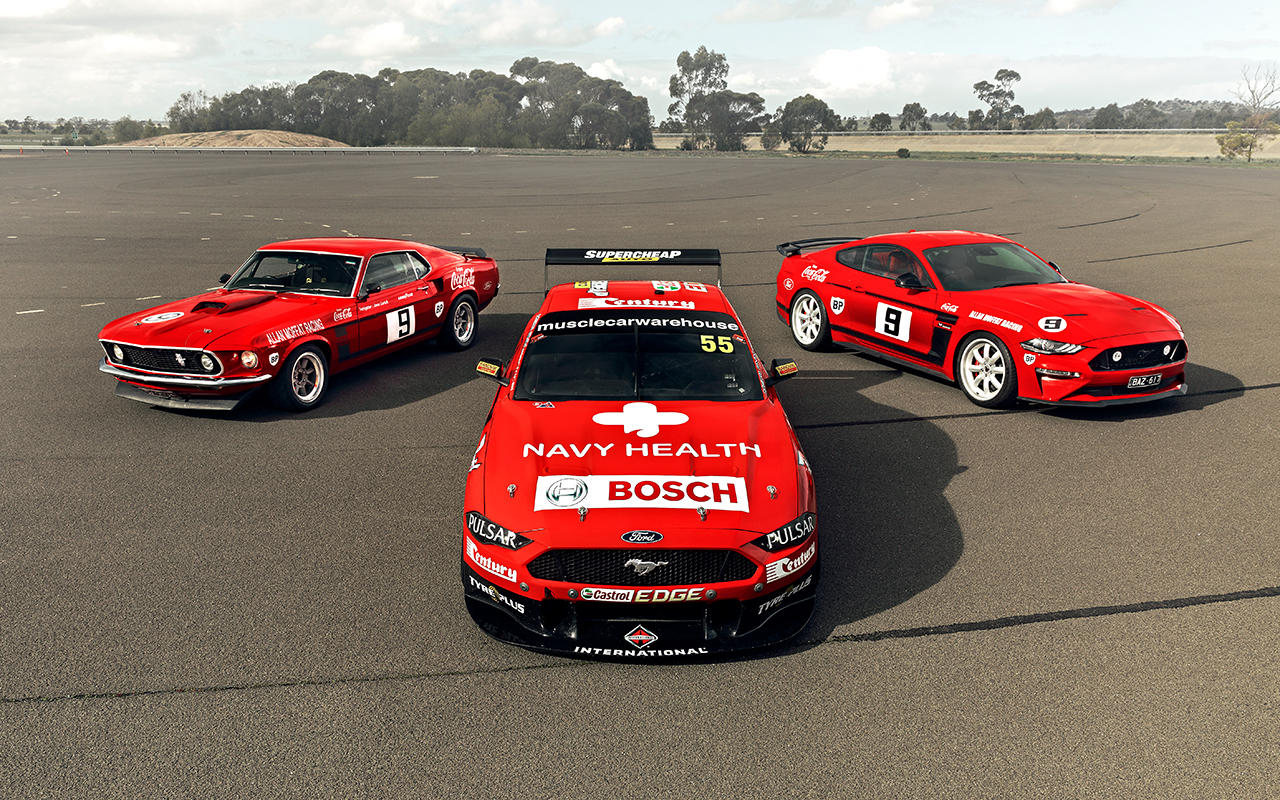 James Moffat is in his second year co-driving for Tickford Racing alongside Chaz Mostert, following a seven-year stint as a full-time Supercars regular.

The duo won together on the Gold Coast in 2018, but endured a horror return last weekend, with Mostert crashing out in qualifying.

“The nod to dad is pretty cool,” said James Moffat, who’ll be paired with Mostert in Tickford’s spare Mustang for Sandown.

“Obviously I picked up the sport in part thanks to him and have heard the stories of the Trans-Am, so to adopt its livery for our Supercheap Auto Mustang is pretty sweet.

“Hopefully it brings us some good fortune and we can take it to the top step of the podium.” 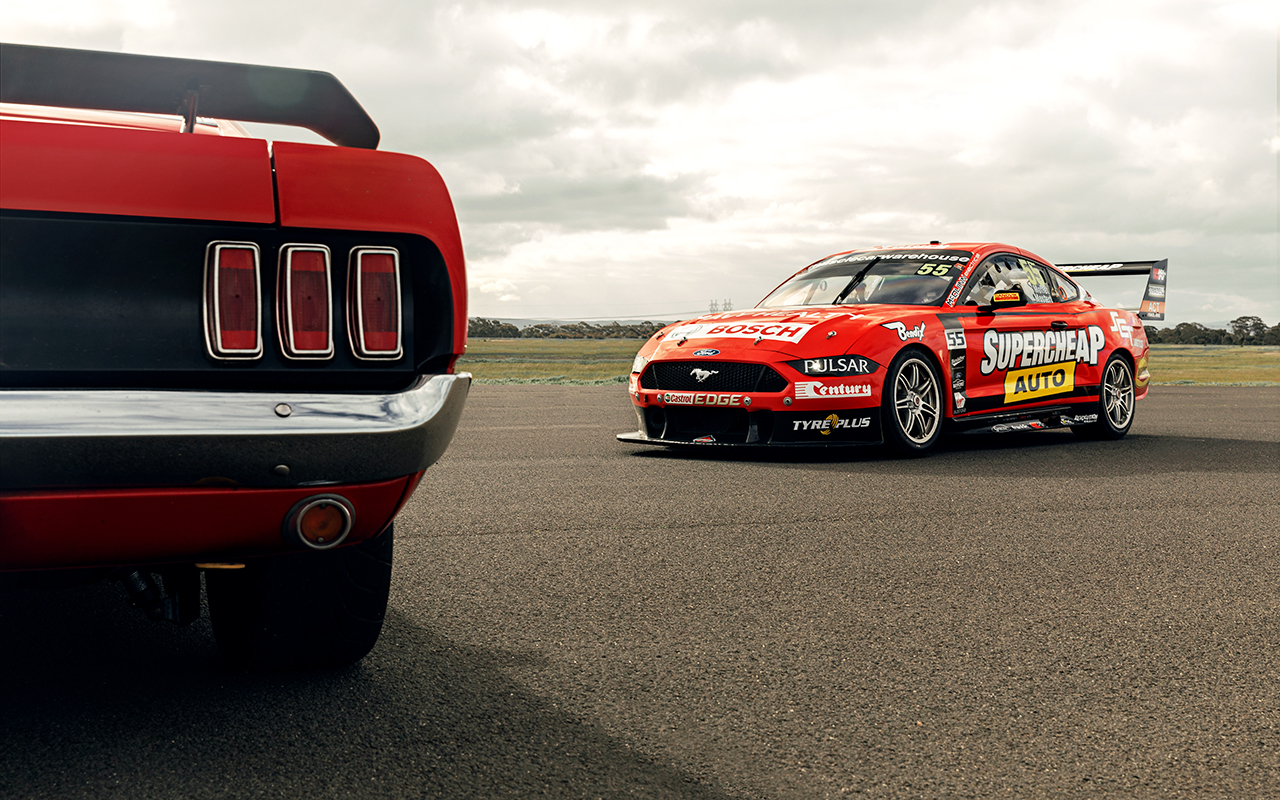 Supercheap Auto has been an enthusiastic supporter of the Supercars retro round concept since it was introduced in 2016.

Having previously campaigned various Steven Ellery Racing-era Supercheap Auto liveries at the event, this year marks the first time the brand has stepped beyond its own heritage.

“We at Supercheap Auto are thrilled to be a part of this retro livery for Chaz and James,” said Supercheap’s General Manager of Customer Communication & Engagement, David Bauer.

“Having been involved in Supercars for over 20 years, we are big proponents of the retro round, bringing together the past and present, and paying tribute to some of the sport’s most memorable cars and drivers. 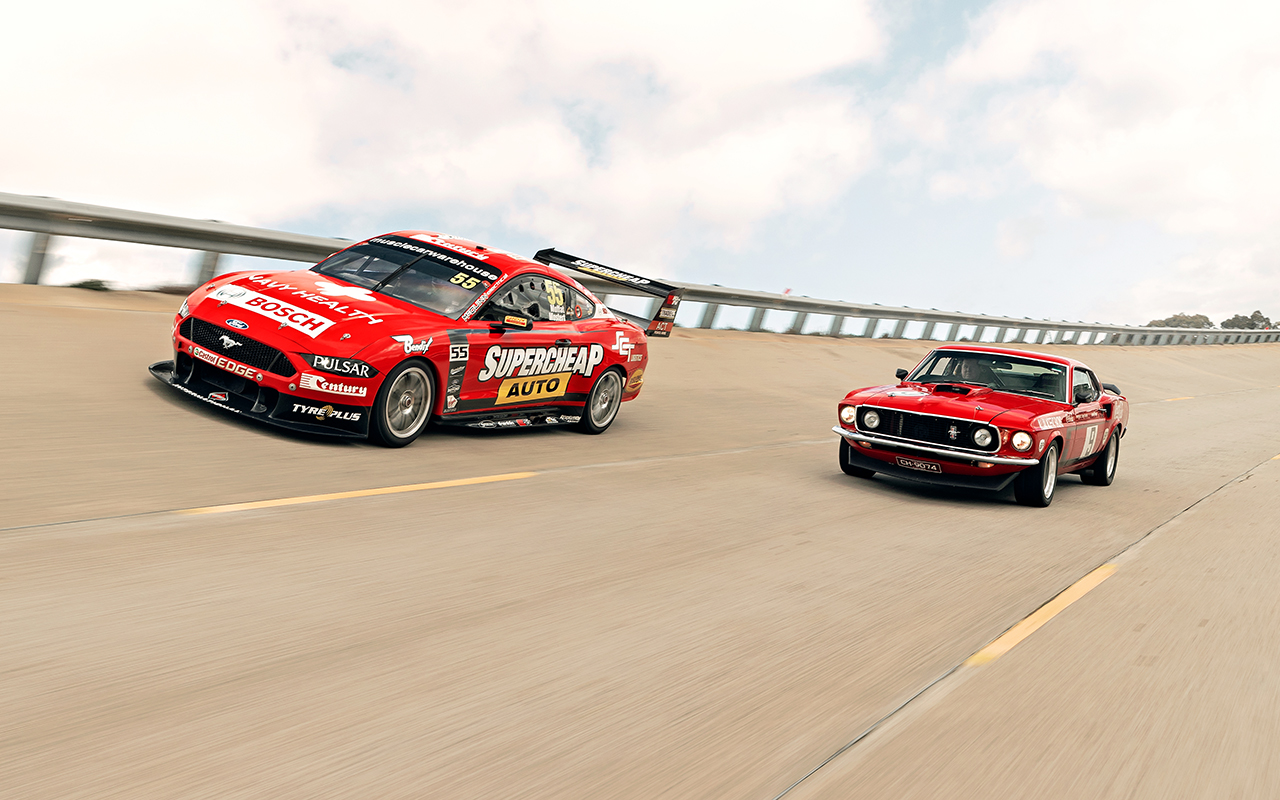 “It doesn’t get much more memorable than Allan Moffat’s Trans-Am Mustang at Sandown, so to have a connection to the reincarnation of this iconic livery is very exciting for us.

“The car looks great, and we’ll have two great drivers behind the wheel. We hope we can replicate the success Allan had at Sandown all those years ago.”

Supercheap Auto Racing is the first team to unveil a retro look for the November 8-10 event, which is set to be the last Sandown 500 before the endurance format moves to Tailem Bend in 2020.