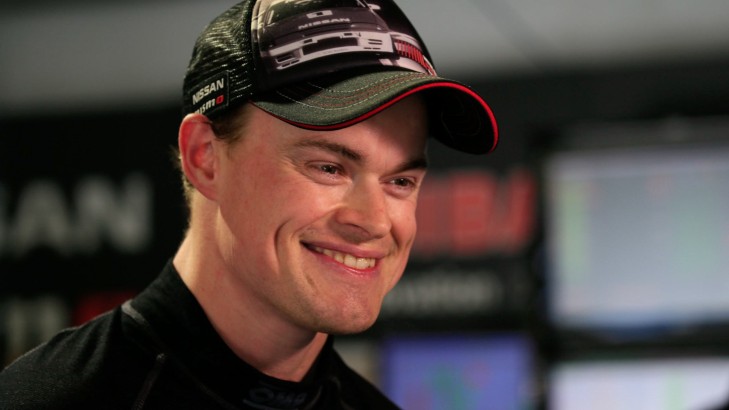 Late last week it was announced Moffat would leave the Nissan stable after two seasons, but his new home was yet to be confirmed, though the rumour mill pointed straight to Volvo.

Moffat will take the seat currently occupied byDavid Wall, who is on the hunt for an enduro drive next year after failing to post strong results in his Volvo S60 in 2015.

The team announced the signing with a statement this evening, following the Castrol Gold Coast 600.

"At 31 years old I believe that James is in the prime of his career and I am confident that he will be a very worthwhile contributor to my team," said Garry Rogers, team owner of Garry Rogers Motorsport.

Moffat, son of Australian touring car legend Allan Moffat, made his V8 Supercars debut in 2010, spawning from the V8 Supercar Dunlop Serieswhere he finished as runner-up in 2009.

"I am thrilled to join Volvo Polestar Racing and Wilson Security Racing GRM for the 2016 V8 Supercars. The team has shown great progress over the past two seasons and I look forward to driving the #34 Volvo," said Moffat.

Moffat is going to drive alongside good friend Scott McLaughlin at Volvo Polestar Racing next season.

"I hope that I can see the #33 car in my rear view mirror now rather than in front of me," joked Moffat.

Moffat scored his first V8 Supercars victory in 2013 at Winton, and achieved a Bathurst podium last year in the Altima with co-driver Taz Douglas.