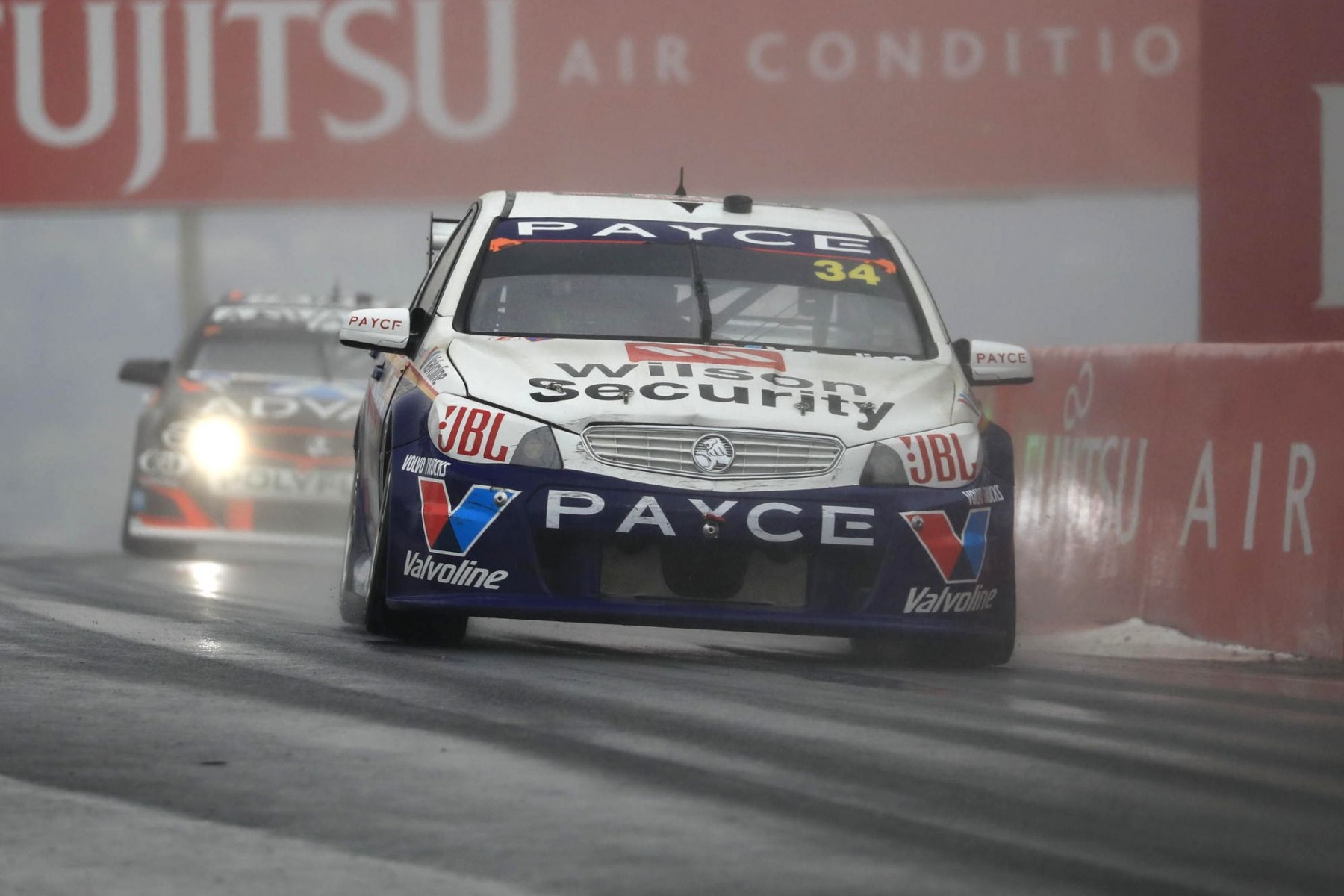 Walking away uninjured was the only positive James Moffat could draw after his Supercheap Auto Bathurst 1000 ended with a major crash.

The second-generation driver was then caught out by the tricky conditions, spinning at McPhillamy Park and making rear-on contact with the tyre wall.

Able to rejoin 16th with only minimal cosmetic damage, three laps later the #34 Commodore crashed out for good against the Sulman Park concrete.

It was the car’s third major accident of the weekend, with Muscat having found the concrete at the entry to The Dipper in practice – a mistake Moffat repeated in qualifying, costing him a Top 10 Shootout berth and demoting the car to 22nd on the grid.

Speaking after the race on Sunday, Moffat said he was ‘gutted’ for the GRM crew, which also watched on as Garth Tander’s race fell apart in the final stint.

“It’s easily the biggest hit I’ve had and I’m really thankful for all the safety in the cars, especially the leg protection stuff,” Moffat told Supercars.com.

“I’ve got no doubt that helped keep me safe in the car. It was a fair bell-ringer and I knew what was happening the whole time.

“I purposely ended up on the left [after the accident] because I didn’t want to be sitting in the middle of the road.

“I’m absolutely gutted for everyone in the team because they deserved a better result.

“The car was so much fun to drive in the wet and because of that we had the track position that you always want come the end of the race.

“You put it all on the line here and it didn’t pay off.”

Moffat said it was hard to say whether any damage from the first incident contributed to the race-ending crash.

“The first incident at McPhillamy I just made a mistake and dropped it there,” he explained.

“I didn’t really feel like I did anything different to the lap before, I thought I was on the same line as Chaz [Mostert] in front of me.

“I was obviously a bit too wide or a bit hot in there, but just lost the rear on entry and around it went.

“It seemed OK, the guys said it all looked OK to them and from what I could see the wing seemed to be in its normal position. It didn’t feel like that first one did any damage.

“But then the second one, I got into the grate [Sulman Park], the rear stepped out and pitched me offline and it hit the fence.”

With the car extensively damaged, Moffat will move into Muscat's Dunlop Super2 Series chassis for the upcoming Gold Coast and Pukekohe events.