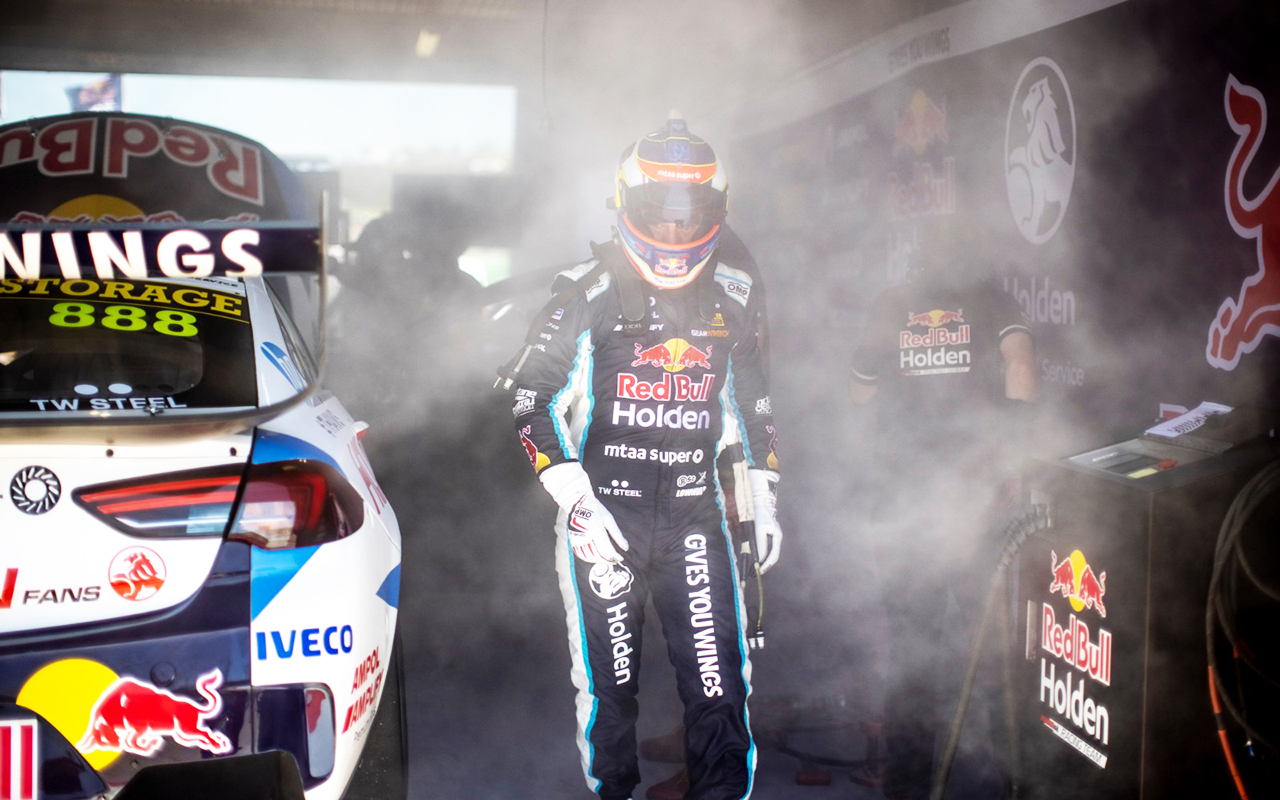 James Moffat has continued his affinity with Mount Panorama, topping the first co-driver session of the Supercheap Auto Bathurst 1000 for the second successive year.

Moffat impressed in the 2019 edition of the Great Race from the outset – and he’s at it again, leading the way in Practice 2 dedicated exclusively to co-drivers.

Will Brown’s 2:08.9538s was the quickest of everyone’s first laps and times tumbled consistently from there, with Moffat trumping rival late runners with a 2:06.0584s.

“It’s nice to remember how to do it, it’s been a fair while,” he said.

“Obviously this year is very unique, it’s a very different vibe going into the weekend.

"Being here with no fans, the atmosphere from them is what really makes it a great event.

“The car was pretty solid then. Full credit to the team and Brad [Wischusen] the engineer in particular, to roll the car out of the truck where it needs to be.

“This track is all about confidence and if you’ve got that confidence, especially to flow the speed down the bottom, then the lap time comes.”

Moffat’s time was just enough to hold off Penrite Racing’s Brodie Kostecki, whose late dash split up what had been a Ford cleansweep of the top three.

“We’ve been working pretty hard trying to move up through the order. I think we’ve got a pretty good car and hopefully we can improve it,” Kostecki said.

Highly fancied Tim Slade and Will Davison were third and fourth, having each led large parts of the hour-long session.

Warren Luff was another to impress, with he and Tony D’Alberto rounding out a top six separated by less than two tenths.

“We put a good set of tyres on at the end to see where the balance was and I’m really happy with it so far.”

Among other notable names were Garth Tander in eighth, while Dale Wood slipped to 19th after impressing early.

Craig Lowndes finished 23rd after managing just eight laps before the #888 Commodore’s program was curtailed by a power steering failure that sparked a car fire.

Smoke was seen billowing out of the Red Bull Holden out of Forrest’s Elbow, with Lowndes parking up in the team garage just before the session’s halfway point and not returning.

“As I was coming down Conrod I could start smelling a bit of oil, but I couldn’t see any smoke and there was nothing in the cabin,” he said.

“So I didn’t know if it was the car in front of me that was oiling, I didn’t realise it was us until I got the call to come in. It’s a bit of a shame.”

Of his quick exit from the cockpit, Lowndes added: “It was on fire!

"Once you see that extinguisher gas you want to get out quickly, you don’t want to be breathing that in.”

Having not logged any laps in Practice 1, Lowndes might well get some extra time in Practice 3 this afternoon from 4pm local time.

Behind Lowndes were Steve Owen and Jayden Ojeda, the latter gaining valuable track time for his last-minute call-up for Garry Rogers Motorsport.