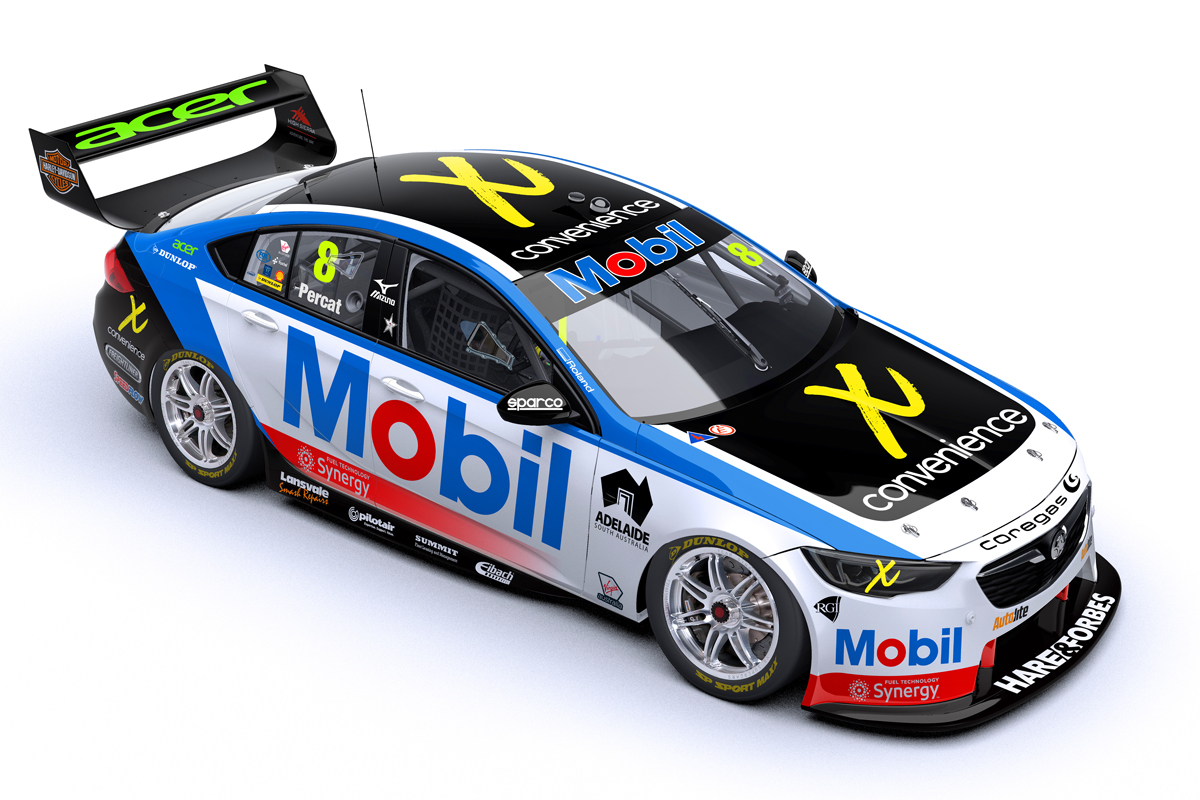 Nick Percat’s Brad Jones Racing Holden will compete in the colours of oil giant Mobil at the OTR SuperSprint at Tailem Bend.

The deal has come about through South Australian company X-Convenience, which operates 18 Mobil service stations in the state.

Minor X-Convenience and Mobil branding appeared on the #8 Holden for the Adelaide 500 season-opener, before taking the full car for The Bend.

“I’ve raced in the Mobil colours before, when I was Peter Brock’s team-mate in 1989,” said team owner Brad Jones.

“Mobil are such a highly-regarded brand and have a long association with motorsport.

“X-Convenience and Mobil supported us for the Adelaide 500 event and this is a great extension of our valued relationship.”

Percat, who grew up in Adelaide as a Mobil Holden Racing Team fan, is looking forward to tackling the new circuit in his home state.

This year is the first since 1977 that South Australia has had two events counting towards the championship.

“I know fans will get a kick out of seeing this car on track and, considering the history of the brands, it is very cool for me too,” he said.

“I’ve visited The Bend Motorsport Park a couple of times now for the official launch and various media appearances.

“There is no doubt it is going to be a fantastic event with some very close, exciting racing. Everyone is really looking forward to it.”

Percat is 11th in the championship after racing from the back of the field to eighth in Saturday night’s Red Rooster Sydney SuperNight 300.