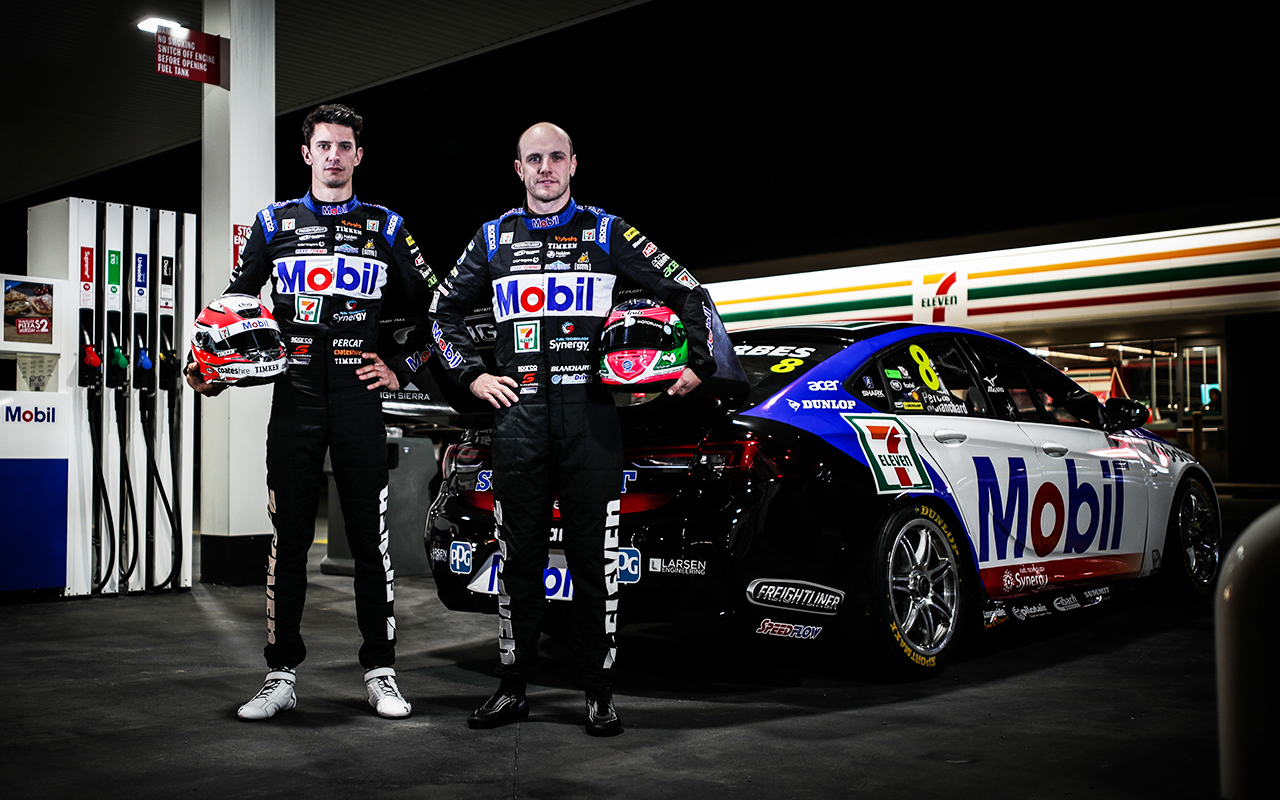 Brad Jones hopes his eponymous team can rekindle some Peter Brock magic at Mount Panorama this year, with its #8 entry to sport Mobil backing.

Nick Percat and Tim Blanchard will race in Mobil colours as part of a deal with 7-Eleven, which features on the bonnet of the Commodore.

Jones raced for Brock’s Mobil team in 1989, sharing its second Ford Sierra with Paul Radisich in that year's Great Race.

The Mobil colours were synonymous with Brock from 1985 until his retirement in ’97, taking his ninth and final Bathurst win with the company's backing in ’87.

“Bringing Mobil back to the mountain in collaboration with 7-Eleven has rekindled a lot of memories of Peter Brock and I racing together,” said Jones.

“He was a tough competitor, but more than that he loved racing his car.

“It’s the same for my brother and I, and the entire team at Brad Jones Racing.

“We love racing and we know it’s not predictable which is one of the driving forces that keeps us pushing forward each week.”

Jones still craves a win at Bathurst, having finishing on the podium six times as a driver without victory.

BJR’s most recent podium at the event came through Jason Richards and Cameron McConville in 2009; the last year Jones lined up as a driver.

Percat won the Great Race as a rookie in 2011, driving alongside Garth Tander at the Holden Racing Team.

He heads to Bathurst in fine form, scoring top-five finishes in the Sunday races at The Bend and Pukekohe to sit eighth in the standings.

Blanchard meanwhile heads to Bathurst as a co-driver for the first time since 2014, having stepped back from full-time driving this year.

BJR’s three-car squad, including its #14 Tim Slade/Ash Walsh and the Blanchard-owned #21 Macauley Jones/Dean Canto entries, will test at Winton today ahead of Bathurst.