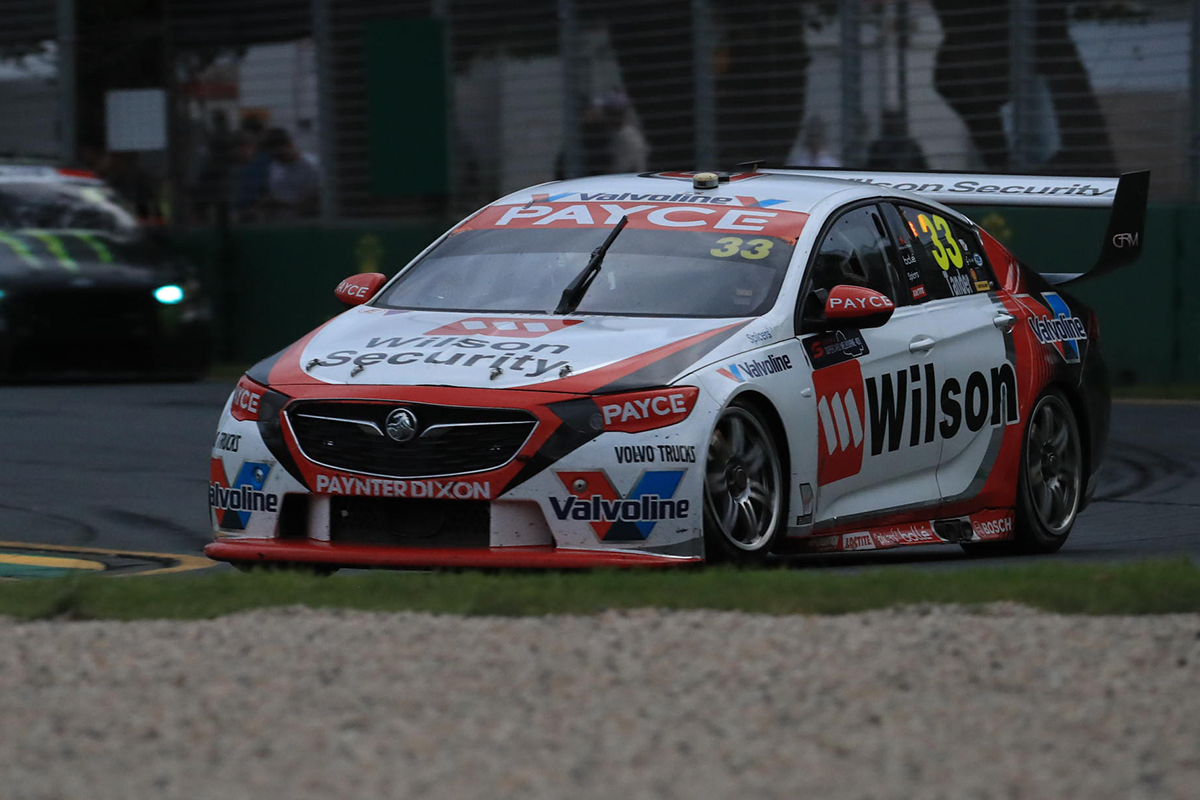 Two Garry Rogers Motorsport mechanics suffered minor bruising during a pitlane incident in a wild third race of the weekend at the Coates Hire Supercars Melbourne 400.

The incident occurred when Garth Tander pitted for wets as rain intensified on lap 19 of the 25 on Saturday evening.

Tander’s slick-shod Holden slid on the pit apron as he turned into his box, knocking over the right-rear tyre changer and air-spike operator.

The two crew members were checked at the circuit’s medical centre, with minor limb injuries.

“Two guys went to the medical centre for checks and X-rays to make sure there were no broken bones,” GRM team manager Stefan Millard told Supercars.com.

"They have a bit of bruising around the legs and will be pretty sore tomorrow when the adrenalin wears off, but they’ll be good to go again.

“Thanks to the medical team, who did a brilliant job. The doctors were there in the garage before Garth had even left the garage.”

After the race, Tander briefly explained that the slippery pitlane had “just caught me out” before heading to the medical centre.

Millard said that radio trouble experienced with the #33 entry during the race had no impact on the incident.

“He was having trouble hearing us, but we knew he was coming in and were set up as normal,” he said.

“Obviously the concrete is a lot more slippery than the bitumen and Garth has just misjudged it.”

Tander eventually finished last having been forced to pit again on the following lap to replace the right-rear.

“That issue was caused by the incident in the pitlane,” explained Millard.

“The tyre basically popped before it got put on the car in the incident. It was flat before it got to the end of pitlane, he let us know and we were ready again by the time he got back.”

In a tough day for GRM, James Golding finished 24th in a race that included a wild spin on the exit of the high-speed Turn 12 in which he narrowly missed the inside barrier.

“He’s never driven on the track before and the conditions were obviously tough,” said Millard of Golding’s day.

“Thankfully he brought it home straight and we’ll push on tomorrow.”