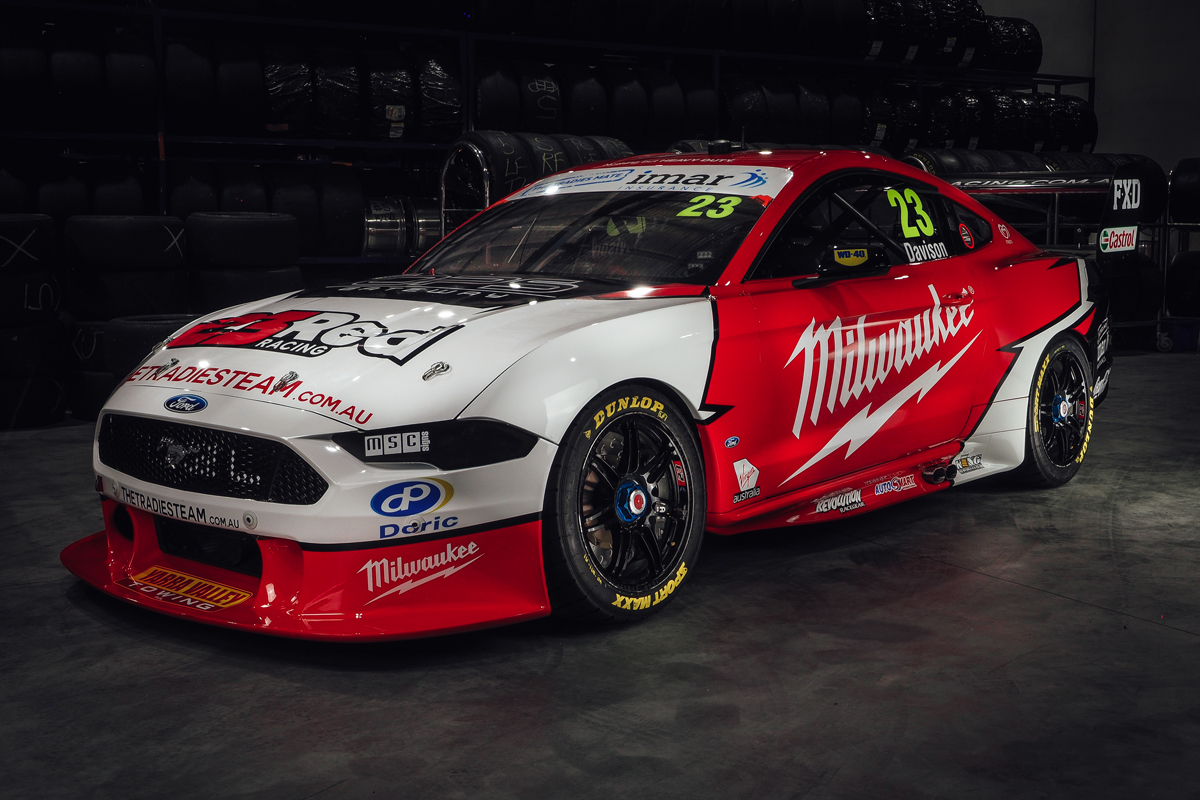 Will Davison’s Milwaukee Racing Mustang has been unveiled ahead of today’s official pre-season test at Phillip Island.

The Tickford Racing-run entry is the last of the much-anticipated Mustang liveries to be revealed.

Tight timelines on finishing the Tickford cars, which are converted Falcons, meant the Supercheap Auto and Bottle-O entries were not unveiled until Wednesday.

Today marks the first time a Tickford Mustang has turned a wheel, with only brand-new chassis afforded a pre-test shakedown.

Davison and the Phil Munday-owned Milwaukee Racing moved in as Tickford’s fourth car this year, having debuted in 2018 as a standalone team. 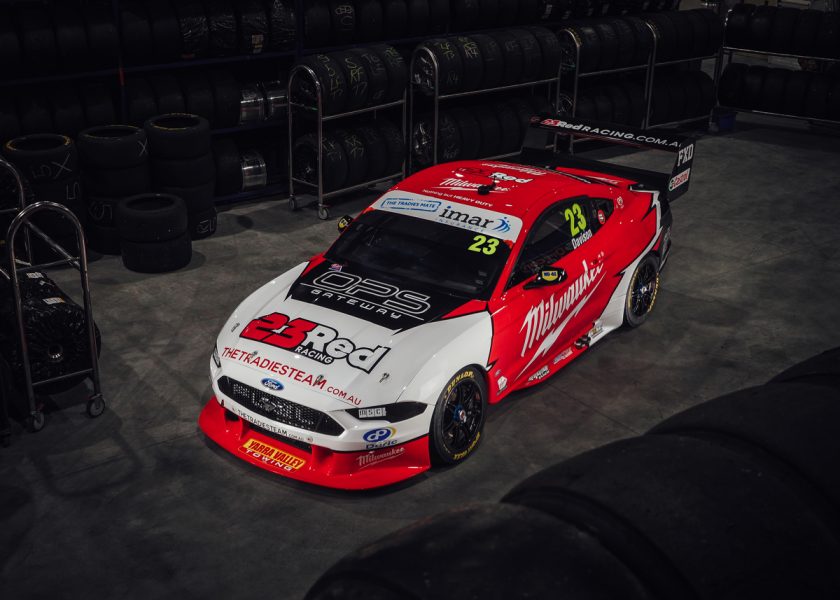 Running a customer Tickford Falcon, Davison finished 15th in the standings, with a best finish of seventh.

The two-time Bathurst 1000 winner hopes moving into Tickford, where he raced from 2011-13, will bring improved fortunes.

“It’s exciting to be entering 2019, our second year as a team at 23Red Racing,” said Davison, entering his 14th season racing full-time in Supercars.

“We’ve learnt a lot in 12 months and have had a massive off-season implementing some big changes to help boost us up to the next level.

“This new Mustang is an incredible piece of engineering, it really is a hero car globally and we are so proud to represent it on the race track this year.” 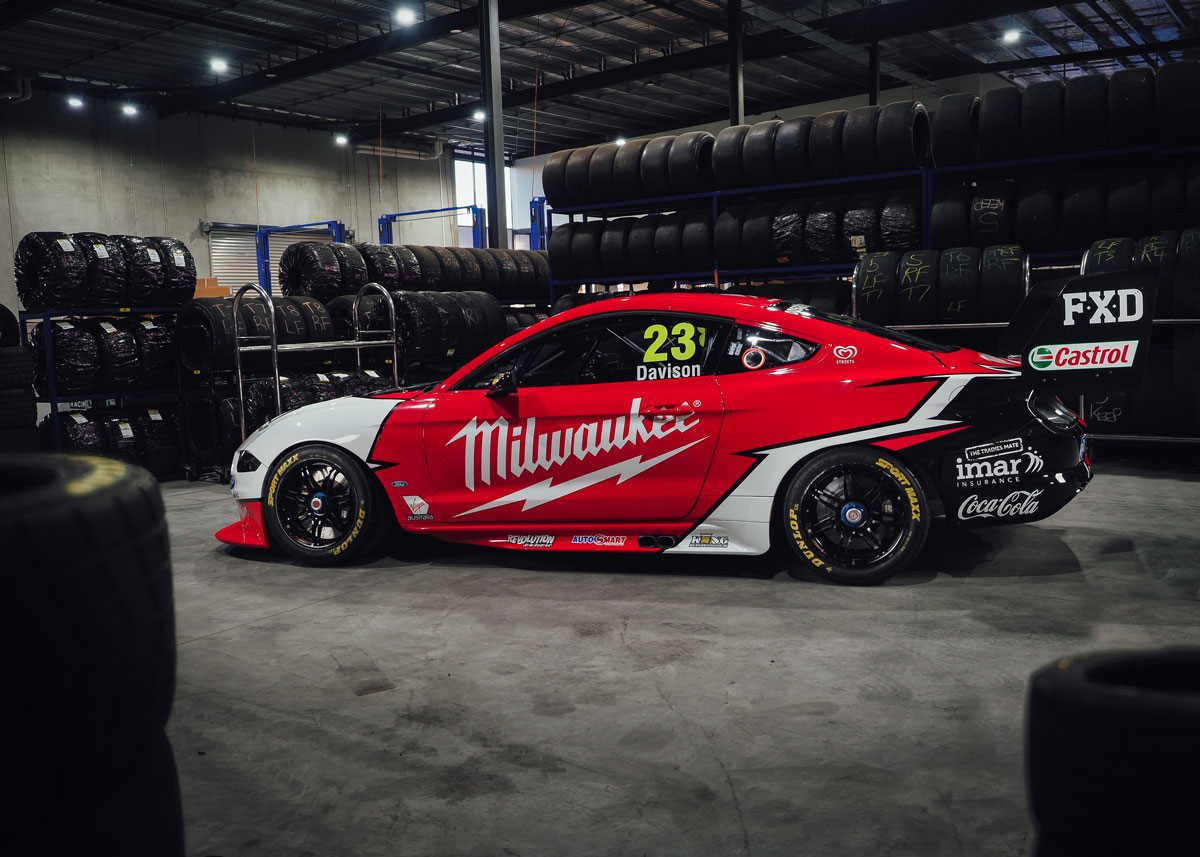 Munday, who spent the bulk of his life running a crash repair business, expressed his pride at the finish of the Milwaukee paint scheme.

However, Munday admits he’s still chasing sponsorship for the season, with 23Red currently taking the primary place on the bonnet.

“I feel like it’s going to be one of the best liveries out there,” Munday said.

“The car looks really sharp painted in PPG materials; as opposed to most cars which are vinyl-wrapped, the Milwaukee Mustang is painted, and I’m really happy with the way it looks.

“Just a couple more sponsors will complete the car, and the best way to do that is to compete for race wins.

“In our new operation with Tickford Racing, I think we’ll have the chance to do just that.”

Davison will race with #23 this year, used by Nissan Motorsport until the end of 2018, having run #230 last season.