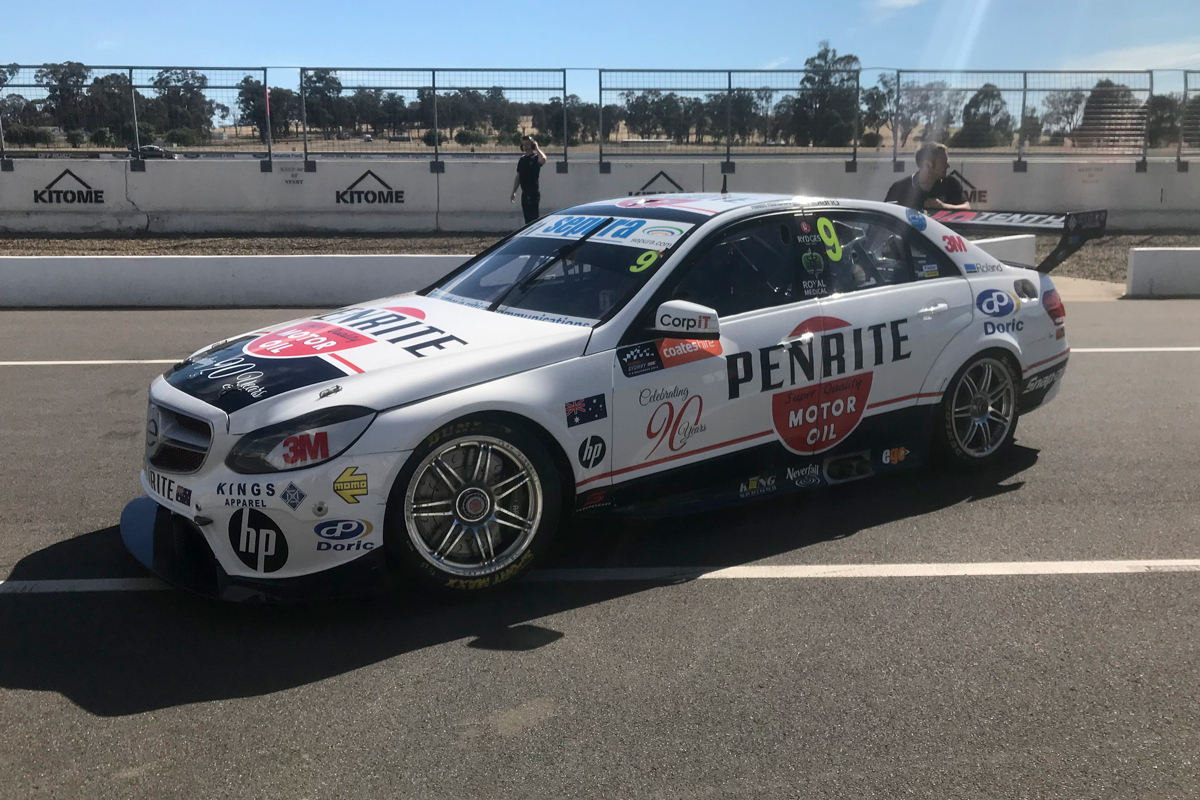 Erebus’ reborn Mercedes-Benz Supercar has edged closer to a race return, with Luke Youlden convinced it can still be a competitive package after a test run at Winton.

Today’s test was the first track action in three years for the E63, with Erebus’ AMG equipment sitting dormant since the squad switched to Holden at the end of 2015.

The project has been reprised by Erebus and its co-driver Youlden, with the aim of running in selected Dunlop Super2 events next year in the lead-up to the PIRTEK Enduro Cup.

With a limited tyre bank at the team's disposal and its two ZB Commodores the main focus, the Mercedes completed limited laps during the test, shared between Youlden and David Reynolds.

“I think it can be competitive, for sure, it’ll just take a little bit of sorting,” Youlden told Supercars.com.

“It’s been put back together to blow the cobwebs out. It wasn’t a day to fine-tune it, it was to see if it ran, and it ran smoothly.

‘There were no issues with it, and it definitely does have potential, there’s no reason why it can’t be competitive.

“You can put the same suspension on it as the Commodore has, the only thing different is obviously the engine and the aero.

“From what I saw it’s very similar in straightline performance to the Commodore.

“I can see the only difference really being the aerodynamics and if we take it to a track, it’s not going to be Phillip Island or Bathurst, it’ll be somewhere tight and twisty.

“I can see it being competitive for sure.” 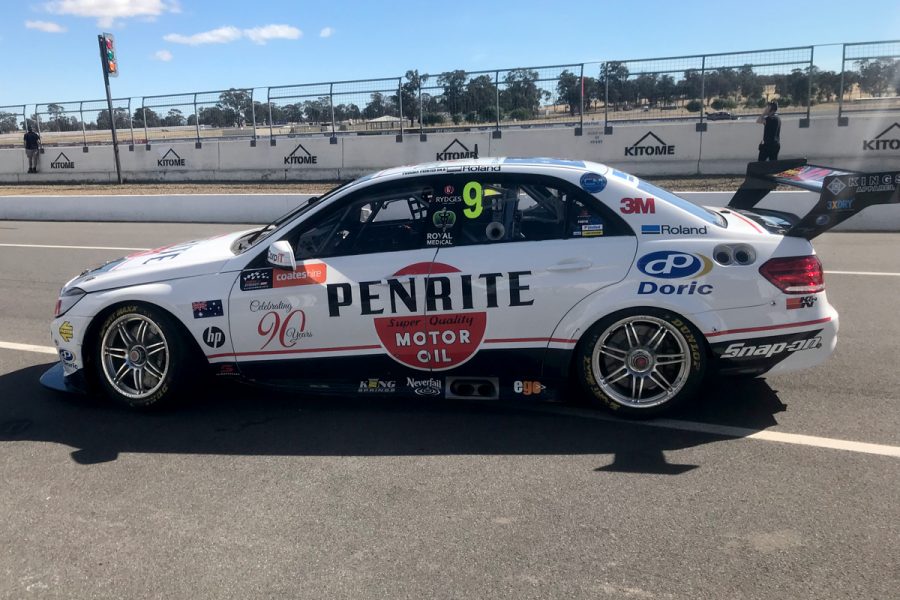 Youlden has 19 Bathurst 1000 starts to his name without ever holding down a full-time Supercars drive.

While he has become accustomed to being thrown into the Supercars pack at Sandown with minimal pre-event miles, a shake-up to the calendar means Bathurst is now the first enduro.

“I’m working on doing a couple of Super2 rounds if I can, just to do more miles, and that’s the obvious way to do it,” explained Youlden of his plan.

“The E63 is just hanging around doing nothing and if we could do one or two rounds leading in, with Bathurst being the first enduro and being so late in the year now, it’d obviously help.

“Nothing is set in stone, it’s just what we’re trying to do and this is the first part of that process.”

He added when asked of the prospect of main game wildcards: “That’ll be dependent on what potential sponsors want to do.

“When I approached the guys [sponsor] I’m talking to about it, they asked if we could run it in the main game, so stay tuned…” 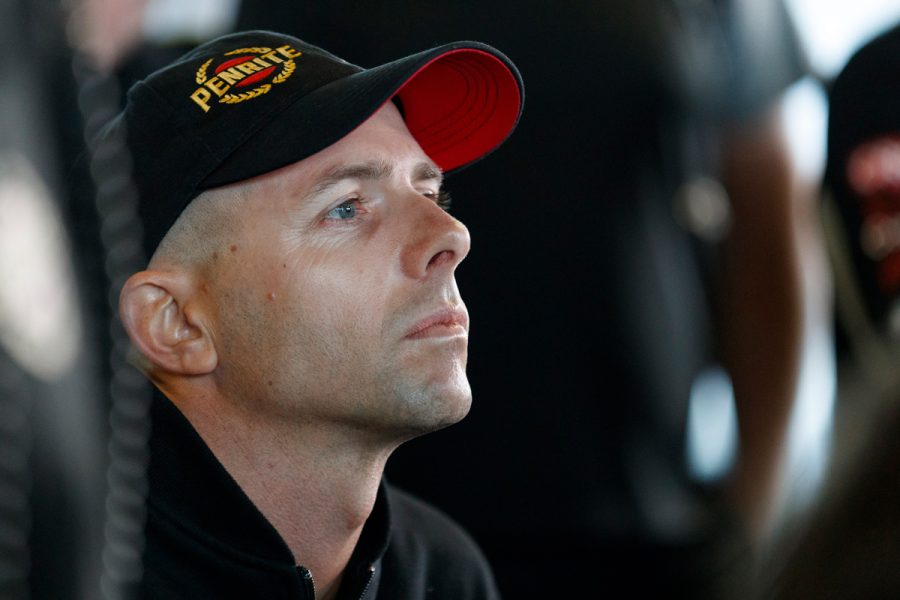 The news of the Mercedes’ impending track return gained major online attention on Monday night, with many fans expressing an eagerness to see the car back on track.

E63s ran for three seasons in the main game from 2013, but largely did not live up to their promise, winning just two races.

“I knew it’d be a point of interest for sure, I just didn’t know it’d explode as much as it has,” said Youlden of the reaction.

“That’s a good thing, it can only help obviously when you’re trying to put a deal together.

“I’m sure people are dying to hear how fast it was, but it wasn’t that sort of day,” he added.

“If we do put the deal together and do a full test day, we’ll have something more concrete to say.

“Especially with a track like Winton and the tyre bank we have, it’s hard to say where it truly is.

“I can say it’s not quite as fast as the Commodore at this stage, but it’s probably not a fair comparison.” 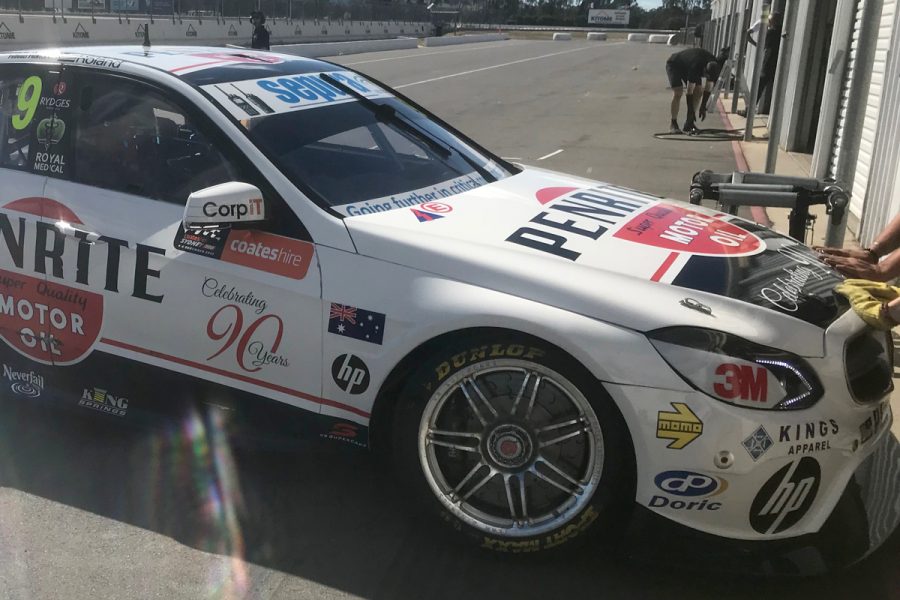 Although Erebus noted high ongoing development costs when parking the cars at the end of 2015, Youlden says it now marks a realistic way of him getting onto the Super2 grid.

“The money has already been invested. There seems to be endless bits and pieces that have been sitting there for three years,” he said.

“It opens up the opportunity to put something together that won’t cost a fortune but can still be competitive.”