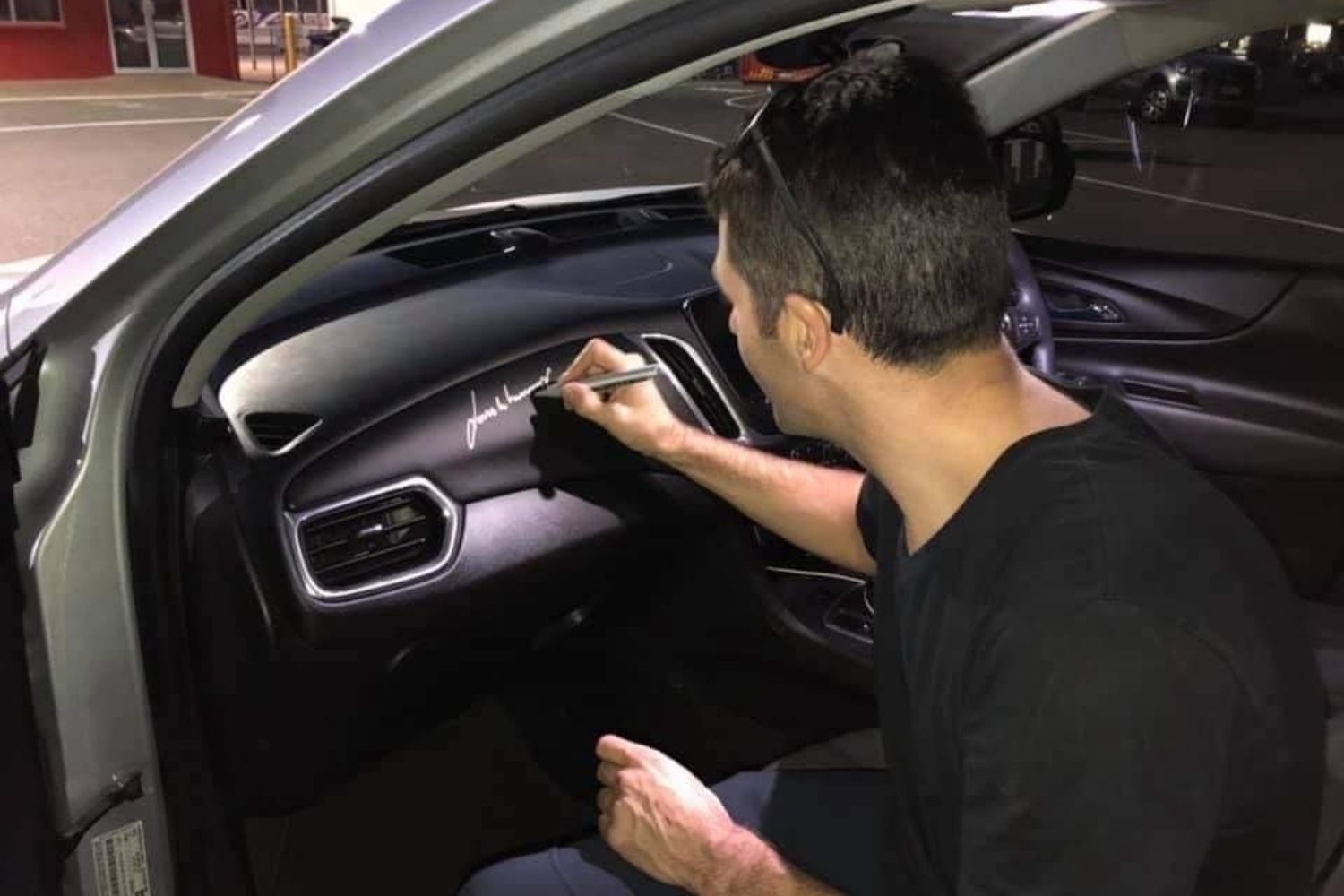 Jamie Whincup mega-fan Cherish Gibson has opened up on a touching moment the retiring seven-time champion.

In a post to the 888 Red Bull Army Facebook group on Sunday, Gibson shared photos of Whincup signing her car's interior at Queensland Raceway in 2019.

Whincup also offered to adjust the steering wheel and driver's seat for the Triple Eight fan to ensure it was in a safe driving position.

Gibson, who runs a social media fan page dedicated to the team, said she reached out to the 123-time race winner ahead of attending a test day at her home track. 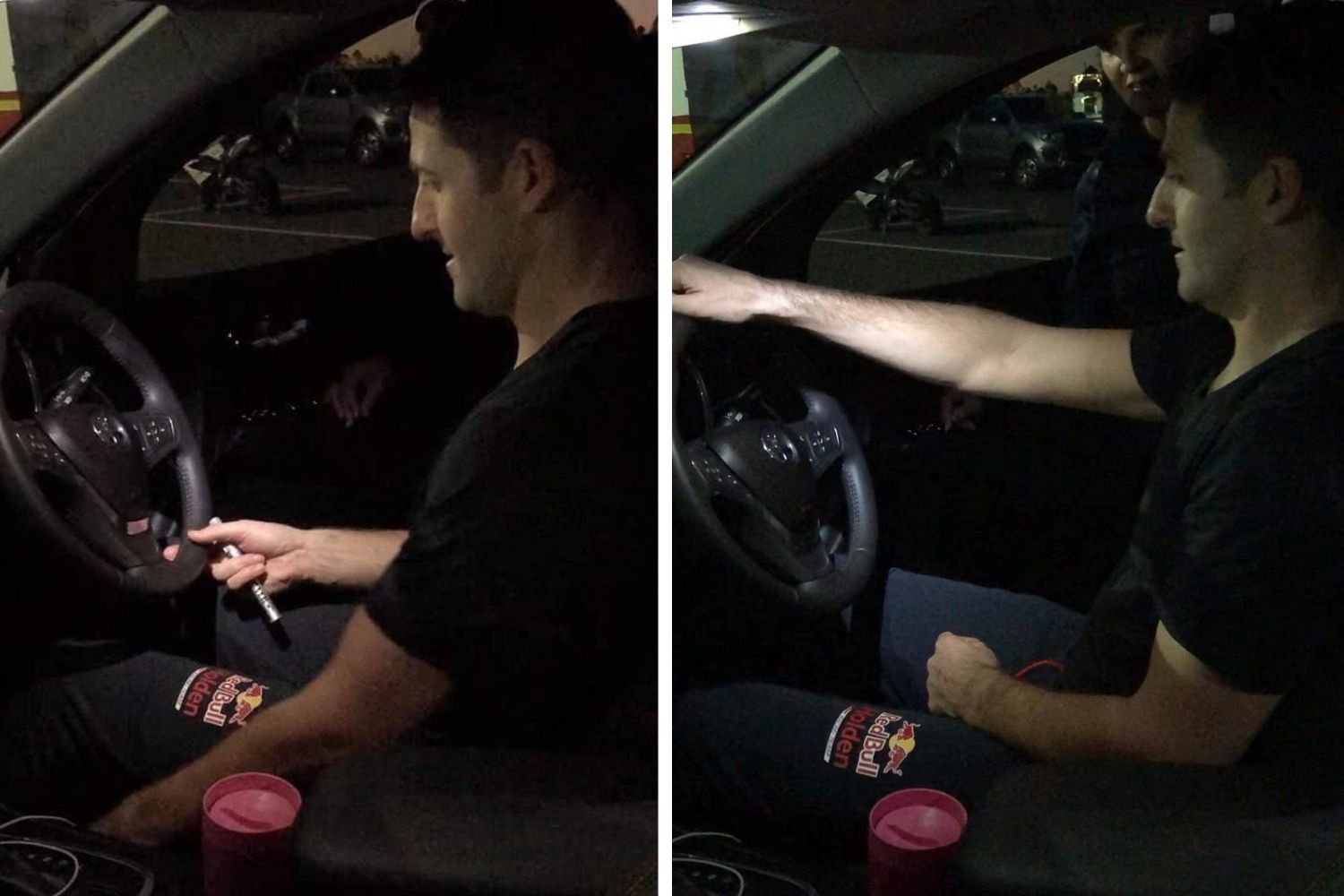 "I sent Jamie an email beforehand to see if he would be ok with signing my car," Gibson told Supercars.com.

"He replied and said more than happy to, so I went out there waiting for the day to end because I don’t want to distract the drivers during the day.

"I saw Jamie about to leave and he was more than happy to pop out and sign.

"He had a check out of the interior as well and that’s when he mentioned to me if I had adjusted the steering wheel and driver seat for how it suited me.

"That’s when he came round and sat in the drivers’ seat and started adjusting the steering wheel while he was explaining why he was moving things. 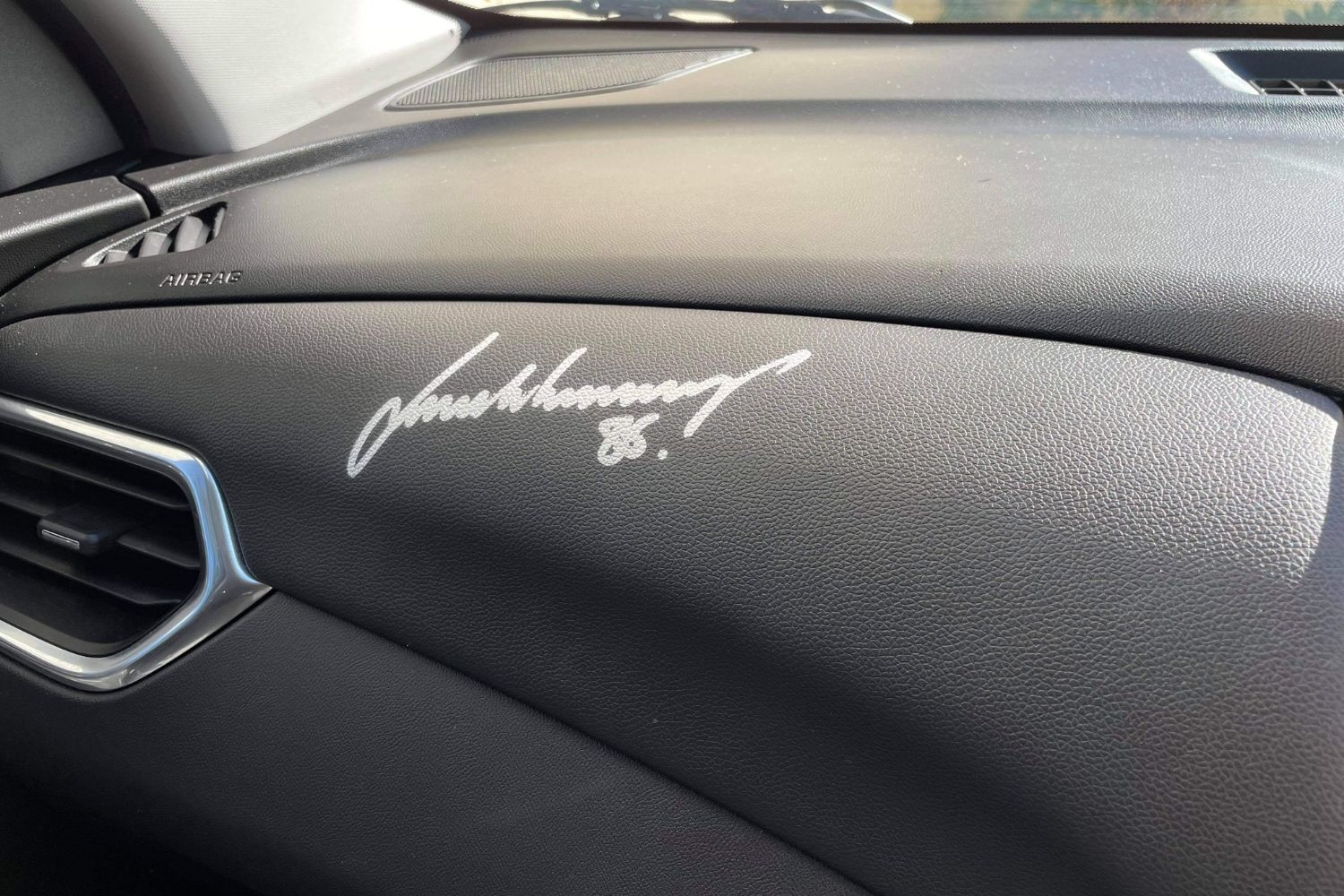 Brisbane-based Gibson has supported Whincup for over 15 years, and has met him multiple times.

She also clocked up her 13th hot lap with him in May.

"Jamie said in an interview once that I am the best fan he’s ever met," said Gibson, who started the 888 Red Bull Army page 11 years ago.

"I’ve seen him quite regularly at his café and at the track and I used to do all the events before COVID hit and put a bit of a stop to it.

"He’s done so many lovely things for me over the years.

"I was getting bullied online at one stage for supporting him and he sent me a personal email to say he believes I’m a good person and not to let the keyboard warriors get to me.

"He’s done quite a lot of lovely things over the years to make me feel appreciated as a supporter." 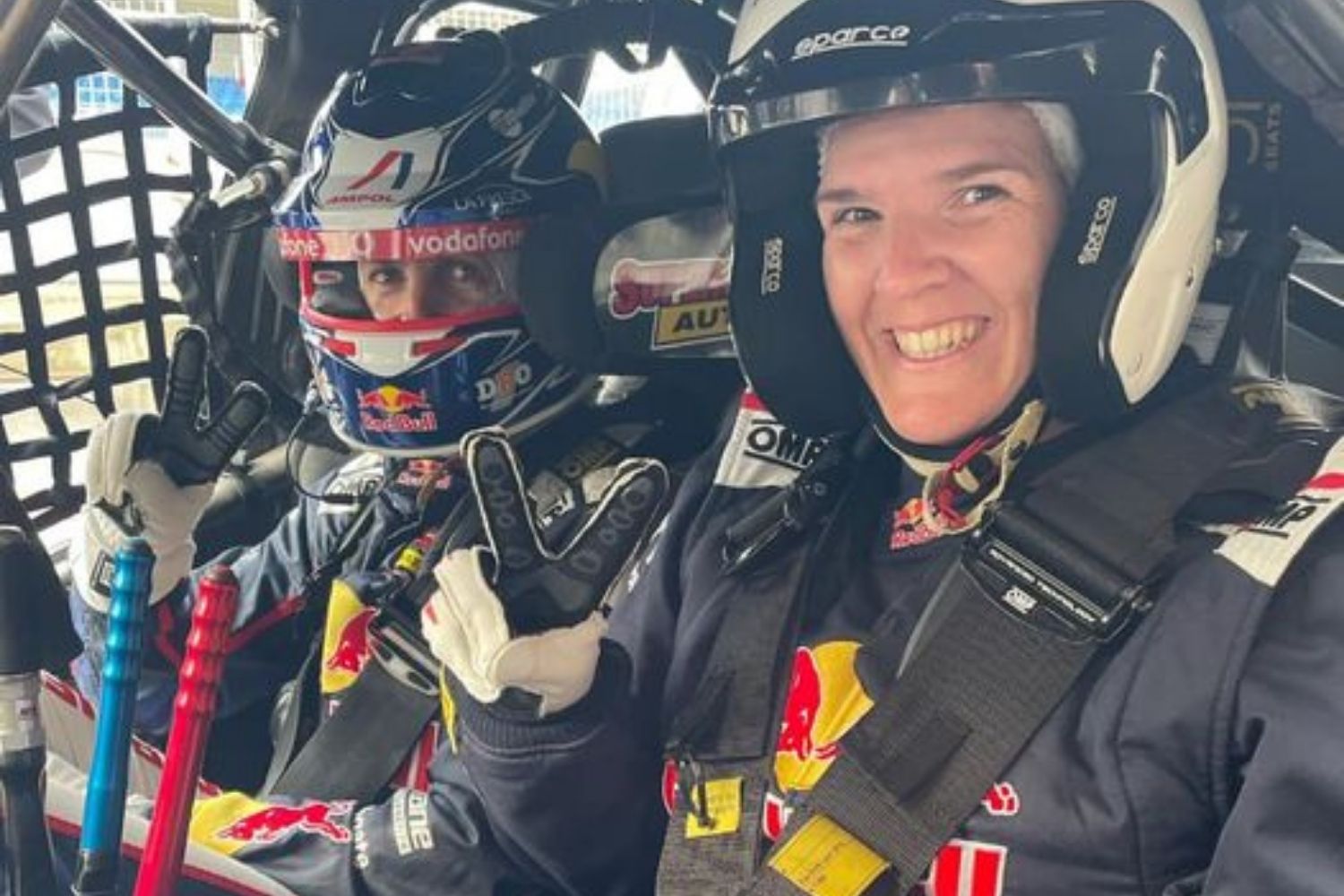 She also has a tattoo dedicated to the four-time Bathurst winner denoting his championship-winning years.

With the 2021 season Whincup's last as a full-time driver, Gibson admitted she had been "dreading" his impending retirement.

"Now that it’s here I don’t know what I’m going to do," Gibson said. of Whincup's final year.

"I always said when Jamie hung up his helmet, I would kind of hang up mine in a sense.

"I think I won’t follow as passionately, but hopefully he will still co-drive.

"I always told Scott Pye that he is my backup driver if Jamie ever left, so I’ll stay true to my word. 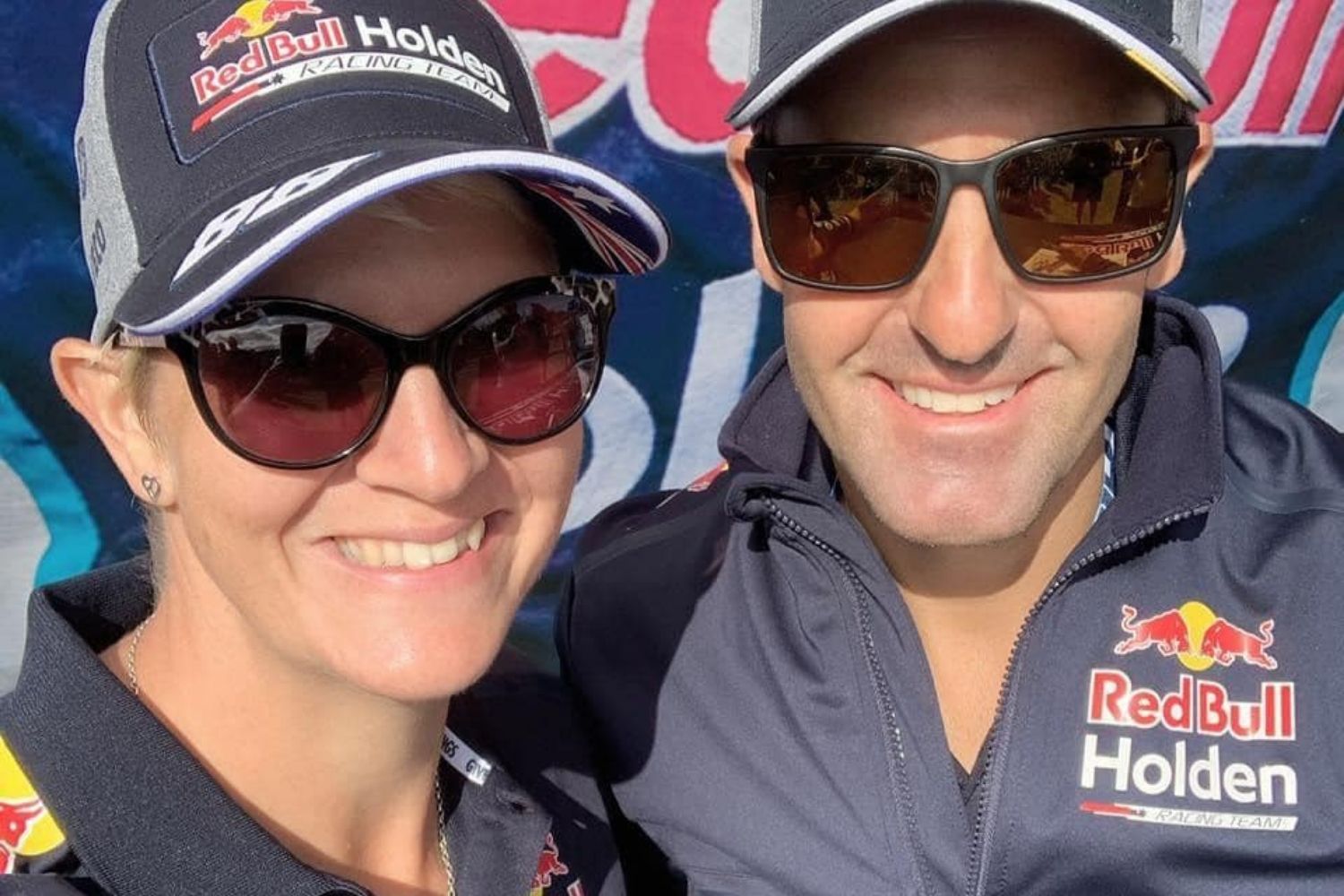 "I’ll still run the Red Bull Army Facebook page, and Scotty will be the driver I will be cheering for in a sense.

"Scott was thrilled; he said, 'Can Jamie retire now?'

"Jamie is a genuinely nice guy, if you see him at the track, he will always wave or say hi even if it’s from a distance, just so you know he’s acknowledged that he’s seen you, it’s lovely.