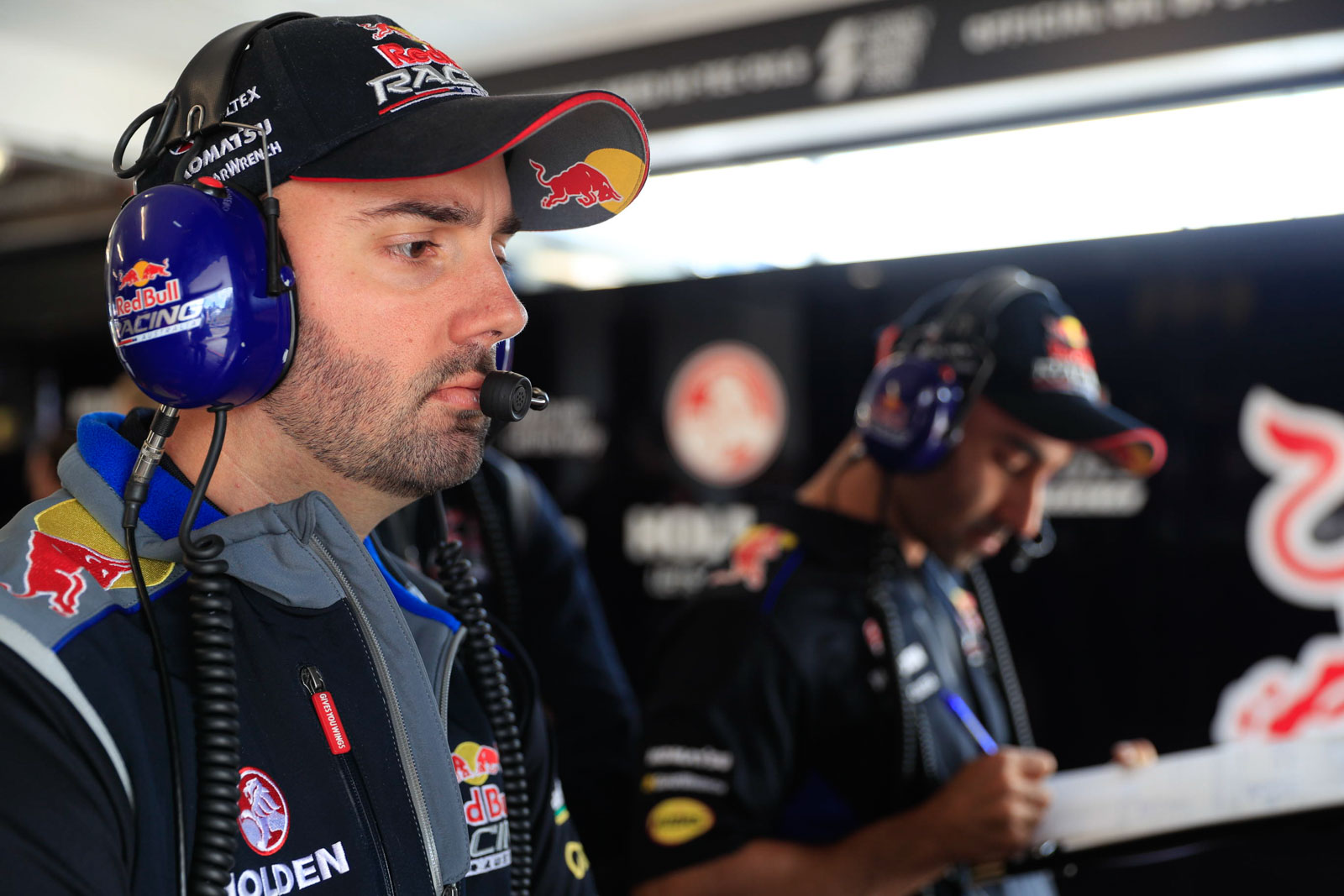 Red Bull racer Shane van Gisbergen is looking to take his maiden Supercars Championship after a best previous finish of second – and so is the man calling the shots behind the scenes, Grant McPherson.

One of pit lanes most successful engineers, McPherson last year held the Peter Brock Trophy at Bathurst with Craig Lowndes, but finished the year second best to his former charge Mark Winterbottom.

McPherson’s shift to Triple Eight from Prodrive for the 2014 season, to run one of Winterbottom’s major rivals in Lowndes sparked fury amongst some fans.

But last year’s finish paired with the Supercars favourite was McPherson’s best, having ended previous seasons third with both Winterbottom and Will Davison at Prodrive. He has led the points at some stage with his respective driver every time for the last five years, but is yet to win the Championship.

This year he and van Gisbergen go into the finale leading by 191 points, on the cusp of securing the title, though McPherson is keeping things in perspective with the Coates Hire Sydney 500 a volatile event where circumstances can change in a second.

“It’s business as usual,” he said when asked about the next four weeks.

“We should have a very strong car at Homebush and the focus is to just go and have some fun, win some races, and hopefully if it all goes to plan we’ll be changing out car number at the end of the weekend.”

While it went down to the wire last time around, the biggest difference now is that the #97 is defending, not chasing. All they need is a pair of 16th place finishes to make the gap unbridgeable with just 300 points left on offer.

“Last year we came in with a big deficit after our Pukekohe disappointment [a tyre failure while leading], but it is what it is.

“Anything can happen at Homebush, it’s just one of those places, so nothing is done until it’s done.

“We’re trying to go up against a six time, wannabe seven-time champion – that’s not to be understated, that Jamie is the best in the business.

“We’ve got to keep our focus, have a good car and wrap this up.”

Success on the weekend in Auckland does give McPherson one record – he becomes the first to win the Jason Richards Memorial Trophy twice, with a different driver taking it out each year. He engineered Winterbottom to his Pukekohe victory in 2014, before winning it with Van Gisbergen over the weekend.

The 27-year old driver admitted choking back tears at the finish, and McPherson was also emotional speaking to supercars.com about the honour.

“Very excited to win the Jason Richards Trophy again, it means so much to everyone in our sport, it’s an amazing trophy to hold and to do it with Shane, the first Kiwi, is pretty special in front of such a great crowd. A very cool day.”