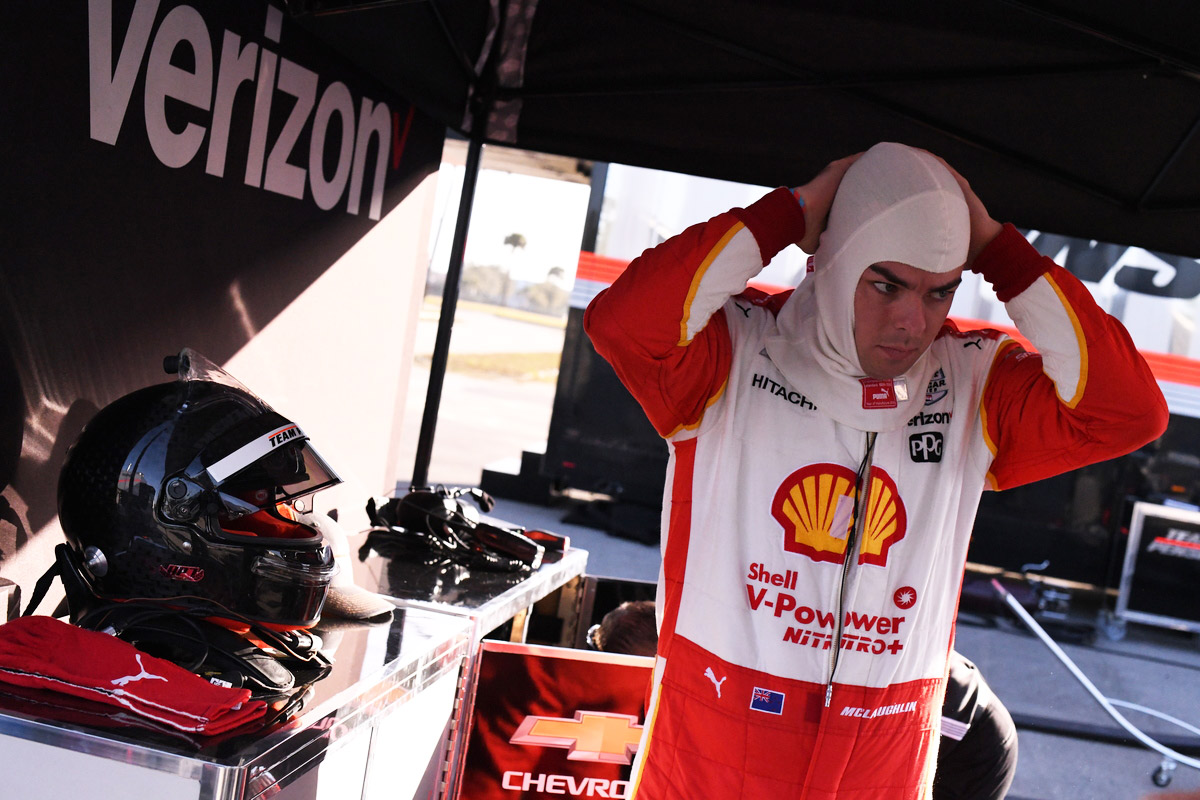 Scott McLaughlin has crashed out of his IndyCar debut at the Firestone Grand Prix of St. Petersburg this morning.

Having qualified 21st of 24 starters, McLaughlin impressed through the first half of the 100-lap street race to be running 16th at the time of a lap 47 restart.

That’s when things came unstuck however, as McLaughlin made light contact with Marco Andretti and subsequently spun into the path of Rinus VeeKay.

Damage from the incident put McLaughlin out of the race.

The 27-year-old, who will make a full-time switch to the American open-wheel series in 2021 with Team Penske, was upbeat about his first experience despite the abrupt finish.

“It was awesome. Far out, best day of my life bar my wedding,” McLaughlin said in an interview on the broadcast.

“The Shell V-Power Nitro+ IndyCar was going well and then I just tried to make a move, I tried to block Marco.

“I felt like I was there or thereabouts and just had half a rear-lock, I’m not exactly sure. Cold tyres caught me out a little bit.

“Pretty disappointed but I had a lot of fun today.”

McLaughlin was far from the only driver to find trouble in a chaotic season finale on the Florida street circuit, with the likes of Will Power and Alexander Rossi both finding the wall.