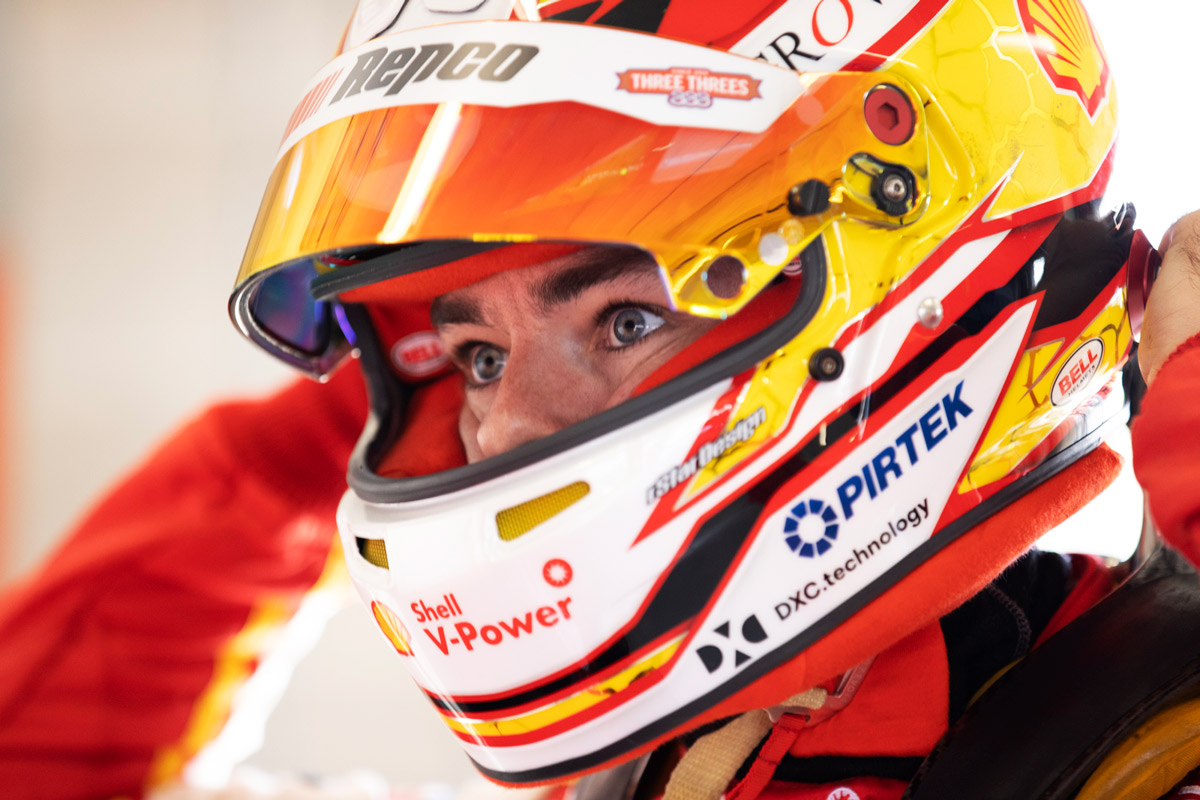 Scott McLaughlin has hailed his recovery mission in the opening race of the NTI Townsville SuperSprint as critical damage limitation for his pursuit of a third successive Supercars crown.

A rare mistake in qualifying left McLaughlin to start down in 16th, putting him in danger of some potential first-lap chaos.

That did arrive but the #17 Shell Ford driver smartly evaded a cluster of cars to suddenly rise eight spots to eighth.

McLaughlin took a cautious approach into the heavy braking zone at Turn 2 in a bid to stay out of trouble.

“I just do it differently to some drivers obviously… I braked where I thought was right and everyone just went so much deeper than I expected, like people gained a car length on me,” he said.

“I was like, ‘there’s definitely going to be something happen here’ so it was just all about trying to stay as close as I can to the kerb and luckily I was on my side.

“At the end of the day, you have still got to put yourself in that position and I was happy that, I didn’t understeer or lock up myself.”

His Mustang did cop rear damage but that did not prevent him from securing a seventh-place finish to minimise race winner Jamie Whincup’s gain in the points.

For all his dominant outings, McLaughlin noted it’s such days where you make the best of a bad situation that really matter in the championship race.

“They are really important days,” said the 27-year-old.

“We had a fast enough car to be right up there in the Shootout, it didn’t happen, so it was all about maximising what we had from 16th. 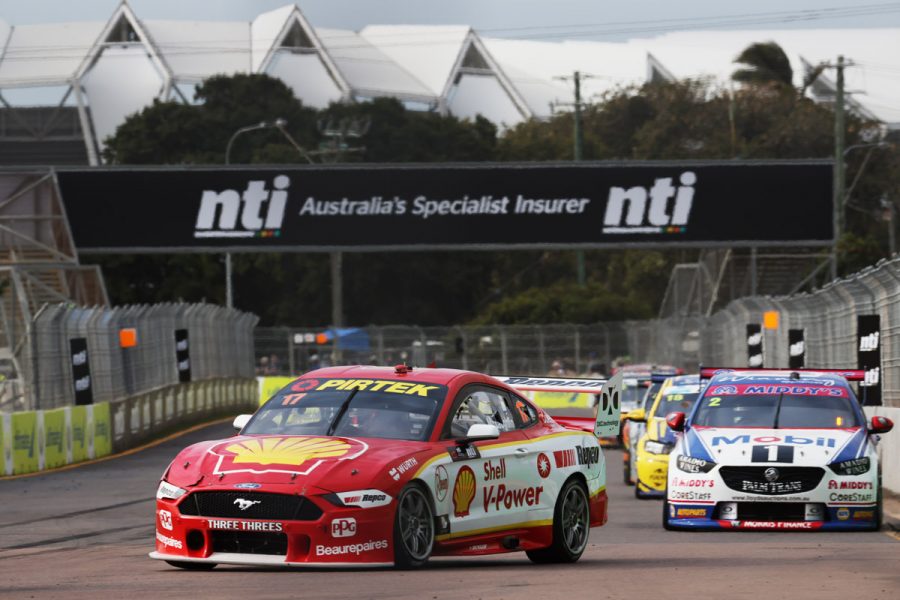 “We ideally put a rubber marked stamp on being 10th or better… we agreed seventh would be like a tiny win, so we got seventh, nearly got sixth or fifth.

“The championship is all about maximising your bad days and I’ve said it heaps of times before that certainly these days build yourself to a championship.

“I think we lost 30 something points, it could have been a lot worse and overall we’ll just move on.”

It could have been even better than seventh if not for a slow pitstop that prevented an early-stopping McLaughlin from coming out in clear air in front of the likes of Lee Holdsworth.

“We made a little error in the pitstop that cost us probably two to three seconds maybe,” said McLaughlin, whose crew changed three tyres at his compulsory stop.

“We probably should have come out in front of Holdsworth, possibly [Scott] Pye, and used our pace there.

“Overall I think seventh, if that’s our worst result of the weekend, that’s a good thing.

“I’ve got a set of tyres up my sleeve compared to others [due to not running in the Shootout] but at the end of the day we will use them in quali tomorrow.”

Qualifying will kick-off Supercars’ Sunday action at the NTI Townsville SuperSprint with the first of two grid-setting sessions starting 10:40am local time.