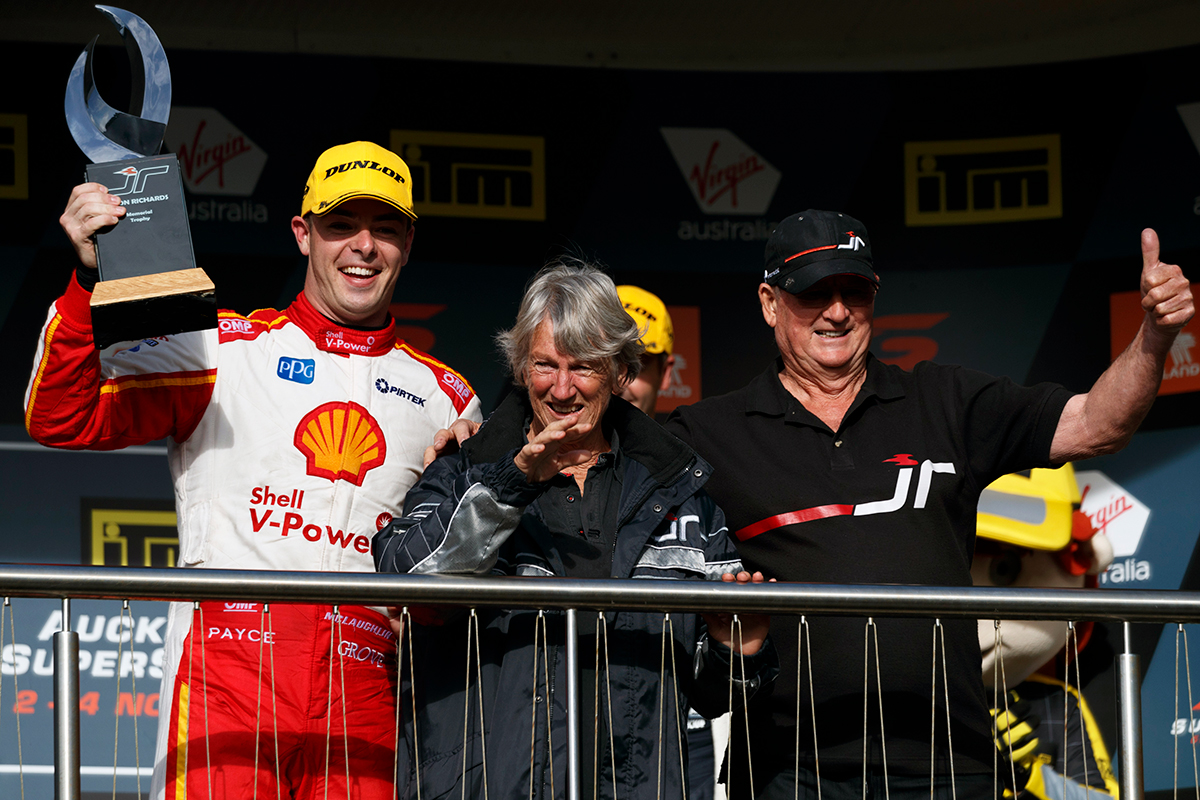 Scott McLaughlin says seeing Dave Richards on the grid at Pukekohe on Sunday was something of an omen before winning the Jason Richards Trophy.

McLaughlin took out the perpetual award, introduced for Supercars' return to Pukekohe in 2013, following the death of the popular Kiwi driver in December '11.

He joins current title rival Shane van Gisbergen in 2016 as a New Zealander to have done lifted the JR Trophy.

While the pair recorded identical results of a first and a second over the event, McLaughlin got the nod based on his victory coming in Sunday's finale.

The parents of the late Brad Jones Racing ace, Dave and Pauline Richards were on hand and presented the trophy on Sunday afternoon.

That, though, wasn't McLaughlin's first contact with the Richards family that day.

"A very proud moment for me," the Shell V-Power Racing driver said of winning the Jason Richards Trophy, on a Supercars Facebook Live.

"I saw Dave before I took off on the grid and he pointed at me and pointed back at the trophy. It was a bit of an omen.

"I said to him after 'maybe you should come on the grid every time!'

"It's very special. Jason was a true sportsman, a proud Kiwi and someone that a young driver like myself, Shane, everyone growing up, we looked up to him, he was a great guy." 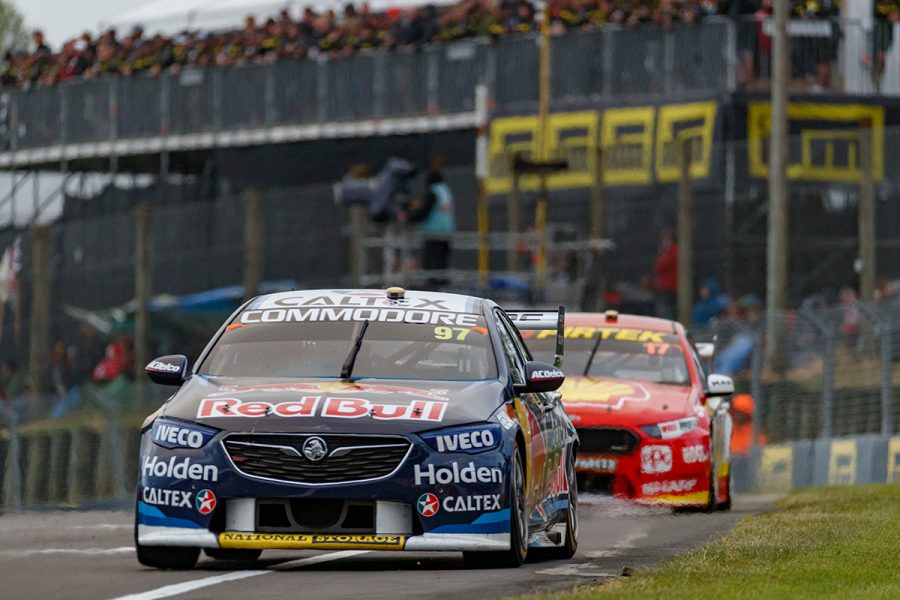 With the weekend's results, McLaughlin and van Gisbergen remain separated by just 14 points in their championship battle, with only Newcastle's finale remaining.

Van Gisbergen won the JR Trophy two years ago on his way to the title, and said he was happy to see a countryman do the same.

"Stoked for him for that, it's a real privilege, it's awesome to win that trophy in memory of Jason," the Red Bull Holden Racing Team driver said.

"That's the reason we're all racing so hard this weekend, to win that one.

"Having Jason's parents here this weekend has been really cool, seeing them staying in their motorhome.

"If it couldn't go to me, I'd rather it went to another Kiwi and that's Scotty."

Hell Yeah!! Pole in NZ, my nana even thought that was a good job!! Bring on the race #VASC pic.twitter.com/wawXK3clXx

In addition to his own New Zealand-based parents, McLaughlin was supported trackside by his nan, who relished his race-winning performance.

"She was pumped," McLaughlin said.

"She's mid-80s now, getting on, and to have here was very special. She's been a massive supporter of my career.

"My gran, unfortunately, passed away a few years ago but she still rides on the top of my helmet (acknowledged with a sticker).

"To have nana here, she's a massive part of my life, so to win and get a pole, she gave me a pat on the back."