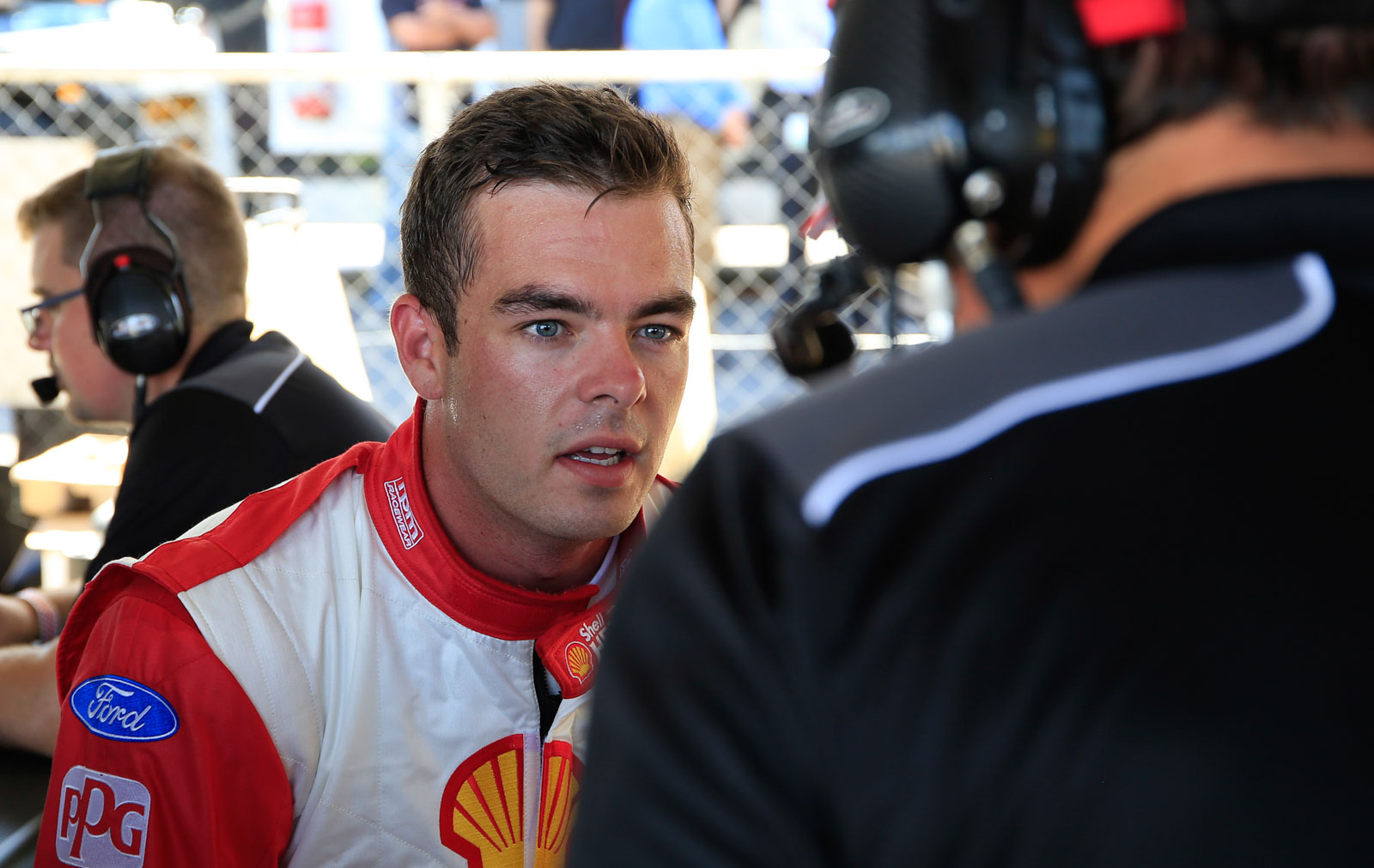 Three years after shooting to mainstream prominence with an innocent, off-the-cuff profanity on live television at the Clipsal 500, life has changed for Scott McLaughlin.

The now 23-year-old is embarking on a multi-year, big-money assignment with American owned powerhouse DJR Team Penske that must deliver results both on and off the track.

McLaughlin has spent recent years at Garry Rogers Motorsport building his stocks, winning eight races while carving out a strong fan following with his heart-on-sleeve approach.

Although moving from the colourful GRM to the clean-cut Penske empire, McLaughlin has vowed not to let the sea change affect his affable persona.

In an extensive interview with Supercars.com editor Stefan Bartholomaeus, McLaughlin talks about joining Penske and the challenges ahead.

Scott, having now spent a bit of time as a DJR Team Penske driver, both in the shop and briefly on track last week, what are your impressions of the team?

It’s an ultra-professional organisation and you understand that when you go into the shop and see how clean it is, for instance. It’s deadset like a laboratory.

In terms of professionalism, I’m going to have to step up my own game in terms of being clean and tidy, clean shaven, tucked in shirt, the whole deal.

It’s been a pretty cool few weeks spending time with the guys and driving at the ride day. I’ve been at the shop nearly every day getting to know everyone. I feel at home already.

You mention the clean-cut image of Penske. One thing that has made you popular with the fans is that you’re a bit raw and rough-around-the-edges. Does that have to change?

No, I don’t think that needs to change. I’m always going to be myself, which includes wearing my heart on my sleeve in interviews.

But at the same time I’ve got to understand that it’s a big business and we’re representing a lot of corporate partners, so swearing on TV isn’t a good idea.

I’ve learnt a lot over the last few years on the media side, but the biggest thing I learnt from Garry was to always be myself.

I’m comfortable being myself and I’ve told Roger (Penske), Tim (Cindric), Ryan (Story), Dick (Johnson), everyone at the top here, that I won’t be changing who I am.

The most important bit is obviously in the car. You had a little drive at the ride day. How difficult is the transition going to be, going from the GRM Volvo to the Penske Ford?

To be honest I won’t know until we start looking at some times. I felt I jumped in and was at home pretty quickly.

I’m getting a new car that will be set up for me, which will make it even easier, but at the ride day I was surprised with how easy the transition felt. 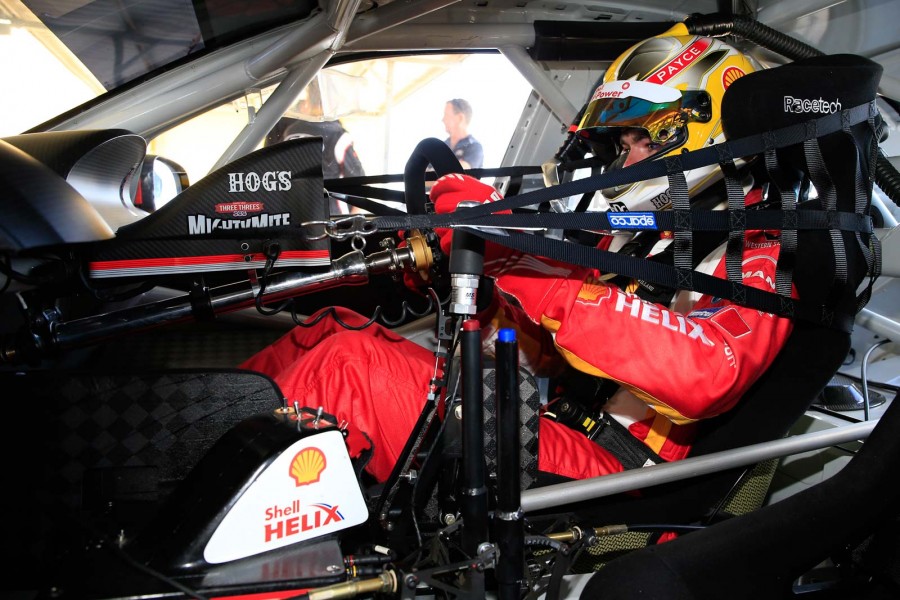 There’s a lot of resource at Penske going into the development program on those cars. As a driver, are you ready to help steer the direction of all that?

Absolutely. I learnt a lot at Garry’s on the development side through the Volvo project, both on the engine and chassis.

The car came a long way over the three years and I learnt a lot in that process, working with some great people like Richard Hollway.

I know we have great resource and people here with Ludo (Lacroix), Phil (Keed) and some of our design staff from American, they are amazing.

I’m very excited for what’s ahead but we have to take small steps and work with Fabian on moving it forward.

It’s going to be important that we gel together to make the package better for both of us.

The tyre construction change happening at the same time as your change of teams. Do you see the timing of that as good or bad for you guys?

I don’t know. I’ve always liked the Porsche (Carrera Cup) tyre and from what I understand it’s gone in that direction.

I also like the softer tyre with more grip, so for me it feels like it’s going the right way, but we won’t know until we drive on it.

You’re only just joining the team, but Penske is now in its third year here and remains without a win. Does that add pressure for you to perform straight away?

I think I’ll be the worst in that sense. I put a lot of pressure on myself to get results and I think if I’m not doing that then I don’t care enough.

There’s pressure there and Roger clearly wants to win. We have the ingredients and we just need to put it all together.

Everyone in the team wants the same thing and they’re all working very hard. It’s a special place to be at the moment.

When you see everyone putting that much effort in it makes you work harder. I’ve been putting a lot of effort into my training and I feel the fittest I’ve ever been.

Triple Eight is obviously the benchmark that everyone is chasing. What do you think they have done better than everyone else over the last decade?

The number one thing is that they’ve got the personnel and we’ve got that side of it now.

But I think they’ve just refined everything perfectly. They’ve made their mistakes, learnt from them and are now at a point where they hardly ever make mistakes.

I think that’s important for a championship. They are fast everywhere and just keep gathering points.

If we can get to a point where we are fast consistently like them, that’s when we know we can challenge them.

Until we get to that point then we’ve got to keep working twice as hard to catch up.

You’ve been open about your desire to one day race in the USA, but you seem to enjoy the US on a deeper level than just car racing. You’ve been over there a fair bit in recent years. What is it about the USA that does it for you?

I love the US culture. The people are so nice and the way they go about life.

Everything is a party over there and I like having a good time. They’ve always got some excuse to have fun and nothing really worries them too much.

It’s probably the one place that if I was ever going to move anywhere, even if I wasn’t racing, it’d be to the States.

It’s like our culture but it’s different enough to be different. All that stuff will come in time, but it’s certainly a place that I love.

The fact that you started your Supercars journey at such a young age should mean you have plenty of time to race in the States once you’re done here.

I’d love to do it, but until I’ve ticked the boxes here I don’t want to go anywhere. That may never happen so I might be here the whole time!

But I’m young and you’ve always got to have a plan or a goal to try something else.

It’s a good opportunity that if I do well here I can potentially go somewhere else, but I’m employed here to race Supercars and that’s the focus at the moment.