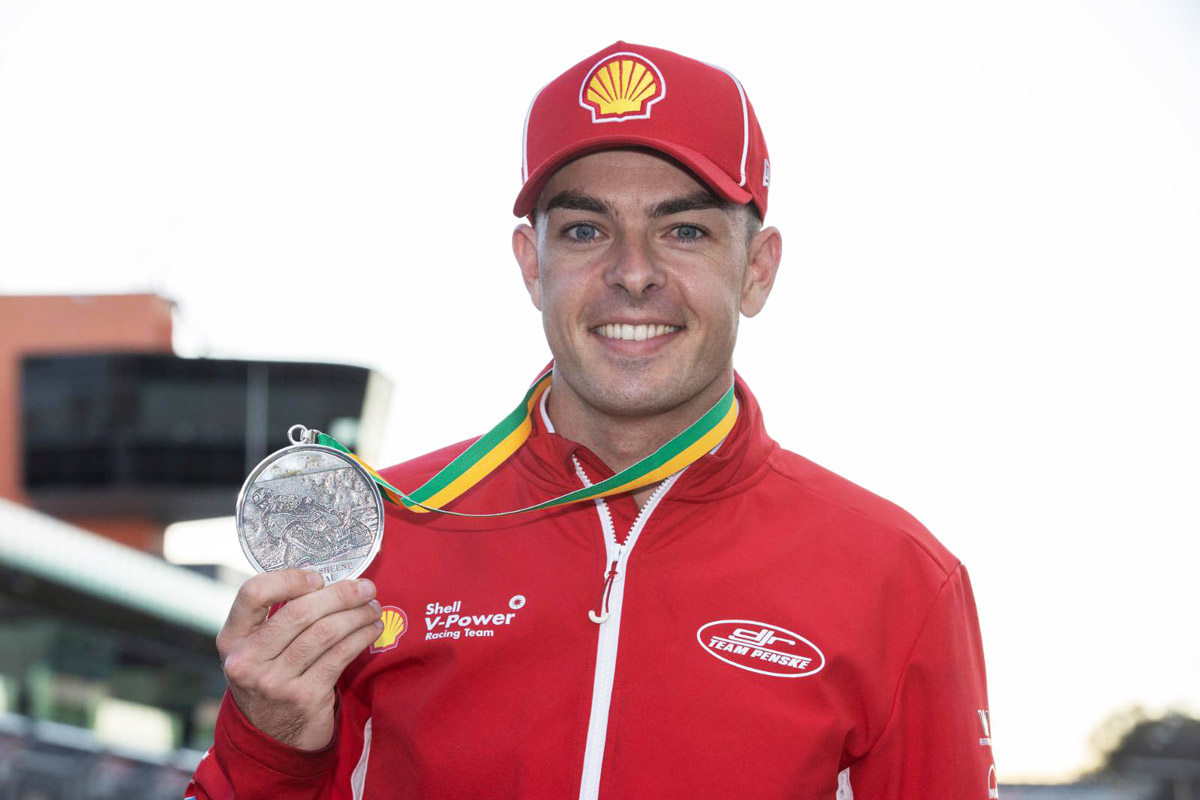 Newly crowned 2020 Supercars champion Scott McLaughlin has picked up his third Barry Sheene Medal for best and fairest as part of a post-race awards ceremony at Bathurst.

McLaughlin was announced as the prestigious award winner, as voted by the sport’s key members of the media, less than two hours after taking fifth place with Tim Slade in the Supercheap Auto Bathurst 1000.

It follows similar recognition for the Shell V-Power Racing driver in 2014 and ’16; only Craig Lowndes has won the Barry Sheene Medal on more occasions, with five.

“It’s obviously a medal that is very highly regarded within the category.

“Barry was a great man, although I didn’t meet him, but to display the qualities that obviously I’ve heard about and stuff like that is a very proud moment for me, my family and the team.”

Adding to the Ford squad’s haul for the day was the presentation of the teams’ championship trophy.

Having also won the teams’ title in 2019, Shell V-Power Racing entered the day with a 100-point advantage over the Red Bull Holden Racing Team.

They finish the year with a 262-point buffer, following a mixed day for the Red Bull HRT in which Shane van Gisbergen/Garth Tander won but Jamie Whincup crashed out early. 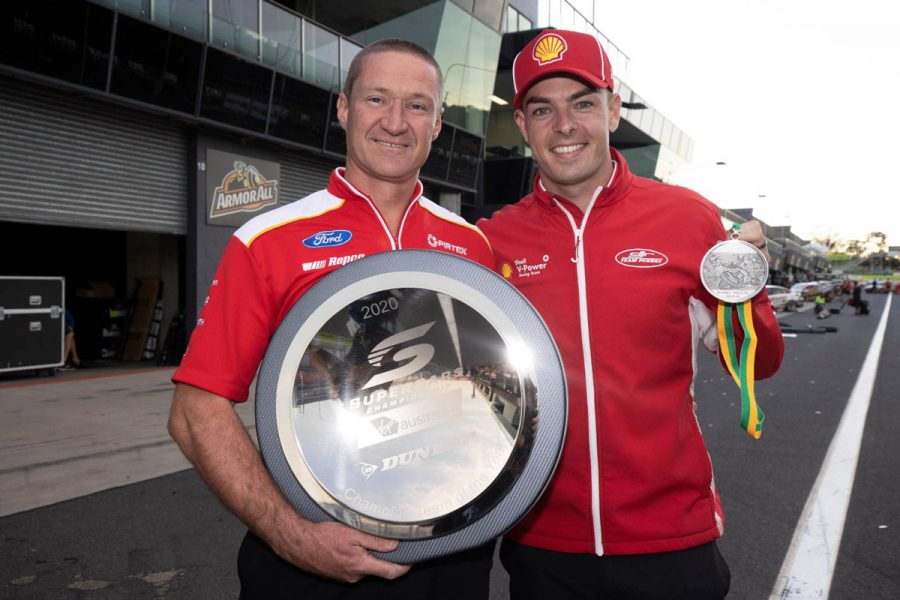 The 26-year-old from Mildura took his first solo Supercars win last month at The Bend and enjoyed a strong Bathurst outing, scoring pole and a podium to clinch second in the drivers’ standings.

“Absolutely amazing. I need to thank absolutely every one of you guys for voting for me, I obviously didn’t run into you enough this year!” Waters laughed.

“Someone could have told me so I could have dressed up a bit better for this but absolutely awesome year.

“[It’s just been about] building on last year. I had a fair bit of pace but just not really able to back it up every weekend.

“This year has probably been the turning point with that stuff and this weekend has been absolutely amazing, obviously the pole award yesterday was really cool, I had a lot of fun doing that.

“I gave it absolutely everything today but Shane [van Gisbergen] and Garth [Tander] did a little bit better job.

“Awesome year, I couldn’t do it without my boys, they’ve had so much sacrifice this year like all the Vic teams and they’ve just been putting in a massive amount of work so can’t thank them enough.”