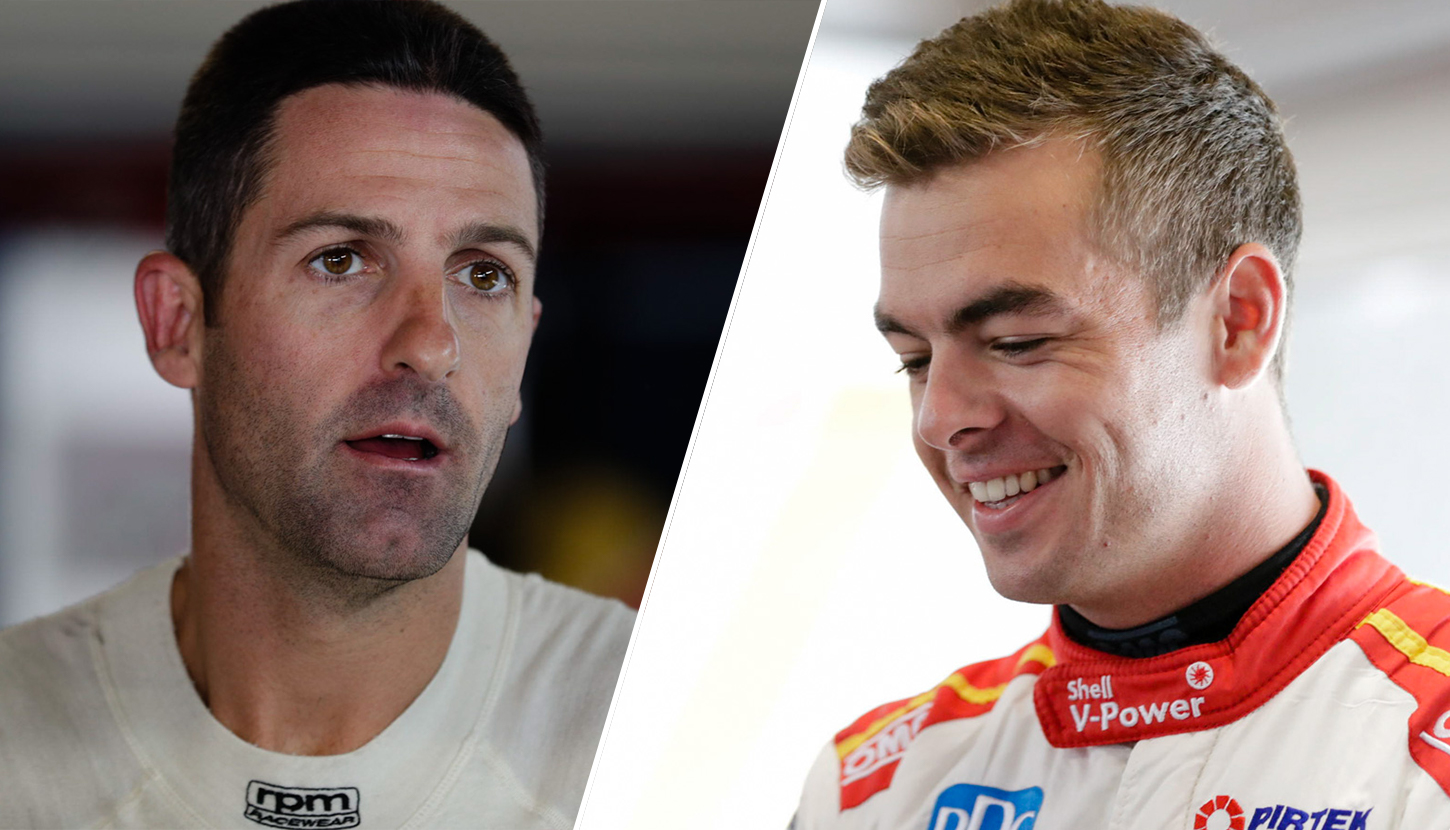 Shell V-Power Racing’s Scott McLaughlin has fired back at rival Jamie Whincup’s claim the Ford squad now has ‘all of Triple Eight’s data, ever’ saying the emerging team is now ‘in their heads’.

The upturn in performance came in the second event since technical guru Ludo Lacroix’s high-profile defection from Triple Eight to engineer McLaughlin’s #17 Falcon and take up the Competition Director role with the team.

With Triple Eight-built cars winning every race at Symmons Plains since 2014, Whincup said he expects Shell V-Power Racing to be at the front of the field now ‘they’ve got all our data from Symmons last year’ following Lacroix’s switch.

McLaughlin fired back at the claims, saying Ludo’s influence isn’t the sole bearing on the team’s upswing in performance, but added Triple Eight is getting worried about their emerging rivals.

“But at the end of the day, we’ve got some of their secrets… some of them, we’ve probably got most of them, so that’s quite a good thing.

“It’s a cool thing and we’ve got to try to use that to our best advantage.”

The Kiwi driver admitted he was amused by Whincup’s comments in what is developing into a strong rivalry between the Ford and Holden teams.

“It’s always going to be a little bit hard for them, but I’ve just got the popcorn out and I’m having a good time reading all the comments and I know we’re in their heads so it’s a fun thing,” he added.

Team-mate Fabian Coulthard opted to take a lower key role ahead of his return to the track he took his debut championship win at in 2013.

“For us, we just go about our business each week-in and week-out,” he told Fox Sports News.

“Our aim is to collect as many points on the way.

“We’ll concentrate on what we’re doing and improve our cars and let the others worry about us.”

28/03/2017
Stay In The Know
Sign up to the Virgin Australia Supercars Championship Newsletter
We use cookies to ensure that we give you the best experience on our website. If you continue to use this site we will assume that you are happy with it.Ok