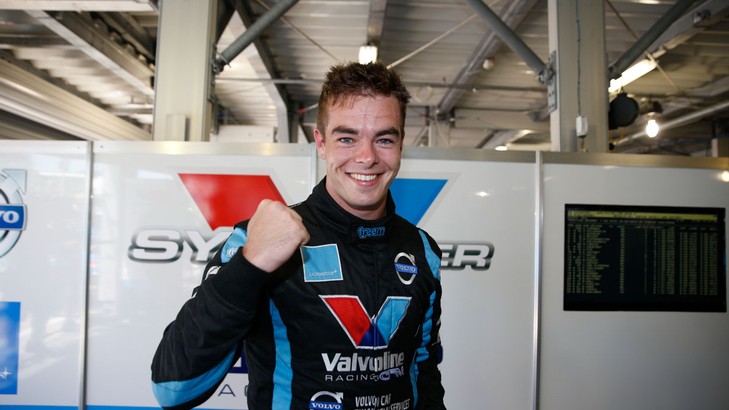 Having shown stunning qualifying speed in the new Valvoline Racing GRM Volvo S60, Scott McLaughlin is determined to go the next step and win at the Clipsal 500 Adelaide today.

McLaughlin qualified fifth for this afternoon’s opening 125km race and an incredible second for race two after sitting atop the times for much of the session.

“I want to win now. We have ticked one box and shown we have a good car,” McLaughlin told v8supercars.com.au.

“Even if we get into the top 10 it would be a mad achievement, but I am going hard, I am going to try and win this thing.”

The 20-year old McLaughlin revealed he had felt the pressure of expectation to perform on Friday, with senior Volvo executives including global motorsport boss Derek Crabbe watching on trackside.

And he knew he couldn’t look to rookie teammate, Swede Robert Dahlgren, to set the pace as he is new to the category and to Australian tracks.

“We have a full manufacturer behind us and no disrespect to Robert, I am the guy they are hoping can deliver for them. It was a bit of a pressure cooker in there.

“I was nervous and excited headed into here because you don’t know what to expect.”

McLaughlin admitted his fastest lap in the Race Two qualifying session could have been better if not for a mistake. However, he said he had consciously stepped back from saying it had cost him pole.

“I stopped myself because I thought I was going to sound like a wanker,” McLaughlin laughed.

“I hope it’s the end of the Volvo jokes,” he added.

While he was fourth fastest in the opening practice session this morning despite a power steering failure, McLaughlin said he had not become fully confident of the S60’s capability until the final practice when all the leading contenders went for a time on fresh Dunlop tyres.

“I thought then we had a good shot and car had a little more in it and so did I, so it was all good.”

McLaughlin was clearly emotional about the result, thanking team owner Garry Rogers and the GRM crew for the intense effort put in to deliver two brand new cars to the grid. 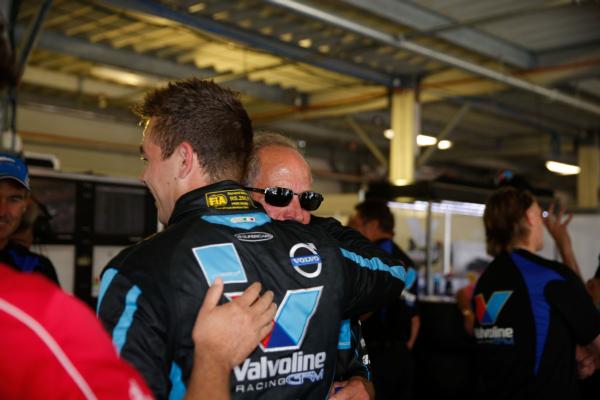 He also acknowledged there had been some debate about his future in 2013 when he re-signed with GRM rather than accept a lucrative offer from a rival team.

“This is genuine pace, the boys have given me a great car. I am the last piece of the puzzle. I felt like we had a good car coming into here. It’s great.

“It was emotional because there was a lot of stuff that went on behind the scenes about me signing with the team and a few things and I am just stoked that I made the right decision."

Rogers paid tribute to his young driver and was delighted to hear his ambition was to win this weekend.

“You’d have to say that is a pretty special effort. To get that sort of result first time out with a brand new car also says I have a first class group of blokes around me.

“Scott has got the right attitude to win because for him it isn’t about the money or the glory, it is about the racing through and through.

For his part, McLaughlin said the S60 was a very similar driving experience to the GRM Holden Commodore he drove in 2013.

“The driveability of the engine is a little bit different but you couldn’t really pick it. There’s just a little bit more grip here and a little less there.”

V8 Supercars action begins at 12.50pm local time with practice, before Race One at 4.20pm and twilight-run Race Two at 6.50pm.