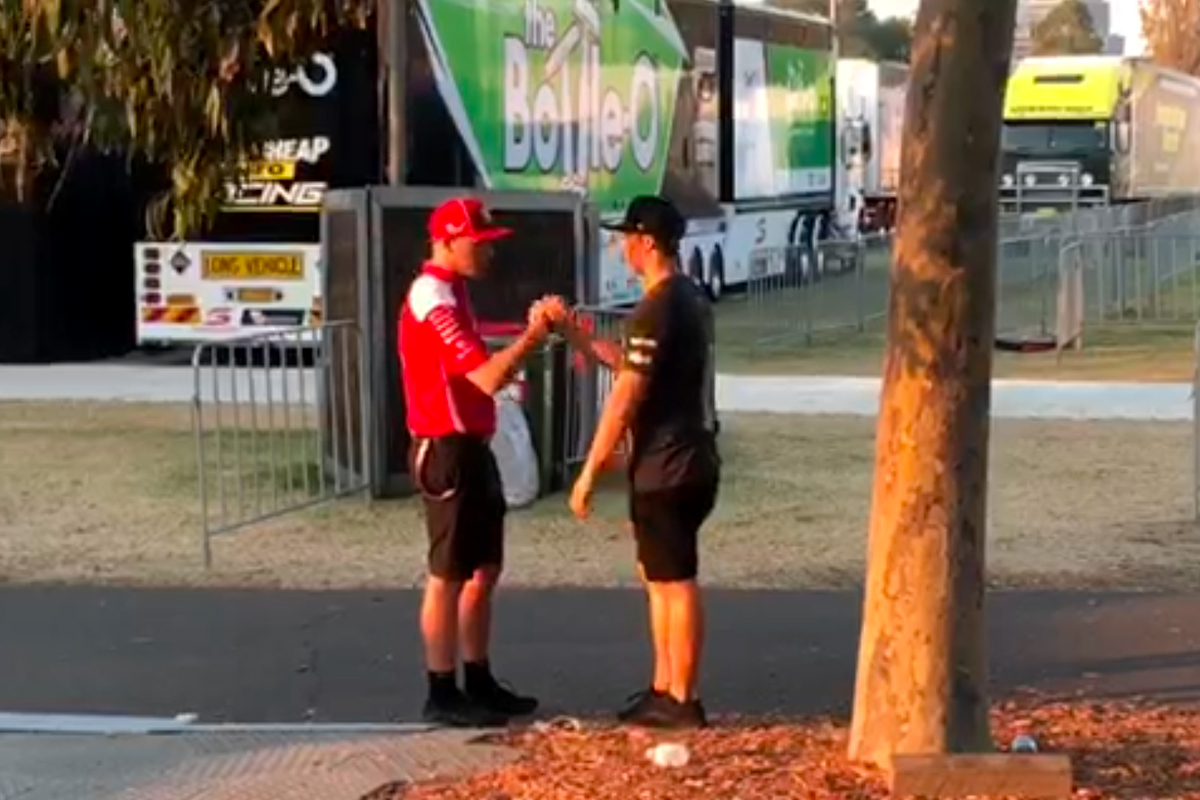 The bizarre pre-race incident between Scott McLaughlin and Cameron Waters that prevented both drivers from starting Saturday evening’s race at Albert Park is under investigation.

McLaughlin and Waters were set to share the front row, but damaged their Mustangs on the outlap from the pitlane to the grid.

Contact between the left-front of Waters’ Mustang and the right-rear of McLaughlin’s occurred at the exit of Turn 5 as the Monster driver attempted to pass his rival.

Both were able to make it back to pitlane, but the damage was too great to repair in time for the start of the race just minutes later.

Although television cameras missed the collision, officials will have onboard vision and data from both cars for their investigation, which is not expected to be completed until Sunday morning.

Speaking on the television broadcast directly after the incident, neither driver was willing to take the blame.

McLaughlin said he was “expecting an apology” from his rival, while Waters made clear that “I’m not taking the full responsibility for that”.

While the race was taking place, the two drivers met up in the paddock area; their discussion ending with a handshake and a thumbs-up from Waters.

Waters comes to see Mclaughlin after out lap incident puts both out the race. #VASC pic.twitter.com/mjQKiaBt8v

McLaughlin later moved to calm public debate over the incident on social media, posting a message beginning with “eyes forward”.

“We race humans, humans make mistakes – whoever is to blame,” he wrote.

Eyes Forward - We race humans, humans make mistakes - whoever is to blame. I start P2 for tomorrow and an opportunity to win another race. Sorry to the guys, unfortunate circumstances.. let’s get them tomorrow team! pic.twitter.com/cqT5qwAvvq

Waters meanwhile said he apologised for the incident, regardless of who was to blame.

"Whether it’s my fault or not my fault, I’ve apologised to everyone anyway," he said.

"It shouldn’t really happen, and it cost us a good result which I think we would have had that race."

McLaughlin continues to lead the championship following the incident, albeit with a reduced margin of 24 points over Jamie Whincup.

Waters has plummeted from second to 10th, with today’s disaster and a coolsuit failure in the Adelaide opener book-ending three straight podiums.