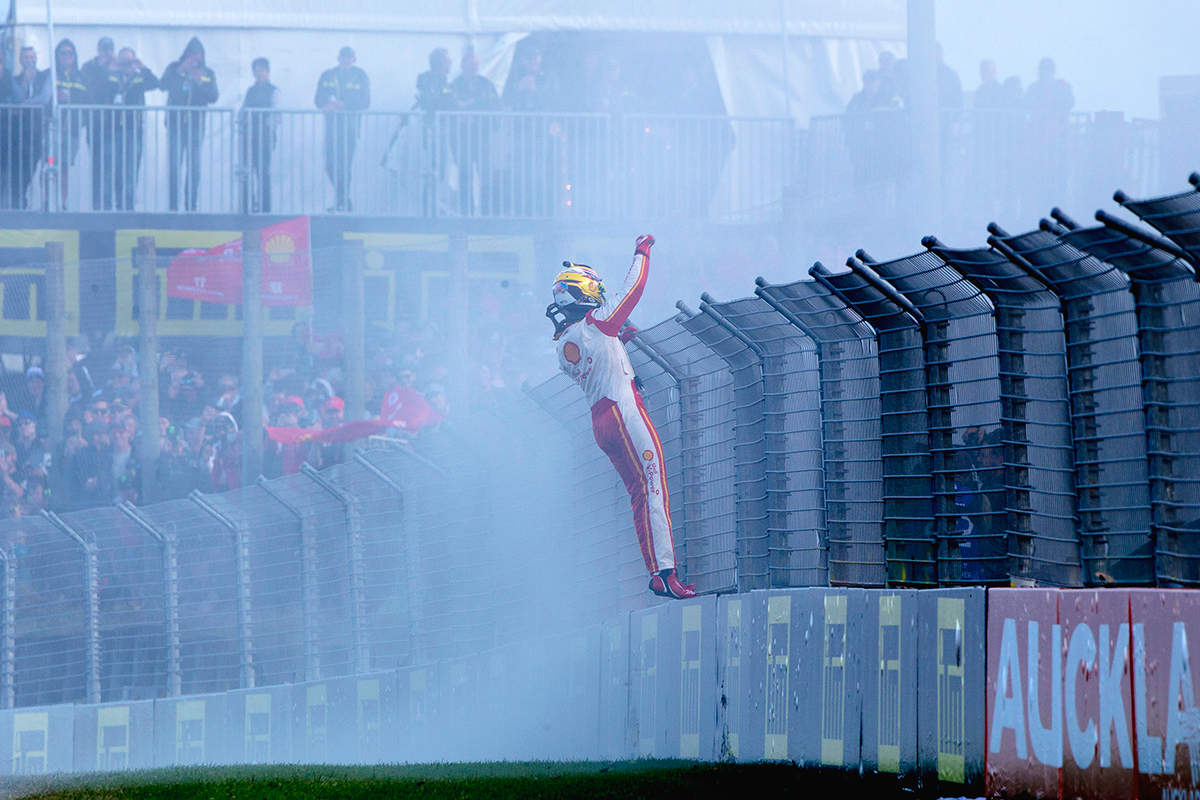 Supercars fans have voted champion Scott McLaughlin their best driver of 2018, and the driver to have executed the best celebration.

Supercars.com has reviewed the campaign in recent weeks, with selected features giving fans the chance to have their say. 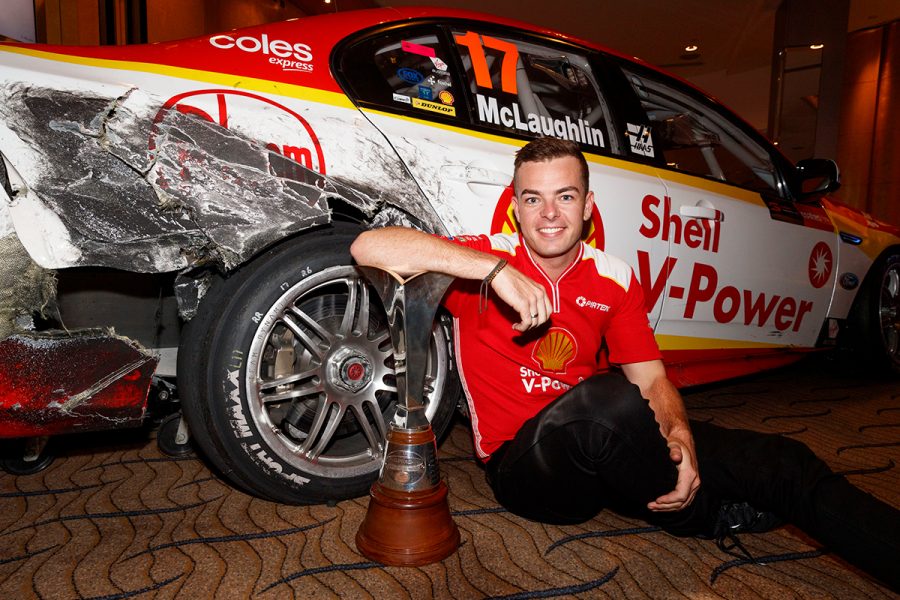 In our ranking of the year's Top 10 drivers, McLaughlin came out on top, ahead of van Gisbergen and David Reynolds.

The majority of readers agreed he was 2018's best driver, with McLaughlin attracting 61 percent of the votes by 11am AEST on January 8.

Reynolds received 13 percent to shade van Gisbergen, in a reversal of their Supercars.com positions, while Craig Lowndes was next with eight percent.

There was a matter of votes in it between McLaughlin and Lowndes when fans picked their favourite celebration of the year.

After McLaughlin won the Sunday race of the tense Pukekohe weekend, he followed a burnout with a Hélio Castroneves-esque fence climb.

Up on the fence!

Replicating the former Team Penske IndyCar star's move got McLaughlin closer to his home fans, and was voted the year's most memorable celebration by 32 percent of readers.

That edged Lowndes' mammoth burnout after the Sunday race in Newcastle, as he signed off from full-time Supercars driving, on 31 percent.

Lowndes and Steven Richards' triumph and heartbreak for Reynolds and Luke Youlden made the 2018 Supercheap Auto Bathurst 1000 one for the ages.

Accompanying our recap of the year's best races, the Great Race proved greatest, finishing on top with 27 percent of the votes.

The Saturday in Newcastle, when van Gisbergen passed McLaughlin at the penultimate corner, was second on 21 percent.

Next up, on 20 percent, was the Sunday in Perth – when McLaughlin and Lowndes finished first and third from 19th and 25th on the grid.

An exhausted Reynolds was key to the Bathurst drama, which played out live on the broadcast through radio communication between the driver and Erebus.

As we looked at the best team radio exchanges, that received 28 percent of your votes.

It, though, did not come out on top; 34 percent chose Richie Stanaway's Saturday tirade in Townsville, amid a torrid rookie season for the now ex-Tickford driver.

Finally, McLaughlin's team-mate Fabian Coulthard took the unwanted accolade of being voted as having the year's biggest accident.

His Turn 1 Newcastle crash in the Saturday race, which also caught out Nick Percat, attracted 34 percent of the votes.

Second went to Whincup's heavy shunt at Adelaide's Turn 8 in ARMOR ALL Qualifying for the season opener, on 21 percent.