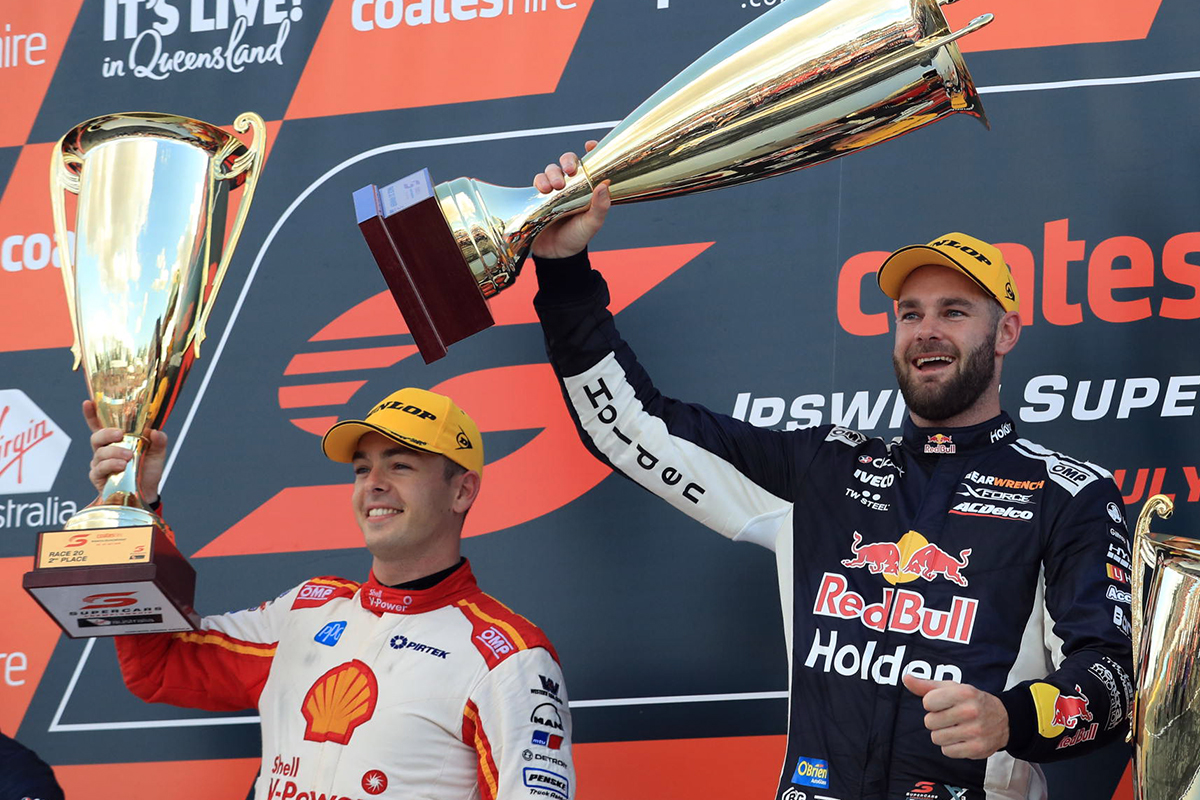 Scott McLaughlin says Supercars title rival Shane van Gisbergen's Queensland Raceway starts were a "class above everyone" and means there is work to be done.

The top two drivers in the championship, McLaughlin and van Gisbergen both won a race and took a second-place finish, winning on Saturday and Sunday respectively.

Van Gisbergen's Saturday podium was set up by an eighth-to-third opening lap, and he then waltzed clear of McLaughlin into the lead on Sunday from the outside of the front row.

With van Gisbergen crediting recent changes to his Red Bull HRT Commodore, McLaughlin – who struggled off the line in 2017 but has been better this year – says improvement is required.

"I actually got a reasonable start, he just took off and it was awesome, it was awesome to see," McLaughlin said of Sunday's getaways.

"Obviously they've made a jump in that area with a few things they've put on the car.

"We need to think about what we need to do and improve, because he was in a class above everyone this weekend in that area, especially in that initial part."

Both of van Gisbergen's launches were key, pulling well clear of McLaughlin before the pair got to Turn 1 on Sunday.

"I talked it up [on Saturday] so put a bit more pressure on, but you just know when the light goes out whether you're on for a good one or not," he said.

"I didn't look in the mirror, just looked to the right, saw Scotty wasn't there and took the racing line." 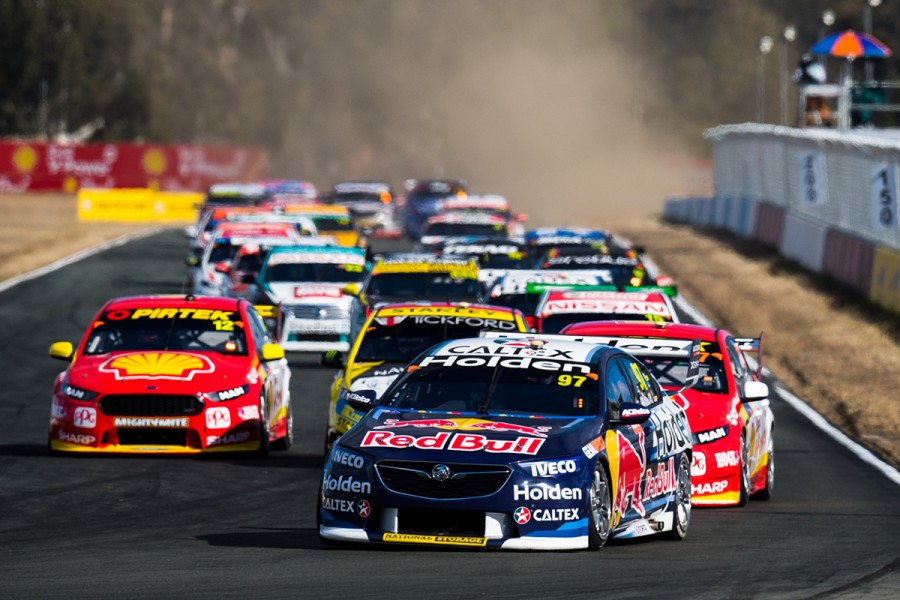 With the pair recording identical results, McLaughlin's lead in the championship over van Gisbergen remains 131 points, after 20 of this year's 31 races.

Van Gisbergen could not gap the field in the opening stanza, which prompted McLaughlin to pit early on an undercut strategy.

The Shell V-Power Racing Falcon led through the middle phase of the 65 laps, but van Gisbergen was back on top after the full pitstop cycle and pulled clear late.

"I think we just didn't get the start and then eventually once we got to him the tyres got hot and I just didn't really have anything.

"Again, I think we had the pace probably if we were in front that we probably could have either just kept the gap like he did or pulled away, maybe.

"It was a tough race but consistent, I felt like myself and Shane had probably the two best cars and we both maximised it."

Van Gisbergen agreed that track position played into his hands in the final stint, in the fight for the victory.

McLaughlin got within three tenths, but could not find a way past and ultimately eased off to finish 2.3513 seconds behind.

"In the third stint, because we were very very even, Scotty would get to me and then get hot [tyres] and drop off and it would have been the other way around if I was behind him," he said.

"We needed to get the start and then it was hard to stay out [when McLaughlin pitted].

"I could see them on the other side of the track gapping us on lap time, which was a little bit frustrating.

"But you had to be patient and hope for no Safety Car in the middle."