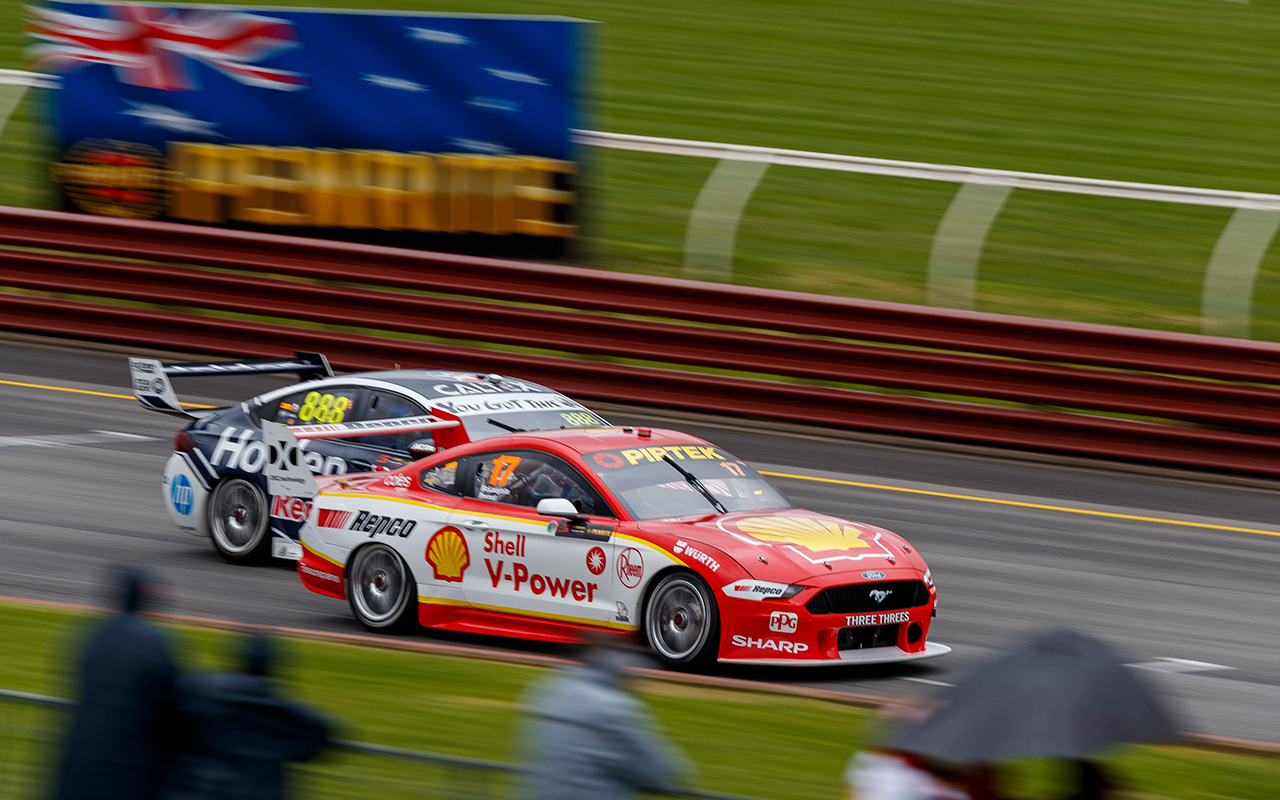 Scott McLaughlin topped a thrilling Sandown ARMOR ALL Qualifying in mixed conditions to give Alex Premat the best possible starting position for this afternoon’s co-driver race.

The 20-minute session started with sprinkles of rain on a largely dry track, with all drivers on circuit with new slicks trying to set a time before conditions worsened.

Whincup recorded the best of the early laps with a 1:07.9158s and, thanks to the subsequent rain, appeared safely locked into the top spot.

The Holden star was however pipped at the post by McLaughlin, who nailed his last lap on a drying track to deliver an impressive 1:07.7736s.

“I was just trying to circulate, watching the track dry the first three laps I was out there [during the final run], trying to look after the tyre,” McLaughlin said.

“Then the boys said ‘they’re going a bit faster, they’re doing 8s now’. The track grip was semi-there, so I just had a big go.

“I was safe in the places I could spin out, like Turn 4 and a few other places, but once I got it going and hooked up around the back where it was a bit dryer, the thing was good.”

That left the #888 second ahead, with the grid behind shaken up amid the tricky conditions.

Whincup had elected not to return to the circuit for an attempt at a late flyer as the track improved, but insisted the #17 Ford was simply too good.

“I don’t think it was a matter of strategy. We maximised our car in the first run, so we weren’t really going to go much quicker,” Whincup said.

“Car #17 is faster in quali-spec, we’ve seen that all year. We saw it two weeks ago and saw it again here today.”

Andre Heimgartner and Garry Jacobson starred for Kelly Racing to take third and fifth, either side of Shane van Gisbergen, who did not improve late.

"I celebrate a fair bit when I get in the top 15, little own P5," said Jacobson.

"Incredibly stoked, everyone from car #3 has supported me quite well all year round no matter what result and to give them back a top five position to start the co-driver race is an awesome effort.

"We've had a lot of internal meetings about what I can do to improve all year long, me, Scott Sinclair, Chris my engineer and even all the mechanics and the data engineers, we work pretty darn hard.

"To get this result just represents a good culture that's pushing forward at the right time of the year."

Cameron Waters was among those to lose out, managing just 15th to leave co-driver Michael Caruso with work to do in the 2:25pm co-driver race.