McLaughlin edged David Reynolds with a late flyer at the end of a 20-minute session that set the field for the Top 10 Shootout.

BJR had the biggest tale of woe, with Nick Percat and Macauley Jones’ cars heavily damaged in an early incident at Turn 11 that stopped the session for more than 15 minutes.

The two Commodores went off separately, Percat heading straight on and making heavy right-front contact with the earth-filled tyre wall, putting his car in doubt for the race.

Jones then joined the accident, spinning backwards into the barrier just to the left of Percat.

Percat felt a long brake pedal had caused his right foot to slip onto the throttle as he braked, triggering the incident, while Jones was at a loss to explain his off.

McLaughlin and Reynolds had been among 10 cars to set times before the early red flag, the Shell Ford on top with 1:06.0317.

The championship leader improved the benchmark by 0.019s when the session resumed, before Reynolds clocked a 1:05.7595s moments later.

Reynolds parked with 10 minutes remaining to save tyres, while the remainder of the field – apart from the stricken BJR duo – went out for a final run.

McLaughlin knocked Reynolds from the top with a 1:05.4737s just a minute from the chequered flag, continuing his hot form in the Top End.

Reynolds had no regrets about parking early, saying: “I was really happy with that lap.

"Really good job by the team, Penrite Racing. The Penske car went out and probably showed its true pace then, they were probably sandbagging."

Will Davison and Lee Holdsworth ensured all four Tickford entries made the Shootout in sixth and 10th.

They were split by Anton De Pasquale, Mark Winterbottom and Fabian Coulthard, while Whincup missed the 10 by just 0.0181s. 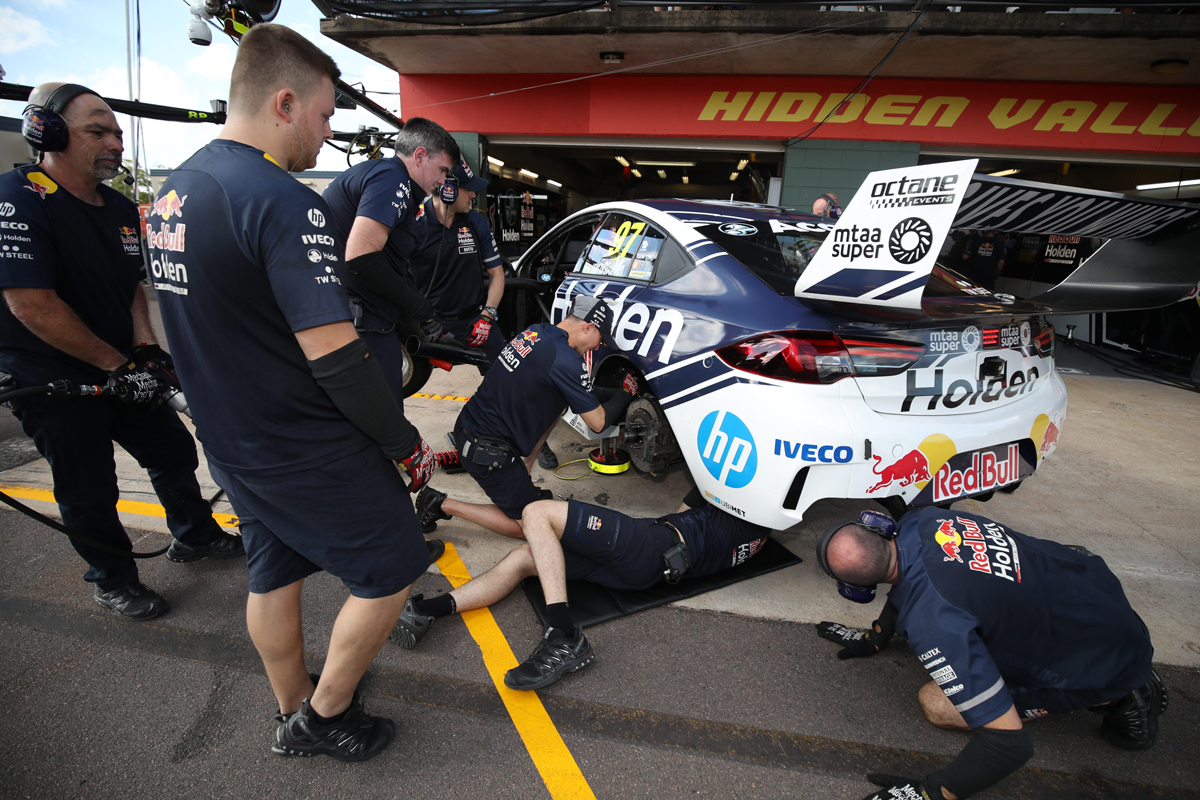 Whincup and van Gisbergen had been 18th and 23rd entering the dying stages, with the latter only making it to the line for a last run by a second, after lengthy set-up changes.

"We made some big changes yesterday, but then we went towards [Whincup's] set-up," van Gisbergen said.

"I couldn't stay on the track on the first run, tried to get the car back but couldn't get it completely.

"We're better off working as two-car team but it's not working for our side.

"I think I was 87th after the first run. A struggle, but we found some real gains yesterday, hopefully we can go back to that."