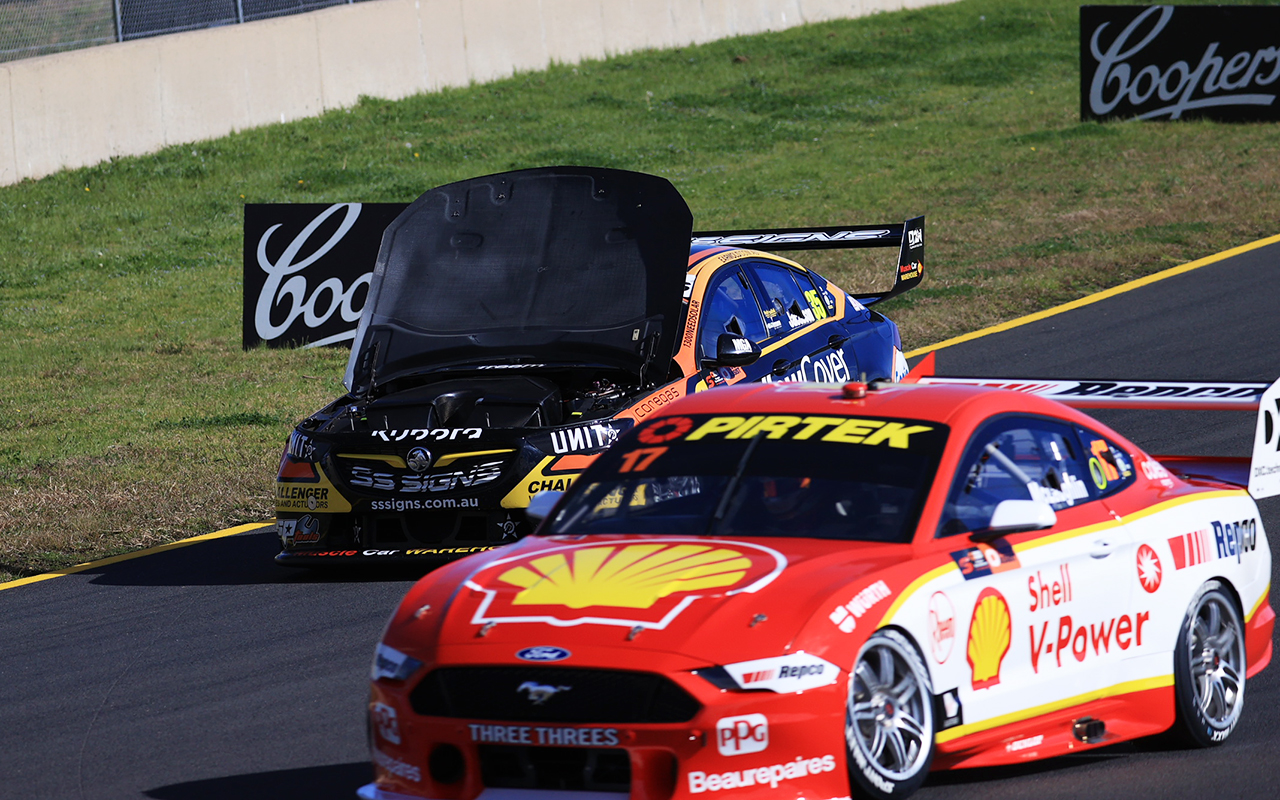 Scott McLaughlin picked up where he left off at Sydney Motorsport Park three weeks ago, topping opening practice for the Truck Assist Sydney SuperSprint.

Tyres are set to be the story of the weekend at the flowing Western Sydney venue, with a mix of hard and soft tyres in play jumbling the practice order.

Gathering data on the relative speed and degredation of the two compounds was the main task in the 30-minute Practice 1, with some doing long runs.

Championship leader McLaughlin was among those to start the session on softs, going fastest with a 1:28.9761s that would not be beaten for the duration.

Walkinshaw Andretti United’s Bryce Fullwood sat second for the bulk of the session before Anton De Pasquale and Fabian Coulthard slotted into second and third late.

Fullwood was one of six drivers to have taken part in the earlier 15-minute hitout for drivers either in their first or second full-time seasons, which was topped by Macauley Jones.

“We had a bit of a leg-up doing the rookie session, we did some hard tyre running then and then did some soft tyre running [in Practice 1],” Fullwood explained.

“To back-to-back our car from the last event we really needed to be on the soft tyre to make sure the tyres aren’t playing too much havoc.

“It was handy to have the rookie session to get my eye in before rolling straight out on greens [in Practice 1].”

A single red flag punctuated Practice 1; called to retrieve Garry Jacobson’s Commodore after its bonnet flew up on the outlap from the pits.

Jacobson elected to park the car rather than struggle back to pitlane with limited vision, but later rejoined the session and ended up 18th.

David Reynolds was 15th in the second of the Penrite Racing Commodores, which is without regular engineer Alistair McVean this weekend.

McVean elected to stay in Victoria due to family commitments when the team headed to Sydney on July 6, leaving Reynolds to be engineered by team boss Barry Ryan.