In a hotly-contested Practice 3 at Queensland Raceway, Craig Lowndes and David Reynolds in third and fourth were also within a tenth of the championship leader.

Whincup is, though, set to be investigated by stewards for leaving pitlane on the wrong side of the exit cone, to conduct a practice start.

Reynolds rolled out a 1:09.3695s on his very first flying lap in his Penrite Holden.

Whincup's advantage was trimmed back to a tenth-and-a-half by McLaughlin with 12 minutes to go, as Lowndes slotted into third.

Reynolds improved with eight minutes left and got within 0.0021s of Whincup, before Lowndes took the top spot with a 1:09.1533s.

With six minutes remaining, Lowndes, Whincup and Reynolds were split by a scant 0.0164s.

Whincup got back on top shortly afterwards with a 1:09.0801s, the Red Bull Holden driver then sitting out the final three minutes.

McLaughlin's Shell V-Power Falcon – 12th on Friday afternoon after running out of fuel – jumped from seventh to first inside the final minute.

“The car’s been good, we just need to focus on getting a little bit more in myself and the car,” McLaughlin said.

“Today was all about trying to find a semi-balance before quali, and I think we’ve found that, and know where to find a bit of time.” 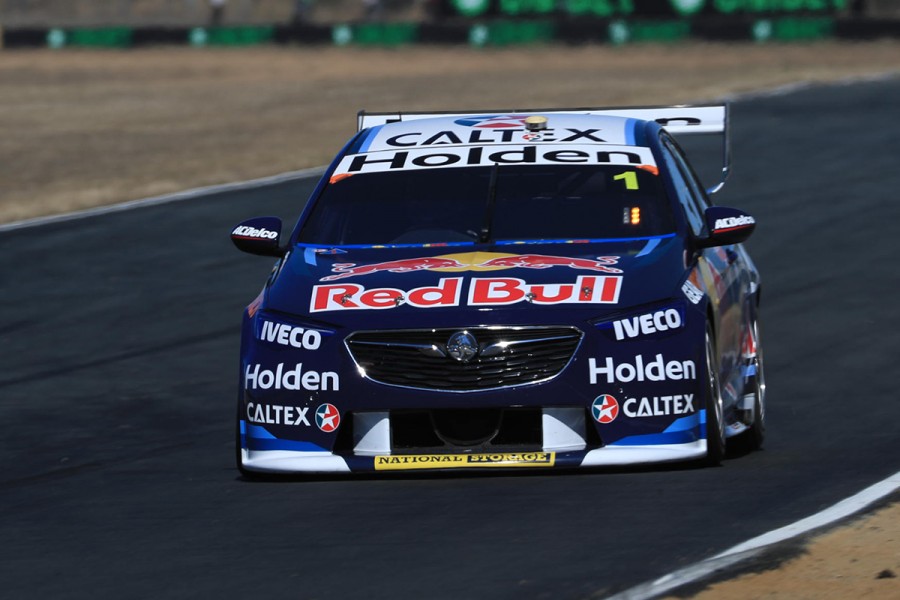 “I needed to do a practice start, I had a couple of shockers in Townsville,” Whincup said of his investigation.

“I did a practice start, but it’s only practice, no one cares about the cone at the end of the pitlane.

“It’s a different story in the race, but nobody cares about it in practice.

“It was a reasonable start, better than Townsville, which is the main thing.”

Reynolds looked set to edge ahead of Whincup on his final lap, before McLaughlin's effort, but had mid-corner understeer at Turn 6. 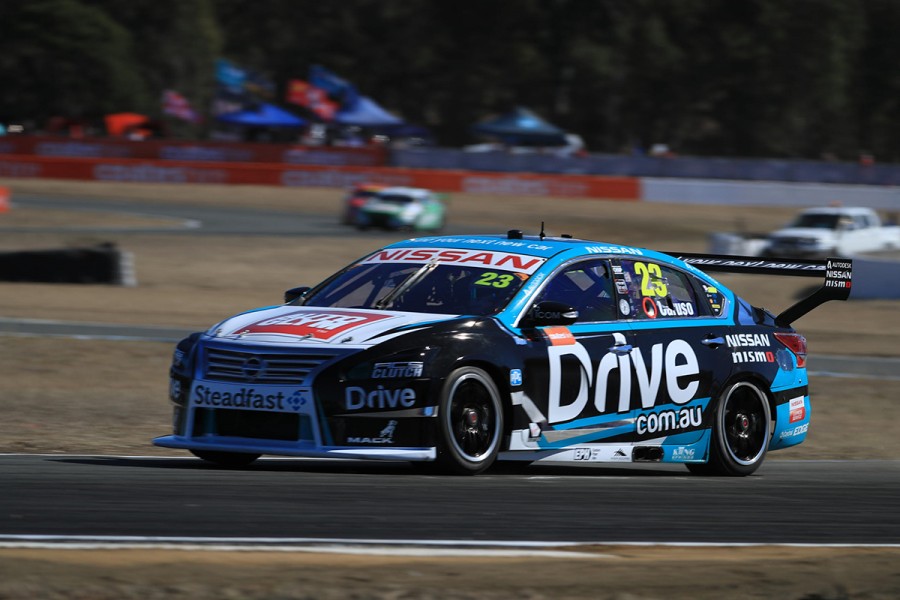 Eighth for Stanaway continues the rookie's strong weekend, while another first-year driver rounded out the top 10 covered by 0.2876s, James Golding.

“The car has rolled out pretty good and we’re just chipping away at what we can improve on,” Stanaway said.

“Hopefully we can keep this momentum going and stay in the top 10.

“We’d like to be a bit closer to the front, but from where we’ve been it’s good to be in the 10 in every practice session.”

Like Whincup, Le Brocq is also under investigation, for completing a practice start out of pit exit.

“I know we’re meant to pull over to the side when we go past the line,” Le Brocq said. “We’ll see what happens.”

Anton De Pasquale and Will Davison had offs at Turn 3 on their way to 19th and 25th respectively.

Wildcard runner Kurt Kostecki finished at the foot of the times, 1.0567s off the pace set by McLaughlin.