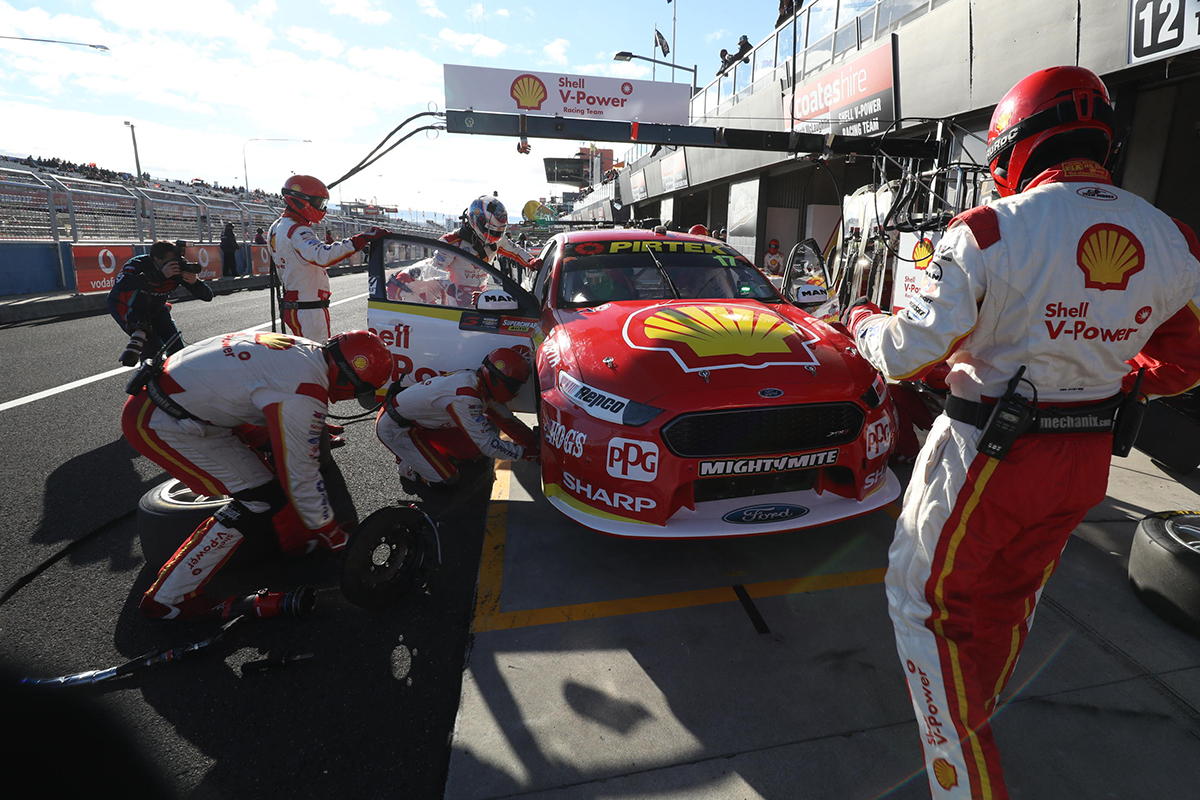 The 20-minute session was the last before the 2018 Great Race at Mount Panorama, and run in dry and cool conditions.

It passed without incident, other than a brief red-flag period to retrieve a coat that had fallen onto the track surface.

Teams used the warm-up to practice full race pitstops, including the front brake disc changes that are compulsory this year.

McLaughlin and Alex Premat, who suffered an engine failure in the 2017 race, will start fifth later on Sunday.

The Supercheap Falcon of Mostert/James Moffat was second, from the Mobil 1 Boost Mobile Racing and Red Bull Commodores of James Courtney/Perkins and Jamie Whincup/Dumbrell. 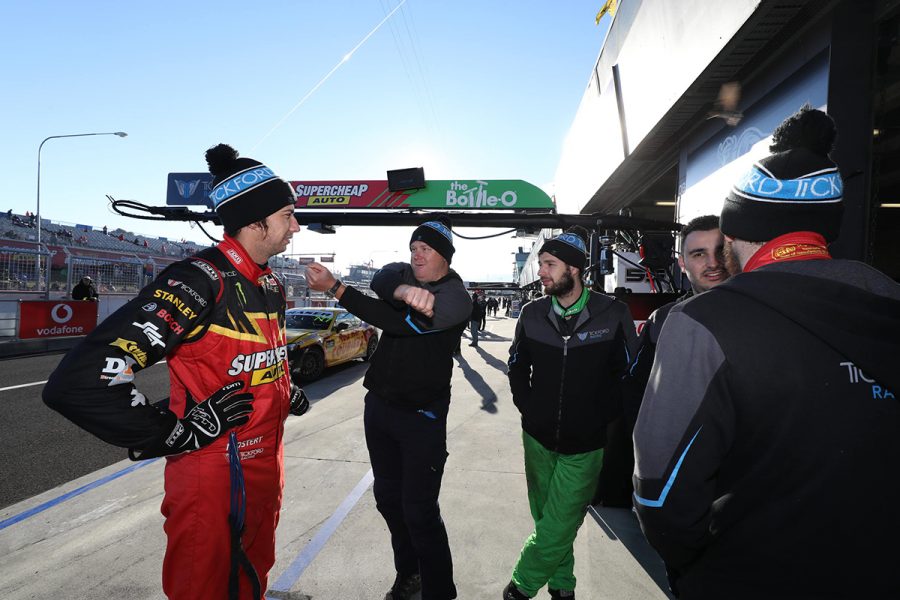 Reynolds and Whincup will share the front row at 11:10am, with De Pasquale and Shane van Gisbergen on the second.

Van Gisbergen was last when the chequered flag came out in the warm-up, having just gone off at the final corner, but improved to 16th.

Garth Tander and Chris Pither were seventh, ahead of the Nissan of Rick Kelly/Garry Jacobson, which had early power-steering problems.

Behind Reynolds/Youlden, Craig Lowndes and Steven Richards rounded out the top 10.

“The car then was really nice to drive,” Lowndes said.

“It’s a credit to the boys after the problems we’ve encountered the last couple of days with the power steering.

“I’m really looking forward to the race. At the moment I’m just going through the routines, but the driver parade this morning will be really special.”