McLaughlin, who set the pace in practice at Barbagallo Wanneroo Raceway, was the class of the field in ARMOR ALL Qualifying.

He took his Ford Mustang to a new Supercars lap record of 52.8141s in the third and final stanza, to record his seventh pole of 2019.

He was 0.1736s clear of Coulthard at the time, but found speed on his second lap.

"The lap was awesome. I wanted to go faster and I had a chance [because] I saved a set from the first session," he said.

"I wanted to go as fast as I could and managed to go a bit quicker too.

"The car was hooked, Ludo [Lacroix, engineer] is an absolute wizard, I’m very lucky to have him on my team." 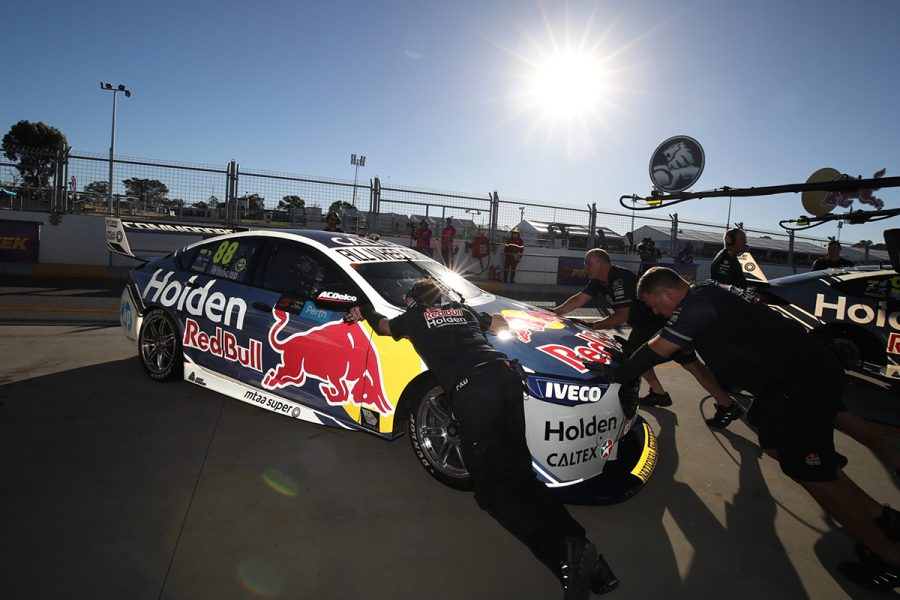 Jamie Whincup was the best of the rest in third, having come all the way from Q1 after only managing 18th in Friday practice.

"The car is reasonable, but we keep making little errors that make it hard for ourselves," Whincup said.

"Eventually when we could show our speed in the end there we were P3, best of the rest.

"We made a heap of changes all the way through trying to get the car back in the window from where it was in practice."

The Red Bull Holdens of Whincup and van Gisbergen opted for a single run in Q3, in the closing stages.

Nick Percat was third after the first runs in Q3 but did not head out for a second and fell to seventh.

David Reynolds, Tim Slade and Will Davison rounded out the top 10.

Anton De Pasquale, Lee Holdsworth, Andre Heimgartner, Rick Kelly and Richie Stanaway were all eliminated in Q2, and will start 11th to 15th.

Stanaway made it out of Q1, despite a run through the gravel at the final corner.

Garry Jacobson missed a Q2 spot, but 16th is the best qualifying result of the RABBLE.club driver's rookie season.

Behind him, Mobil 1 MEGA Racing pair James Courtney and Scott Pye were 20th and 22nd, split by Mark Winterbottom.