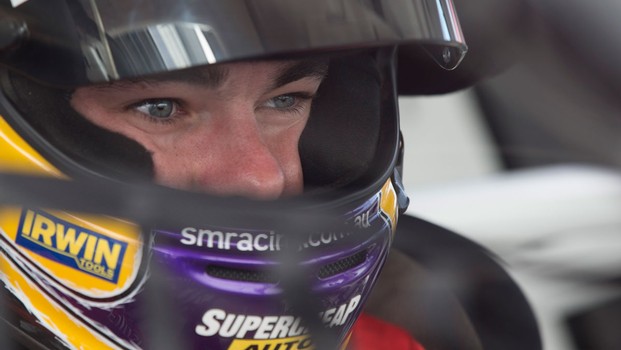 The leaders went flying off track early in Race Six at the ITM 400 Auckland, to leave the field's youngest driver, Fujitsu GRM driver Scott McLaughlin, to lead the race. McLaughlin breaks Todd Kelly's record, who was the youngest winner at 20.

McLaughlin thanked his family when getting out of the car and said he dreamed of the win.

Jason Bright raced closely behind in the final stages, but didn't have enough to take the victory from the young gun.

Craig Lowndes was in third. And while he made a mistake in the Top 10 Shootout earlier in the day, he picked up two spots before the start of the race and Lowndes moved through the field - a turnaround from the last event in Tasmania.

Scott McLaughlin is fourth in the points after the win.

Scott McLaughlin  ›
15' Wilson Security Racing GRM ›
2013 ITM 400 Auckland  ›
Stay In The Know
Sign up to the Virgin Australia Supercars Championship Newsletter
We use cookies to ensure that we give you the best experience on our website. If you continue to use this site we will assume that you are happy with it.Ok