McLaughlin continued his strong weekend at Hidden Valley by leading the way in knockout ARMOR ALL Qualifying with a 1:06.0108s lap.

That ultimately put the championship leader 0.1424 seconds ahead of David Reynolds.

It is a 10th ARMOR ALL Pole of 2019 for McLaughlin, who takes Team Penske's overall tally to 600, accompanied by Indycar, sportscar and NASCAR success.

That gave McLaughlin a two-tenth advantage over the Penrite Racing pair of Reynolds and Anton De Pasquale entering the final runs.

McLaughlin abandoned his second run but he was not beaten.

"It’s so cool. This is obviously for The Captain (Roger Penske) and his team," McLaughlin said.

"We came on very late, but glad to add a few poles to it.

"To get the ARMOR ALL cheque today, our 10th of the year is fantastic.

"Our car is awesome, I stuffed up that last lap, I’m pissed off, but anyway, it’ll be alright.

"I was up a fair way in that first sector and just tried to brake too hard and locked up."

Will Davison came all the way from Q1 for Milwaukee Racing, and sat second late in the closing stages.

Reynolds, though, improved to deny Davison a front-row start.

"I’m stoked. We came through the hard way," Davison said.

"I knew the potential was in the car yesterday and today, everyone has that story, but it’s really tricky to get the car in the sweet spot.

"Even to drive it, I was kicking myself overnight, I barely slept, just knowing how hard to push and where to back it off a bit, nurse those tyres and prepare them well.

"I was comfortably through to the 10 which I was happy about, but knew there was a bit more in it, made a small tweak and was really happy with the lap.

"I just hoped everyone else hadn’t improved with a mysterious cloud or something." 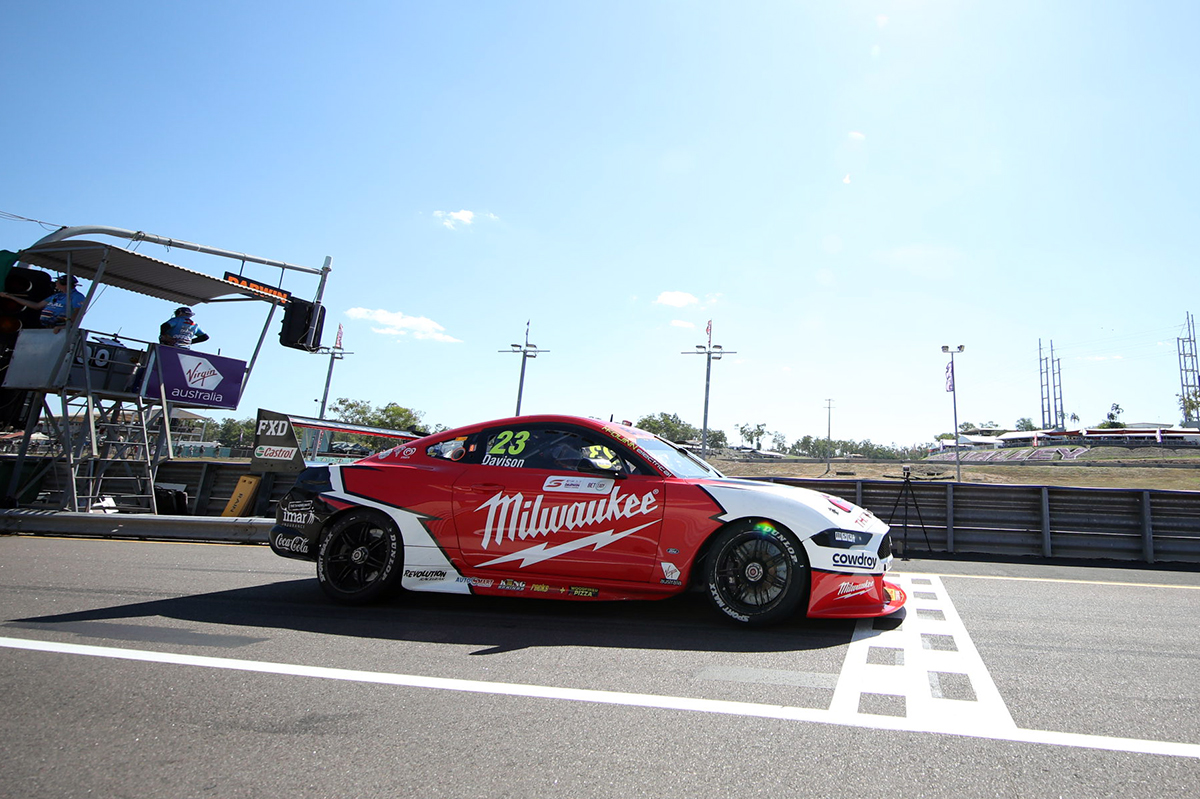 "I was on for a better lap but locked the rears into the hairpin, so it ruined that," De Pasquale said.

Jamie Whincup was eighth, while Andre Heimgartner – who like Davison had come through Q1 – and Fabian Coulthard rounded out the top 10.

Q1 pacesetter Nick Percat, Shane van Gisbergen and Rick Kelly progressed from the first phase to Q2 but could not go any further.

They will start 11th, 12th and 15th, with Mark Winterbottom and James Courtney the other eliminated drivers.

"We were good on the old tyres, that’s the story of our last few rounds," van Gisbergen said.

Tim Slade and Scott Pye led those who missed out on Q2 spots, and had to settle for 17th and 18th on the grid.