Scott McLaughlin scored a 14th ARMOR ALL Pole for 2019 ahead of the second leg of the OTR SuperSprint at The Bend.

The #17 Shell Ford topped Q2 and Q3 of the three-part knockout session, but it was far from a smooth run for the championship leader.

Spearing off at the penultimate corner on his first run in Q2 meant he sat just 14th and without a representative time when the flag fell.

Running wide at the final corner on his second run meant he failed to improve further, but it was still enough to score pole for the afternoon’s 200km race.

“That was hard,” said McLaughlin of the session.

“I didn’t have the best session myself and lost my lock-up sensors pretty early, so I was just sort of driving like a go-kart on feel.

“Lucky I drive the go-kart a fair bit and I got used to it but good times and we’ll start in a good position today.”

Asked of his mistakes in the session, he added: “The last one was me just pushing too hard, it had nothing to do with the lock-up there but the first one was just the lock-up sensor.

“I didn’t know it had gone, it must have gone the corner before and I just braked hard and then it just locked up. It was crazy. 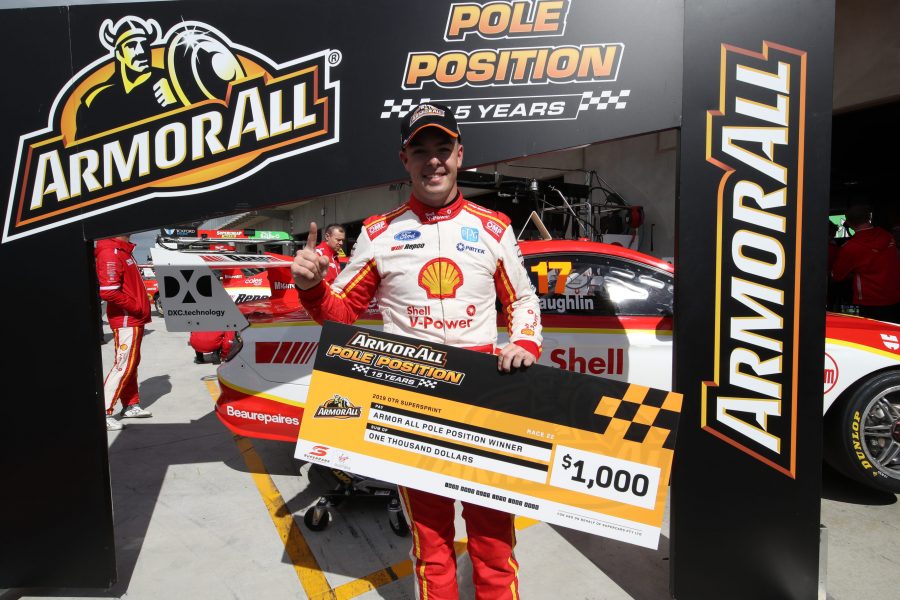 “Anyway, it is what it is and we’ll push on and start on pole, so that’s the main thing.”

Will Davison will start second having edged team-mate Chaz Mostert; the top three order the same in Q2 and Q3.

Jamie Whincup fought through from Q1 and will start fourth; a result the seven-time champion was pleased with amid a difficult weekend.

“All things considered, fourth felt like a pole to be honest,” he said.

“Engineers did a good job, we grounded it out, we didn’t have the best run into qualifying, the car is still not 100 percent but I’m proud of everyone.

“We grounded it out and maximised the session.”

The result marked a big improvement for Brad Jones Racing team-mates Percat and Slade, who had both been eliminated in Q1 on Saturday.

Shane van Gisbergen was one of the high-profile Q2 scalps after a mistake on his final lap and will start 16th. 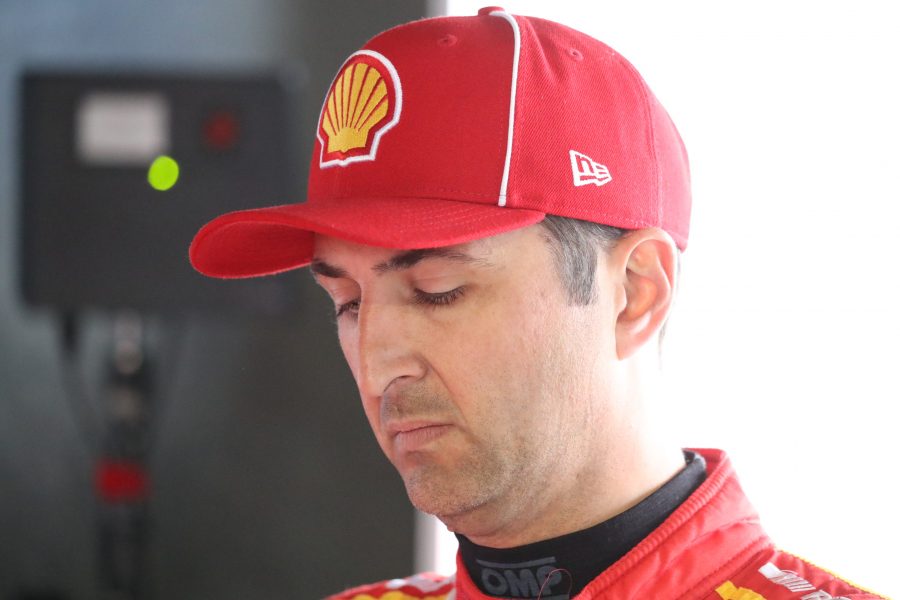 Explained Coulthard: “We were up on the previous lap that I had done and I came through [Turn] 5 into 6 and it felt like I had a flat right rear tyre.

“So we were unable to complete that and there was no time left to do anything else, so yeah to be the wrong side of the hundredth to be in the top 10 is a bit of a story of my life.”

Q1 eliminations included Rick Kelly, who will line up as the last of the four Nissans in 18th.