Scott McLaughlin’s Sydney test is at an early end after a heavy crash at the high-speed Turn 1.

McLaughlin was pitched off the road at the 200km/h corner when his Shell Ford suffered a front tyre failure.

The car was running one of Dunlop’s 2017 construction tyres at the time of the crash, which occurred little over an hour into the afternoon’s running.

Supercars has this year returned to the tyre construction last seen in 2016 due to failures encountered on the updated version last year.

Setting the fastest time of the session so far moments before the crash, McLaughlin said he was using the 2017 tyre to do a race run due to the limited amount of other rubber available.

The driver walked away unscathed, but the car will not return to the track today due to the extent of the damage.

"I headed into Turn 1, normal thing, no dramas whatsoever, then the tyre went down and it went straight ahead," McLaughlin recounted as the car arrived back in pitlane. 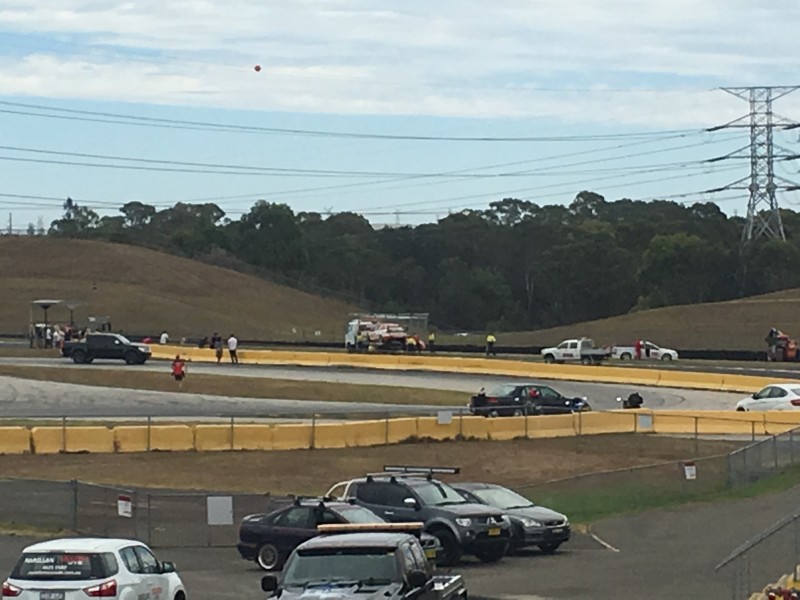 McLaughlin's car being recovered from Turn 1

“I think it proves and backs the decision of Supercars to move to the '16 tyre.

“It was a decent hit,” he added. “Thankfully for most of my career I haven't had a big head-on hit, but that's the biggest I've had.

“The car and everything did its job as per usual, as did the tyre wall. But it skipped across the gravel pretty easily.

"It went in right-front, but pretty much head-on, but moreso right side.”

The approach to Turn 1 in a Supercar is approximately 260km/h.

Recent resurfacing has seen the Turn 1 apex speed rise by around 10km/h, pending tyre quality, nudging over the 200km/h marker. 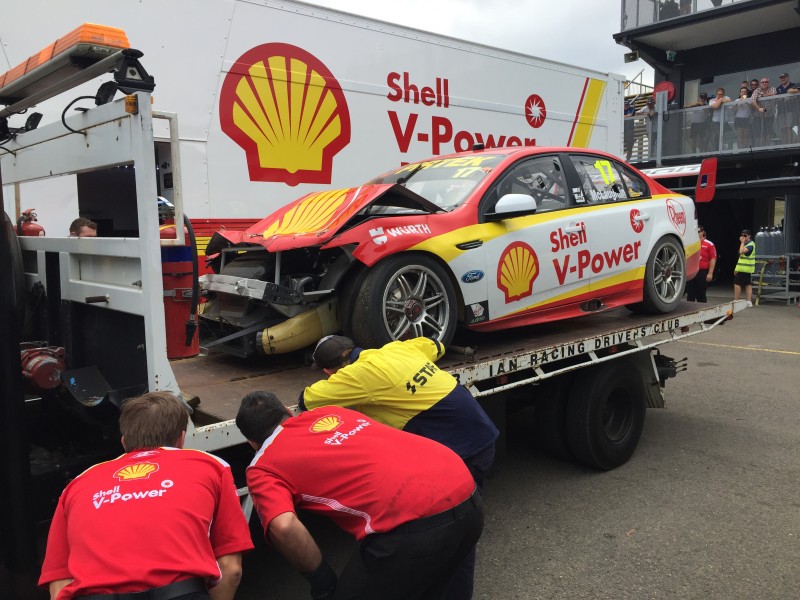 The Shell crew inspecting the damage

“Turn 1 was a lot quicker. I was tipping in like it was a qualifying lap on a race run,” McLaughlin said of the change.

McLaughlin added that he'd been doing a race run on the 2017 rubber after ending the morning session 15th on the timesheet.

“That was our fifth or sixth lap, and then it went down. We just didn't have any other tyres and were trying to get a bit of a baseline of where we were.

“We didn't really have an amazing morning session, we were just bowling around on bad used tyres from 2016.

“We were just focused on baselining the car. To be honest, the car felt awesome. It's just a shame that happened.”