After setting the pace on Friday afternoon in his Shell V-Power Racing Mustang, McLaughlin recorded a 1:06.1184s relatively early in the 30-minute Practice 3.

It was ultimately good enough to beat Penrite Racing's Reynolds by 0.2110 seconds, while Jamie Whincup rounded out the top three.

Drivers will next be on track for knockout ARMOR ALL Qualifying for Saturday's race.

They were followed by Tickford pair Will Davison and Chaz Mostert, and Whincup in the order entering the second half of the session.

There was ultimately no change in the top two, McLaughlin finishing 0.2110s clear of Reynolds. 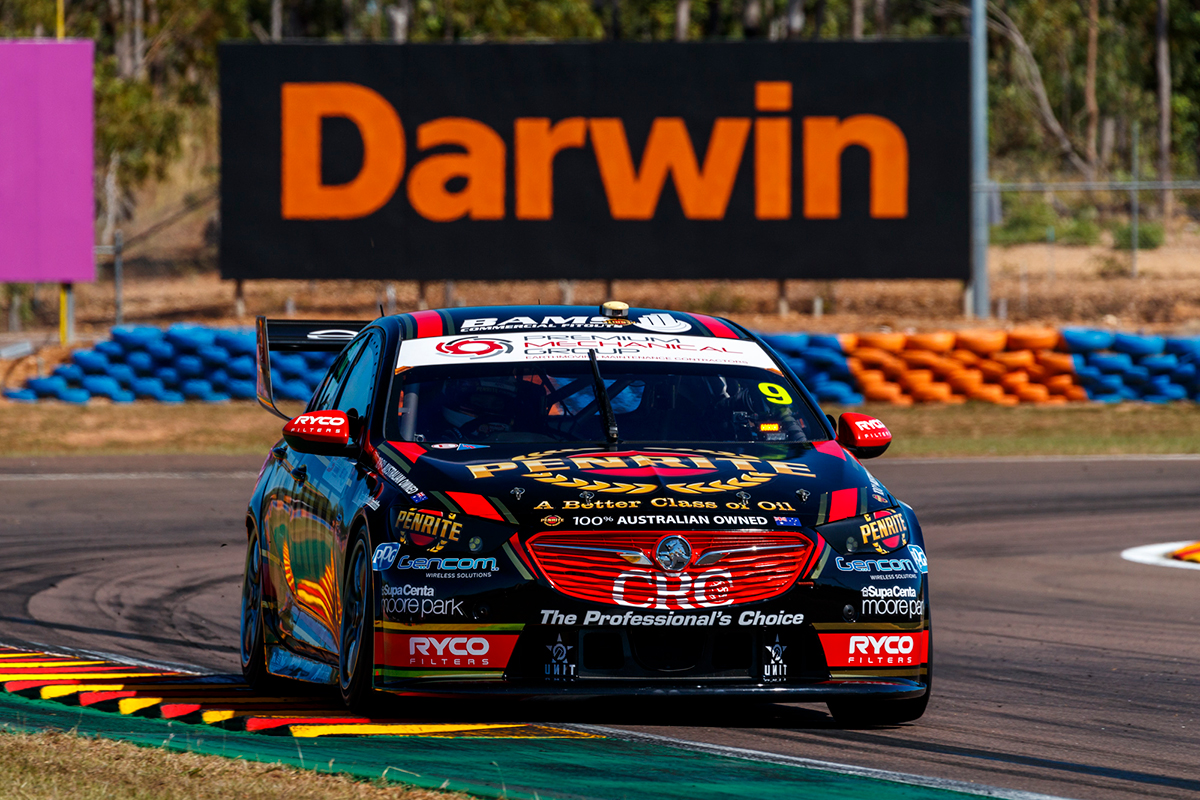 "It was a free session because it doesn’t really mean anything," Reynolds, the Sunday winner in Darwin last year, said.

"Yesterday, Practice 2 meant something, it was the first part of qualifying, so we couldn’t go really stupid with our set-up and try some out-there stuff.

"That was the session to do it then.

"I think the car was better yesterday, I don’t know whether that was the tyres we had yesterday that were a bit better, but we’ve got to work it out."

The Red Bull Holden Racing Team's Whincup secured third on his final run, ahead of De Pasquale who also improved, and Cameron Waters.

Andre Heimgartner occupied third place briefly in the closing stages and wound up sixth as the lead Kelly Racing Nissan, marking a stark improvement from Friday.

"We had some data that we were looked at coming here and decided to try something very different," explained Heimgartner.

"We’ve had to back off on that and go more to what we had before and it seems we found some good ground."

After finishing out of the Practice 2 top 10 on Friday afternoon, Heimgartner, Pye, Slade, van Gisbergen and Le Brocq will all tackle the first phase of knockout Qualifying.

"We’re just a day behind," van Gisbergen said after a troubled Friday.

"We made some huge changes overnight and just reversed what we’ve done.

"I haven’t been really comfortable with the car, but back to old-school kind of way. The car is fine, it’s really good, but a little bit slow.

"I’m actually not too stressed. We tried a couple of things," Coulthard said.

"We had a good run yesterday in P2. I think we’ll put some tyres on it and be fine."