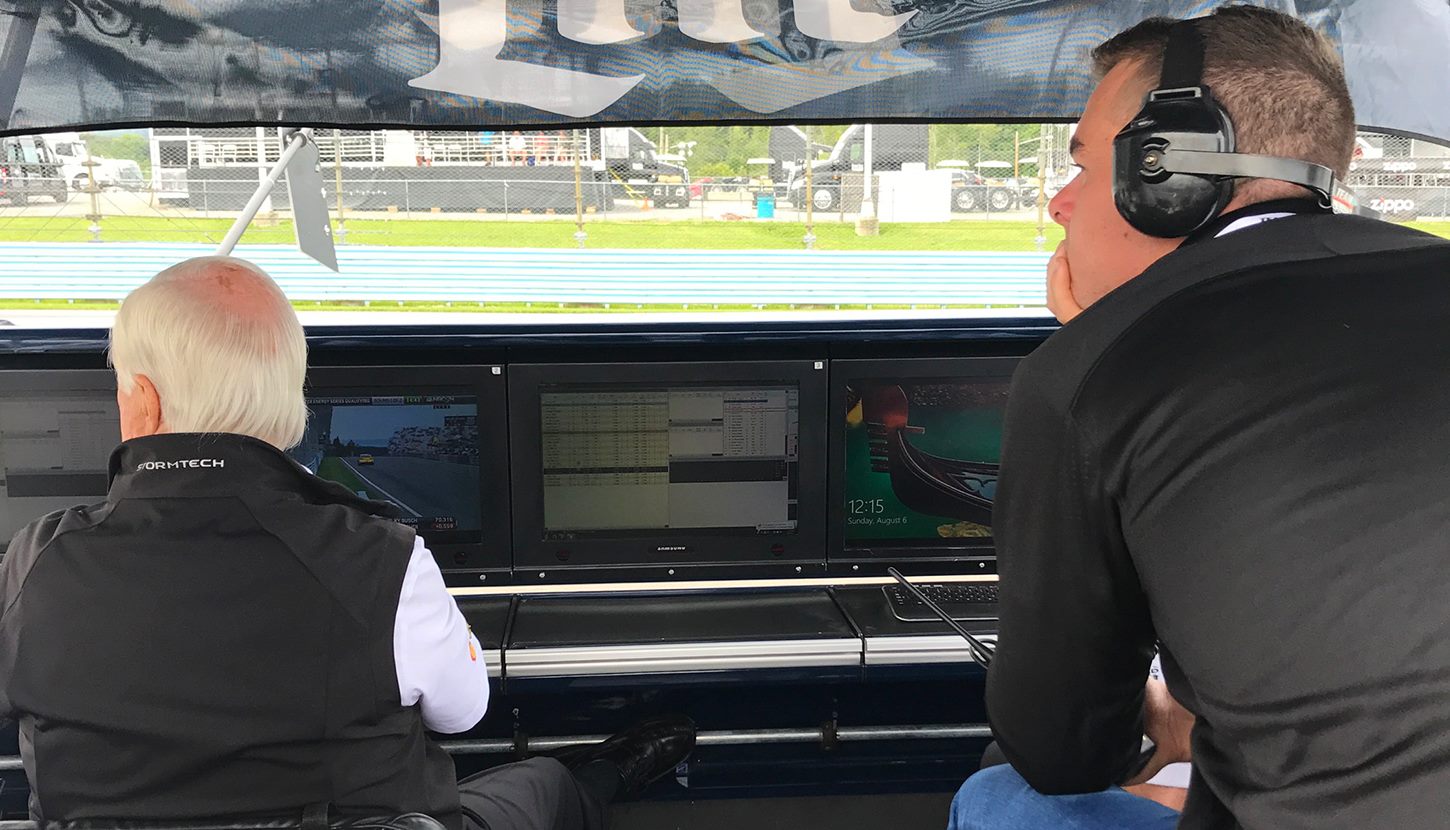 The 24-year-old visited the New York State venue as a guest of Team Penske, spending the weekend with the parent squad of the Shell V-Power Racing Supercars outfit.

Team Penske promoted the Kiwi’s visit by posting a string of images and videos on its social media channels of McLaughlin meeting drivers and watching the action.

McLaughlin also posted images of himself with team owner Roger Penske and star driver Joey Logano, as well as in pitlane with his NY-based girlfriend, Karly.

Living the Dream ! Thanks @Team_Penske for the amazing experience #itchyfeet pic.twitter.com/BvLuEs0ive

On track it was a tough result for Team Penske, with Brad Keselowski and Logano finishing 15th and 24th respectively, while Ryan Blaney was eighth in the squad's customer Wood Brothers entry.

"Unfortunately we didn’t see a win. I thought we were on there with the #21 car (Blaney) and even the #2 (Keselowski), but obviously a few things didn’t fall our way with fuel," said McLaughlin in a post-race video.

"But it was awesome to be a part of it all and really feel like we’ve got a big brother over here. Everyone at Team Penske thanks for having me and my entourage and hopefully we’ll be back over sometime soon."

We have a special guest with us this weekend at @WGI. Welcome to the states our @DJRTeamPenske driver @smclaughlin93. pic.twitter.com/2dzII9kMhS

. @smclaughlin93 got a chance to meet up with @Blaney after #NASCAR Cup practice today at @WGI pic.twitter.com/V00H9hp9ze

. @smclaughlin93 is back at the track today at @WGI getting a #NASCAR101 lesson here from @travisgeisler pic.twitter.com/dtC5nsBWUH

. @joeylogano and @smclaughlin93 finally get a chance to meet up here at @wgi #NASCAR pic.twitter.com/B3aOqeo01o

.@smclaughlin93 of @DJRTeamPenske wraps up his day @ @WGI discussing checking out #NASCAR for the first time. He'll be back tomorrow. #VASC pic.twitter.com/0LG4Bt0tWl

It was great having him visit with the team! #VASC pic.twitter.com/r5F95CIgZX

Although repeatedly stressing his desire to win a Supercars title and Supercheap Auto Bathurst 1000 first, McLaughlin has made no secret of his goal to one day race in NASCAR.

Such a move would follow in the footsteps of Marcos Ambrose, who won two Supercars titles before spending nine years in NASCAR from 2006.

“Ever since Ambrose went over there I’ve always kept a keen eye on it and fell in love with it really,” McLaughlin recently told Supercars.com of NASCAR.

“They (Penske) know that I love it, but they’ve employed me to do a job here as a Supercar driver

“One day I’d love to (race in NASCAR), but whether it happens or not would be about the opportunity.”

Based in the US for the last decade following a stint calling Supercars, Watkins Glen marked Diffey’s first time commentating a NASCAR Cup Series race.

The Brisbane-born Diffey’s regular commentary roles with NBC include spearheading its Formula 1 and IndyCar coverage.

A couple of Aussies at @WGI ? A huge honor for both James Small (Crew Chief on the 77) & me to call Cup for the first time! @NASCARonNBC pic.twitter.com/vtyHtopeta