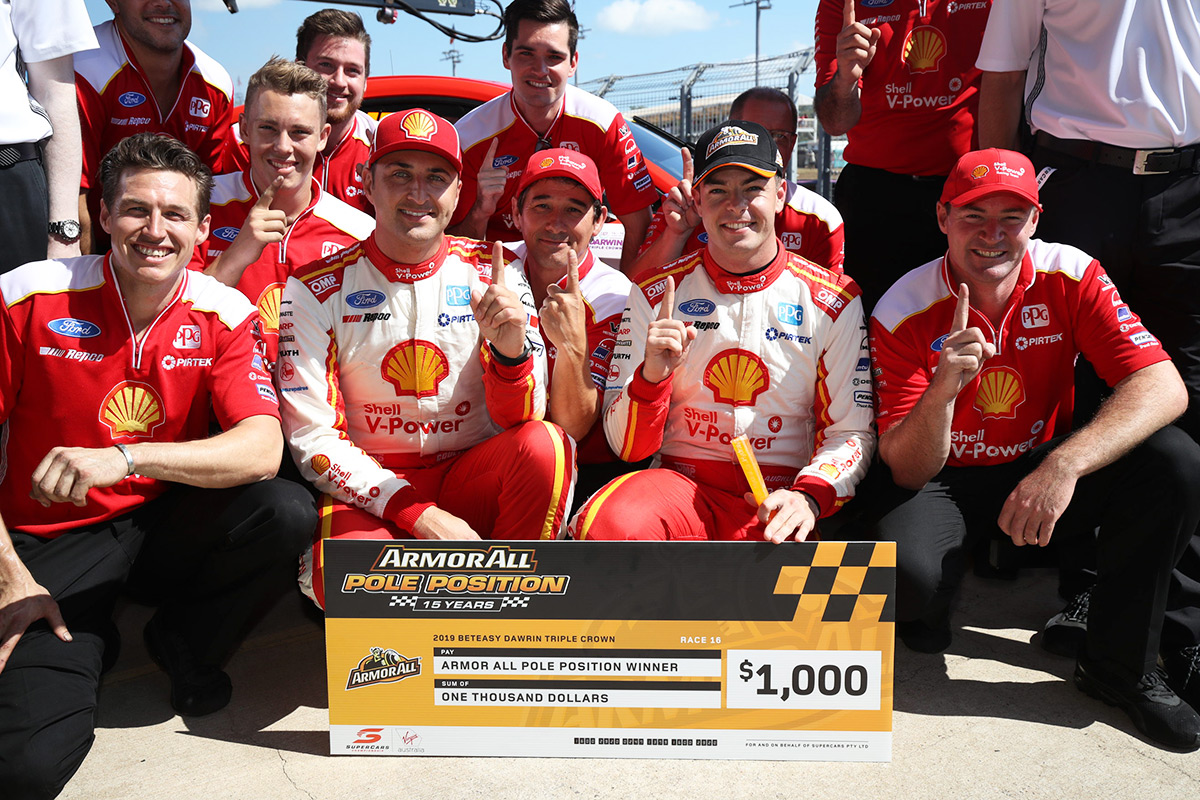 Scott McLaughlin has kept his hopes of winning the Darwin Triple Crown alive, by snatching Sunday ARMOR ALL Pole from team-mate Fabian Coulthard.

The defending champion was the last driver out in the ARMOR ALL Top 10 Shootout, and turned a 1:05.8259s to beat Coulthard's early effort by just 0.0153 seconds.

McLaughlin won on Saturday and if he converts pole to a victory on Sunday would become the maiden winner of the Triple Crown at Hidden Valley, introduced in 2006.

An 11th pole of 2019 is the 57th of McLaughlin's career, drawing level with Peter Brock in second in the ATCC/Supercars record book.

“That was a tough lap. Fabs did an awesome job,” McLaughlin said.

“I definitely think the track at the start was pretty good and obviously got hotter, and new rubber and stuff.

“To punch out a lap there was awesome, I think we’re looking good for the race.”

Coulthard was ninth in provisional qualifying, and turned an early benchmark of 1:05.8412s.

That was the time to beat, and indeed the only sub-1:06s effort until the final two drivers.

Reynolds recorded a 1:05.9825s to slot into second place, as McLaughlin set about his lap.

McLaughlin lost time in the first sector but made inroads in the second and third to grab pole by 0.0153s.

“It was line-ball, it could have gone either way,” Coulthard said.

“He’s been really good through Turn 10 all weekend and it’s probably been my little downfall.

“I was expecting him to be up, but coming out of the last corner it was very line-ball.” 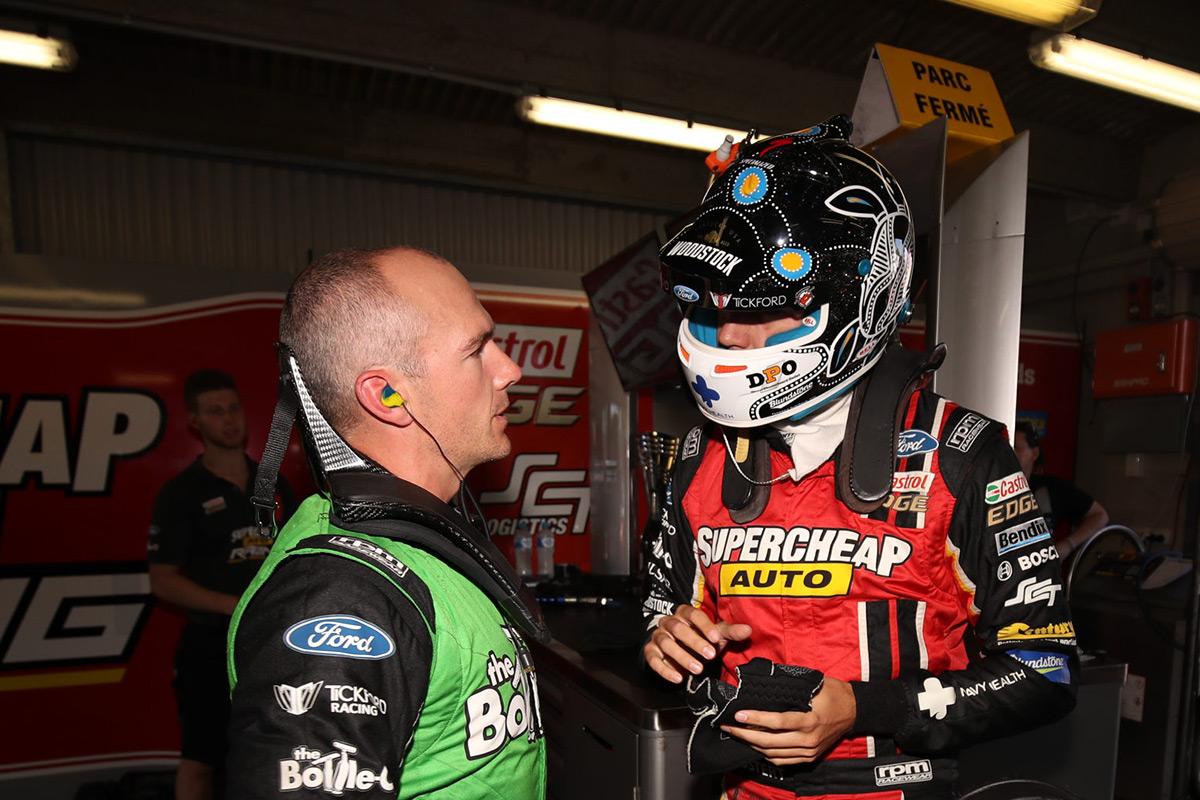 The first driver out, Lee Holdsworth picked up five spots to qualify fifth in The Bottle-O Mustang.

Anton De Pasquale, Will Davison, the outlier not running new tyres, Chaz Mostert and Rick Kelly were next up in the order.

Suspecting the right-front tyre went down, Winterbottom will start 10th.

Brad Jones Racing is, meanwhile, working to repair the Commodores of Nick Percat and Macauley Jones after qualifying accidents.