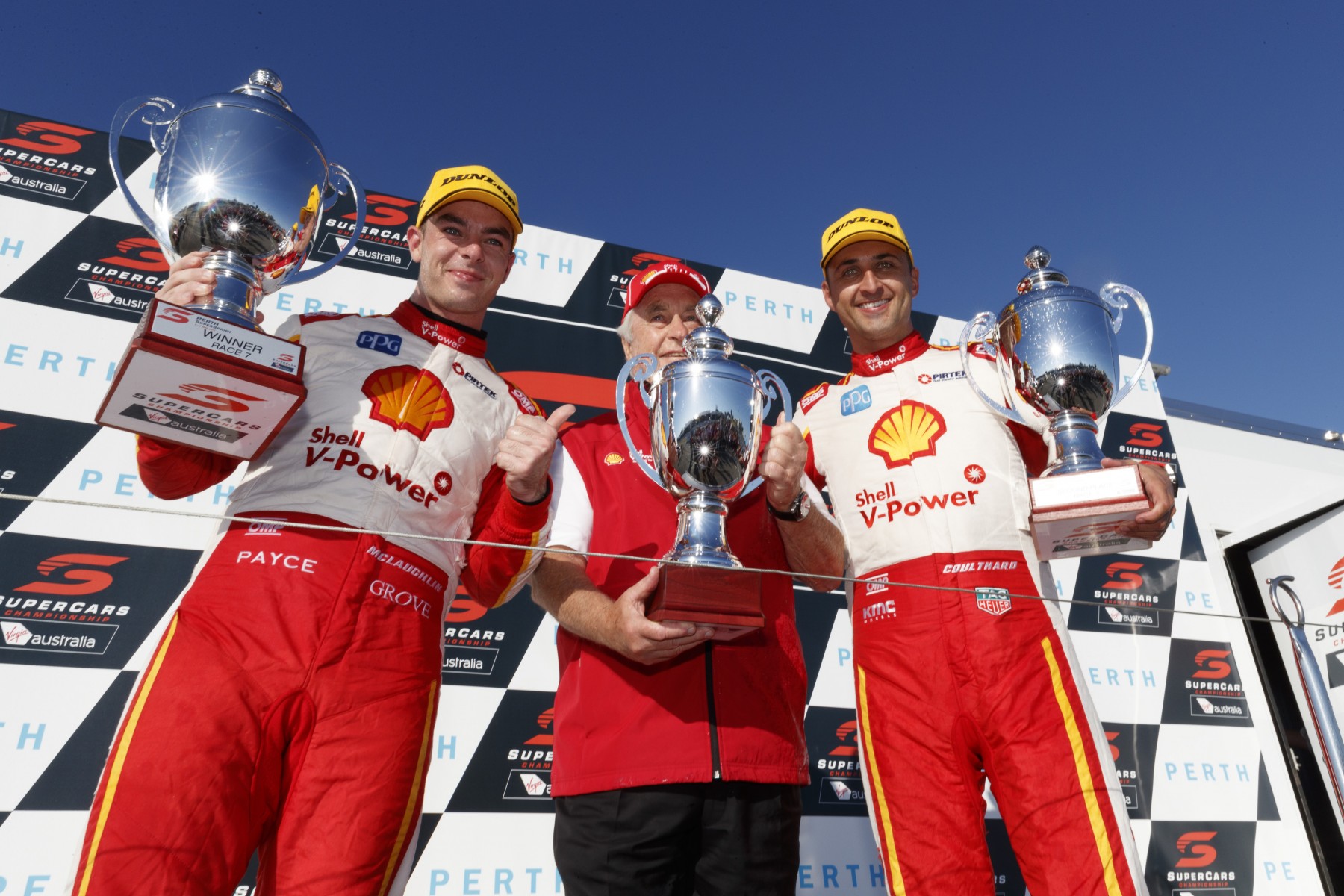 Scott McLaughlin says Shell V-Power Racing’s 2017 haul of Supercars silverware, and how early he started to collect it, was unexpected.

McLaughlin joined the Ford outfit this year from Garry Rogers Motorsport and ultimately finished second to Jamie Whincup in the championship, in a dramatic Newcastle finale.

The 24-year-old led the other major statistics in 2017, with eight race wins, 18 podiums and a new record of 16 poles in a single campaign.

Speaking on a team video, McLaughlin said the extent of the squad’s success was a welcome surprise.

“We didn’t expect, obviously, to have the haul [of trophies] that we have behind us,” he said.

“For us, at Shell V-Power Racing, we came into the year with a lot of positivity, a lot of new beginnings in some ways for a lot of the crew that were here.

“For me it was an opportunity of a lifetime.

“I expected to be winning, podiums and stuff as the year progressed, but to have it all happen very quickly, I’m absolutely over the moon, I couldn’t be more proud of the team.”

Before the start of this year - the third full season since Team Penske’s buy-in - the outfit last won during its Dick Johnson Racing days, at Queensland Raceway in July 2013 with Chaz Mostert.

Coulthard, who finished third in the championship, agreed with McLaughlin’s assessment of what he called a “fantastic” year.

“If you sat us down this time last year and said we’re going to achieve all these great things, I’m sure we would’ve taken it all with open arms,” he said.

“With our success this year, we know we can now go to each and every event and be contenders for podiums.

“Last year, we were wondering a lot if we could, but now we know we can. For 2018, that’s great for a driver’s confidence.”

Having joined the Shell Ford outfit one year before McLaughlin Coulthard believes the way the two Kiwis worked together was vital.

“Scotty and I, we’re all about the team and moving this team forward,” he said.

“The way we needed to do that was to be fierce rivals on the track, but off the track we needed to work together as well as we could as a driving group.

“It’s gone from being work colleagues to mates as well. We’ve got on great, had some great battles over the year, I think it’s been good to watch.”