A late Scott McLaughlin lap edged out Shane van Gisbergen in second practice for the Supercars season opener in Adelaide.

McLaughlin turned a 1:20.3567s after the chequered flag had been shown to finish on top, while 2017 champion Jamie Whincup had to settle for 16th after a mistake on his green-tyre run.

That had the Red Bull Holden Racing Team driver nearly half-a-second clear at the halfway mark, when the session was red-flagged after Cameron Waters crashed.

Waters ran wide into Turn 8 and made left-rear contact with the outside wall.

His brand-new Tickford Racing Falcon was then fired towards the inside wall on the run towards Turn 9, doing most of the damage to the front-right corner.

“It’s obviously pretty gutting to find the fence at Turn 8 in practice and give the guys a heap of work,” Waters said.

“I didn’t really do much different going in, it just got a bit loose on the entry and it’s just gone in the marbles and stuck me in the fence.

“The hit wasn’t actually that hard but it broke the steering and then I was a passenger. It was the second hit that did all the damage.

“I’m so gutted for everyone. The car was feeling pretty good. Hopefully we’ll get it fixed for qualifying.” 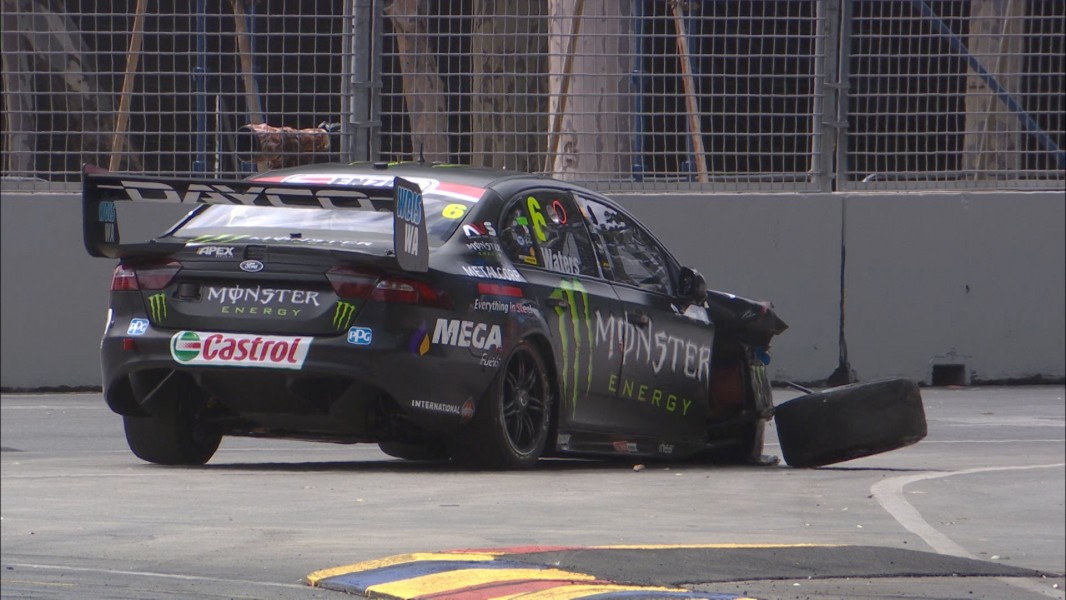 When running resumed, van Gisbergen’s closest challengers were Will Davison, McLaughlin and David Reynolds, before Chaz Mostert slotted into second with 12 minutes remaining.

Mostert had closed van Gisbergen’s advantage to 0.1560 seconds before the late flurry of flying laps, with Brad Jones Racing pair Nick Percat and Tim Slade jumping up the order.

McLaughlin fired in his time after the chequered flag had come out, and van Gisbergen couldn’t respond to the Shell V-Power Racing driver, losing time in the final sector to finish 0.0329s adrift.

“It’s tough work out there,” McLaughlin, who had a mishap entering pitlane early in the session, said.

“It’s a bit different now that the heat has come up, it’s quite loose.

“Through Turn 8 it’s very sketchy this year. They’ve resurfaced it and everyone thought it was going to be grippy but it’s probably looser. For us it is.

“I was surprised to be where we were, but I’m sure there’s a lot to come from people down the road.”

Percat, Slade, Mostert and Reynolds filled third through to sixth. 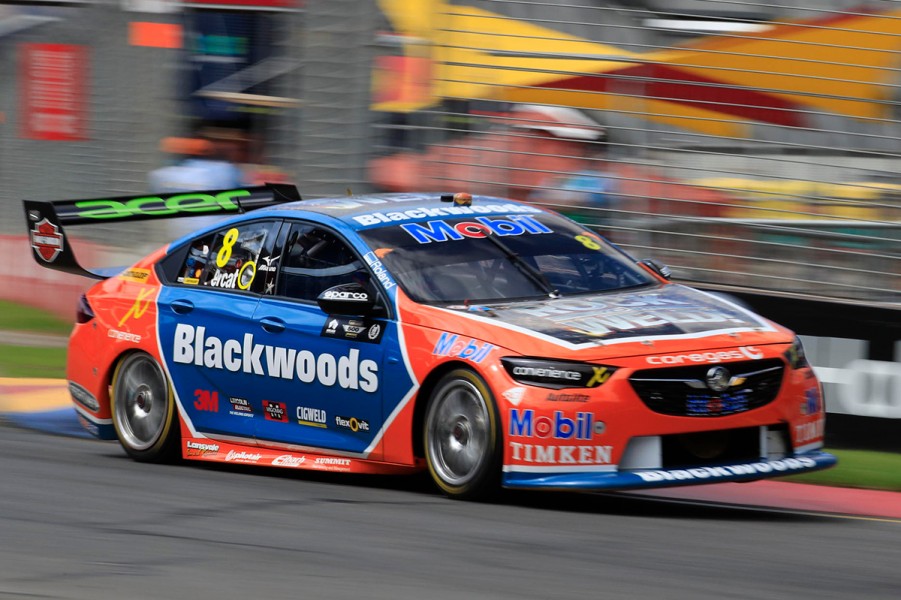 “I hate saying it because we’re at the front, but there’s still a lot to come from it," Percat said.

"I think if we can tidy up a few things there’s a good chunk of time in the car,.

“We’ve got the same engine package as the guys down the road [Triple Eight] now so it’s purely about tuning our chassis, which makes the sessions easier.

“I’d like to think we can find another three tenths in that final sector, it’s not nice coming back into the parklands.

"It’s too loose and it’s difficult to stop at the final one.”

Mark Winterbottom, Fabian Coulthard, Garth Tander and Will Davison with the new 23Red Racing completed the top 10, in an even split between the Falcon and new ZB Commodore.

Nissan trio Michael Caruso, Andre Heimgartner and Rick Kelly were 11th, 12th and 13th, while Craig Lowndes was the second of the Triple Eight drivers in 15th.

That put Lowndes one spot ahead of Whincup, who was half-a-tenth off top spot through two sectors on his penultimate flying lap before locking up and running wide at the final corner.

The Practice 1 pacesetter was one of 19 drivers, down to Waters, to lap within a second of the fastest time.

Garry Rogers Motorsport’s James Golding was the best of the rookies in 18th, while Tim Blanchard’s BJR Commodore shed a right-rear wheel on his way to rounding out the order.

ARMOR ALL Qualifying for the first race of the 2018 season starts at 3:50pm this afternoon.